Home to Burgundy and Bordeaux, France is the garden of earthly delights for the world’s wealthy oenophiles. A bottle of Château Haut-Brio will last the night, and tomorrow, a Cabaret will take its place. And so the days pass on, and Frenchmen continue to pluck the vine.

But not all is perfect in paradise. Ron Agam–son of Israel’s best-known visual artist Yaacov Agam–is crying anti-Semitism, and the source is Pauillac’s premiere winery, Château Mouton Rothschild. The company’s archive of label art has excluded the older Mr. Agam’s signature bottle, and his kid doesn’t think that the omission is a coincidence.

“The facts here are clear,” he said. “This is touching my father, the most famous Israeli artist in the world. He has collaborated with them and suddenly his work has disappeared.”

A few nights ago, Ron Agam was doing his standard Google search to see what the press was saying about him and his father. He was taken aback when he found a Jerusalem Post article on the death of Baroness Philippine de Rothschild, who served as the head of Château Mouton Rothschild until a month ago. While largely positive, reporter Adam Montefiore noted in his final paragraph that the Agam wine was not online.

“I don’t know why the only one missing is the one with an Israel connection,” he wrote.

Enraged by the news, Ron Agam took to Twitter, spreading his fury by claiming that the vineyard was prejudiced against Israelis. The allegation is buzzing in France’s finer corners. With reports of rising anti-Semitism catching fire, including a brutal masterpiece in the New York Times this week, Mr. Agam has been receiving calls all morning from incredulous Parisians who want in on the gossip. Yaacov Agam’s “Fire and Fountain” is a main attraction in Tel Aviv. (Photo by Neenah/Flickr)

When Yaacov Agam designed the label for Château Mouton Rothschild in 1984, he was friends with the current owner, Philippe de Rothschield. The Rothschields come from a Jewish tradition, and Mr. Agam was not the first Jewish man to work with the brand. In fact, the 1983 bottle was created by the magazine cartoonist Saul Steinberg–who fled Italy because of anti-Semitism under fascist leadership–and it’s comfortably situated on the Château Mouton Rothschild website alongside those of Picasso and Miró.

However, Mr. Agam was the first—and only—Israeli to craft a cover for the marque. Mr. Agam has long been celebrated for his aesthetically appealing odes to Judaism. His massive, 32-foot-high menorah sits between 5th and 59th, and his piece, “Faith-Visual Play,” was presented to Pope Francis by David Maimon this year. His son describes him as a “proud Israeli,” but he has never been especially vocal about his national identity.

When Yaacov Agam heard about his removal from the archive, he was shocked. He is the sole Israeli artist in H. Arnason’s History of Modern Art, and he’s one of the few representatives of Israeli art on an international scale. That his work might have been judged because of his origins and beliefs is unbearable, if not incredible.

“He was hurt and disappointed, and he couldn’t understand how they would do something like this,” his son said.

Meanwhile, Château Mouton Rothschild is trying to save face. Cécile Loqmane, the winery’s press relations representative, e-mailed Ron Agam to apologize for the fiasco. She blamed the confusion on a technological glitch and assured him that the webmaster was working on it.

“This ‘missing page’ is really not something we did on purpose for any reason and absolutly not an exclusion from our online archive by any way,” she wrote to the Observer. “It’s a lack of attention and we feel sorry about any inconvenience this may cause.” In 1972, Mr. Agam was asked to create a salon for the Élysée Palace in Paris. (Photo by Javi Masa/Flickr)

She emphasized that Mr. Agam’s label is included in Château Mouton Rothschild’s brochures and in its on-site collection, and she told a third party that the whole situation was “bs.”

The elimination of the 1984 bottle may indeed be a digital foible, but the timing isn’t working in the château’s favor. Mr. Montefiore’s piece was published on Sept. 4. Ron Agam has been trying to contact someone at the company for several days. It wasn’t until people started to talk that he received a response.

“If it was a technical glitch, it only takes about two minutes to put an image on a website,” he said. “They’ve been caught, and when you’re caught, you try to put up a defense. None of their arguments stand up. You have to call a monkey a monkey when you see one.”

Mr. Agam is noticeably furious. His anger is palpable from across the ocean. His voice shakes, and he rants more than speaks. Though he’s upset about a lot of things, perhaps the greatest blasphemy for him is the timing.

“You know the incredible story is that that happened to me on the eve of Rosh Hashanah,” he said.

Once he hung up, one can only assume that he returned to his worship, a glass of fine wine in hand. 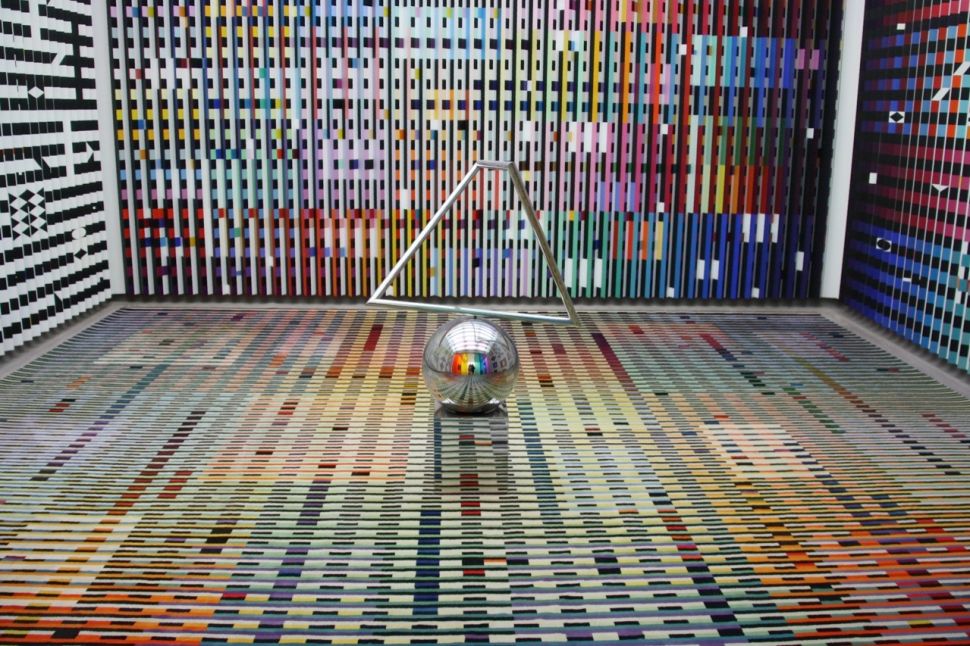