TRENTON – The Senate Judiciary Committee mostly enthusiastically backed Gov. Chris Christie’s nominee to the Board of Public Utilities, over a reluctant no vote from Sen. Mike Doherty (R-23) and one notable abstention.

Lesniak’s lack of interest in embracing Assemblyman Upendra Chivukula (D-17) goes back to the 2014 Democratic Primary in the 12th District.

Chivukula aligned himself on the ballot with the veteran senator’s longtime local foes: the group otherwise known as the Elizabeth Board of Education.

The assemblyman came in third in that race, behind the Democratic nominee Assemblywoman Bonnie Watson Coleman (D-15) and Senator Linda Greenstein (D-14). 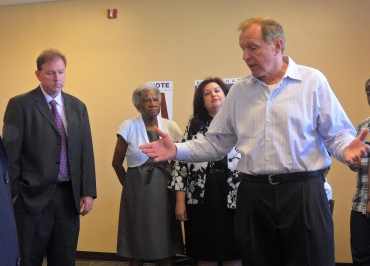