For Munir Avery, it paid to lose.

The Queens attorney, trounced this month in a three-way primary for indicted State Senator Malcolm Smith’s seat, quietly funneled more than $40,000 in campaign cash to his own law firm during and after the race. The eyebrow-raising move, while legal under New York State’s porous election law, has infuriated some of his bundlers and raised new ethical questions about the first-time candidate’s purpose for even seeking elected office.

But Mr. Avery claimed he simply selected the Law Office of Munir Avery because of its “experience, dedication and commitment to affordable legal services”–even though Mr. Avery paid his firm more cash than Gov. Andrew Cuomo gave to his ace election lawyer. “The campaign hired The Law office of Munir Avery for its experience in the legal compliance consulting field. If you look at the amount every other campaign spends for these services you will find this fee to be quite affordable and in sync with the industry as a whole,” Mr. Avery said in a statement.

“The campaign looked at several service providers and determined the Law Office of Munir Avery was the best option because of their experience, dedication and commitment to affordable legal services,” he added.

Practicing elder law and estate administration, Mr. Avery has served as a counsel to Queens Assemblyman Michael Simanowitz. The failed candidate’s law office website is a Tumblr page and sources say he is the firm’s lone employee.

Remarkably, the $40,852 spent on “legal compliance” fees to himself from July until 10 days after the primary represented about half of his total campaign expenses. In that time, he managed to raise more than $80,000, keeping pace with Mr. Comrie and Mr. Smith.

One government watchdog said it wasn’t “atypical” for a candidate to send money to his own law firm or staff, but questioned the sheer amount Mr. Avery spent and his lack of disclosure about its purpose.

“This definitely raises enough eyebrows for the Board of Elections’ new enforcement counsel to ask questions,” said Bill Mahoney, the research coordinator for the New York Public Interest Research Group. “Was he paying his colleagues for legitimate election-related expenses, or was his entire campaign a facade designed to funnel money into his own pockets?”

Mr. Mahoney noted that Mr. Cuomo, while trying to knock his primary challenger Zephyr Teachout off the ballot this summer, spent $31,500–almost $10,000 less than Mr. Avery. Mr. Cuomo’s attorney, Marty Connor, is a former state senator and is regarded as one of the top election lawyers in the state.

Muslim Democrats in the southeast Queens district were also infuriated with Mr. Avery, who is Muslim, when they realized he had poured so much of his campaign cash into his law firm. As a candidate, Mr. Avery sought to tap the support of the area’s growing Muslim population.

“Avery preyed on new immigrants eager to get involved in the political system,” said a Queens Democrat who received fund-raising solicitations from Mr. Avery. “They went around and promised them a campaign that would give them a voice on their issues. Instead they siphoned off money that could’ve been used to advocate for those issues.” 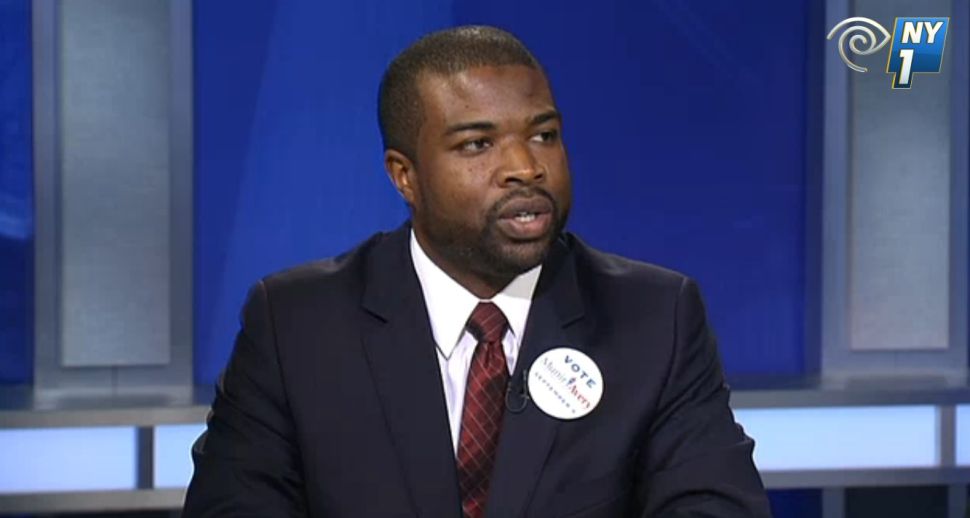