Council Speaker Melissa Mark-Viverito today endorsed Jesse Hamilton to take the place of his mentor, Brooklyn Borough President Eric Adams, in the State Senate–bucking her close ally Mayor Bill de Blasio and former employer 1199 SEIU, both of whom have endorsed Rubain Dorancy for the seat.

Ms. Mark-Viverito said she supported Mr. Hamilton–a former counsel to Mr. Adams–because of his past work in the central Brooklyn district.

“From his days as a School Board President to his job running a Senate office that helps thousands of Brookynites navigate government, Jesse Hamilton’s record is a record of service,” Ms. Mark-Viverito said in a statement sent to the Observer. “Jesse knows how to deliver for this community because he’s been doing it for years – whether by reducing gun violence, fighting for affordable housing, or creating jobs in Brooklyn. I’m proud to stand by his campaign, and look forward to working with him in the years to come.”

Mr. Hamilton, in turn, praised the speaker and promised to work with her to promote liberal issues at the state level next year.

“It’s deeply humbling to receive the support of an elected official I respect and admire as much as Melissa Mark-Viverito,” Mr. Hamilton said. “For as long as she’s been in the Council, Melissa has been a powerful voice on the progressive issues that matter most to working families in our city. I’m proud to call her a friend and ally in this fight, and look forward to working with her after taking office next year.”

But her endorsement sets her at odds with some of her closest political friends–including Mr. de Blasio, 1199 SEIU and the labor-backed Working Families Party. Before winning her seat in the Council in 2005, Ms. Mark-Viverito worked as an organizer for 1199 SEIU, and Mr. de Blasio and the WFP were instrumental in securing her the Speaker’s position after she won re-election last year.

Ms. Mark-Viverito represents parts of Manhattan and the Bronx, and so her district does not overlap with the one Mr. Hamilton seeks to represent. 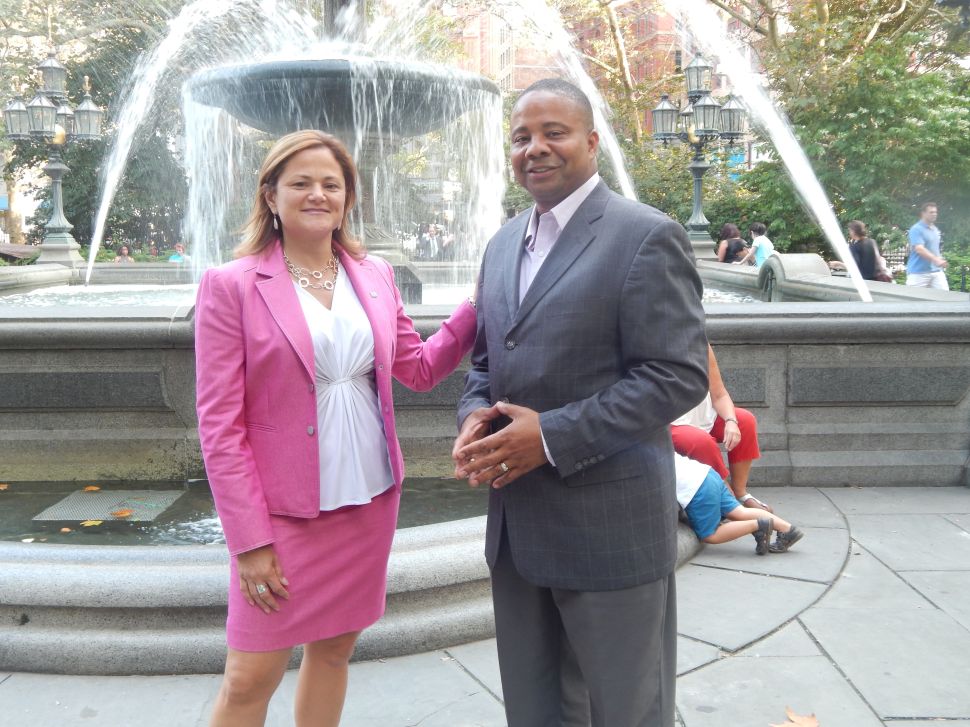