Appearing with Mr. Perez at an event in the Bronx announcing a minimum wage hike, Ms. Mark-Viverito showered praise on the presidential appointee–a veteran of both the Clinton- and Obama-era Justice Departments. The speaker argued this experience made him an ideal candidate to take Mr. Holder’s spot as the nation’s highest lawman.

“I’m a real fan of our secretary of labor,” Ms. Mark-Viverito said at the podium. “So I’d like to say it here publicly, I’m the first one to sign up to recruit you to be our next Attorney General, and to continue to build on the work of our great Attorney General Eric Holder.”

Mr. Perez, the son of immigrants from the Dominican Republic, laughed in response. Ms. Mark-Viverito assured him he did have to immediately respond to her nomination.

“You don’t have to say anything, it’s on me!” Ms. Mark-Viverito said.

“I’m known for being a little bit of a Twitter freak. I used tweet about the decisions he used to make at the Department of Justice, because he has really stood strong and has an incredible trajectory,” Ms. Mark-Viverito said.

Ms. Mark-Viverito is not the first to suggest Mr. Perez as a potential candidate for Mr. Holder’s position. Politico named him as being one of the people on the White House’s short list for the job last week.

There’s been no shortage of speculation in New York about who will take over for Mr. Holder — U.S. Attorney for Manhattan Preet Bharara was also asked about his interest in the job today. 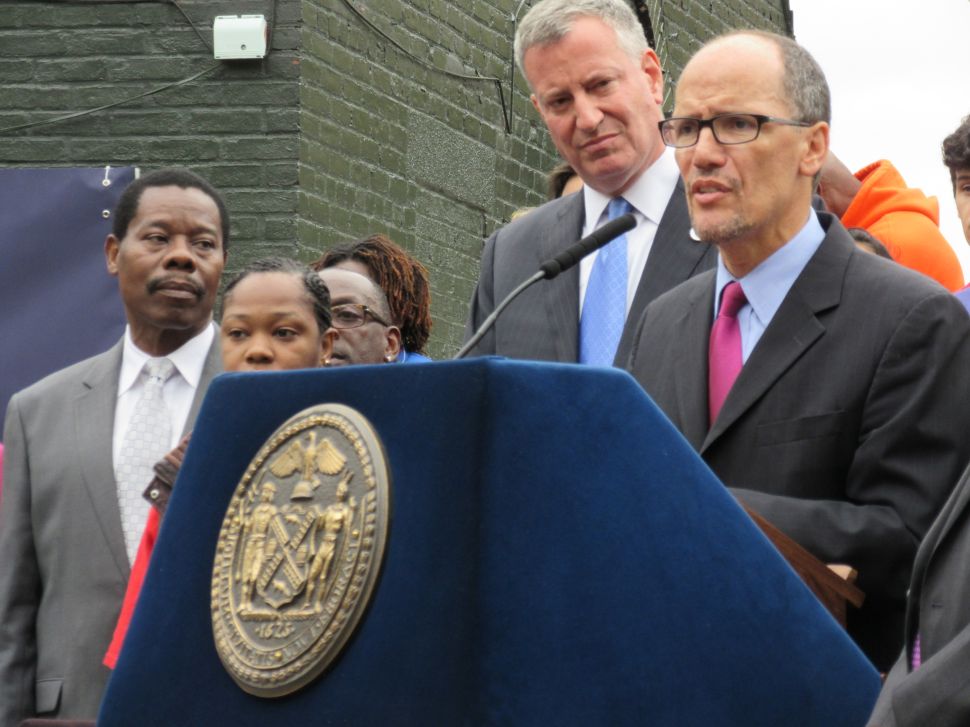