Nicely done, Hails. Not many people can pull off frilly undies as outerwear. (Photo via Getty)

Seventeen-year-old model Hailey Baldwin was conspicuously absent from the runways during New York Fashion Week, but she made up for it by floating down the Topshop Unique runway in London wearing a yellow sweatshirt and pair of frilly blue tap shorts.

Ms. Baldwin is part of a clique that includes her cousin Ireland Baldwin; Kendall and Kylie Jenner; and Gigi and Bella Hadid. Their more famous relations may be stuck firmly on the C- and D-lists (well, besides Ireland’s dad Alec), but the girls are taking high fashion by storm.

That’s why many were surprised that Hailey didn’t appear on any runways in New York City last week. Sure, she popped up at a few parties and was photographed at the Polo Ralph Lauren demonstration in Central Park, but she didn’t walk a runway until yesterday in London.

And she was in good company — Cara Delevingne and Jourdan Dunn also appeared in the Topshop show.

We’d say, “Not bad for a first-timer,” but this wasn’t Hailey’s runway debut, as some other outlets are reporting. She also walked in the presentation for Evening by Sherri Hill in the spring. She was sent out in a prom-ready neon-green ensemble, which was age-appropriate if nothing else: That Trump Tower show also included appearances from the Duck Dynasty gang, of all people, so it’s safe to say Hailey is moving up in the world.

She was only in London for 24 hours and now appears to be back in her native NYC working on something for Juicy Couture:

The stunner hasn’t appeared in any print campaigns yet. But at this rate, she just might catch up to her pal Kendall Jenner, whose career is red-hot right now. 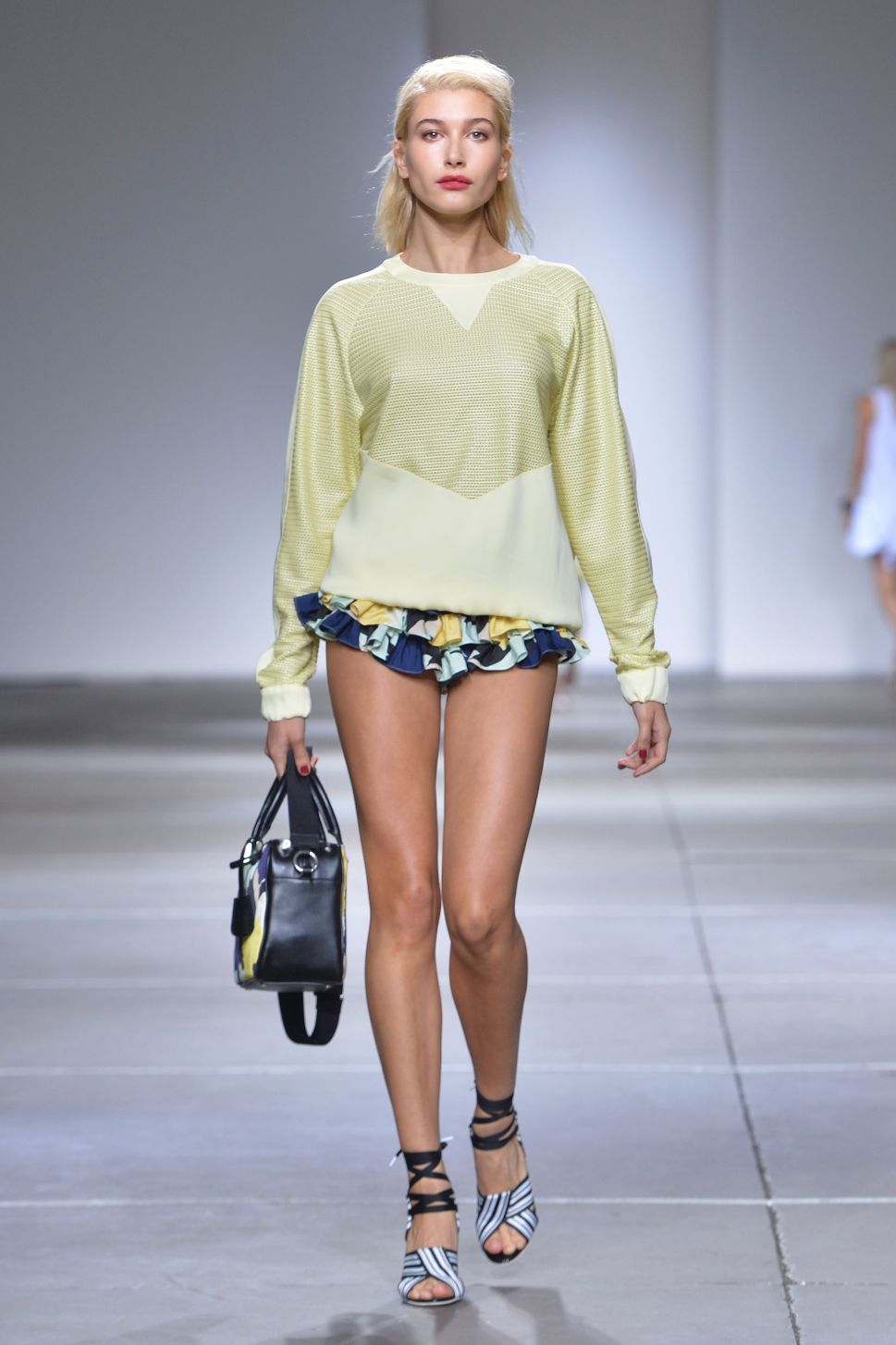