How the estate of late banking heiress Bunny Mellon is unloading her remarkable collection—record-breaking private sales and six auctions at Sotheby’s, to start. [Bloomberg]

All the fancy fashion glossies are getting excited about “Killer Heels: The Art of the High-Heeled Shoe” an exhibition about high heels at the Brooklyn Museum. Though if you really want to see an exhibition about high heels, just go to Chelsea on a Thursday from 6:00 until 8:00 on the one day when both Fashion Week and the Fall openings are in full swing. It got pretty dicey out there. [W]

All week, the world waits with bated breath until Friday, when The New York Times runs art columns by its critics. Here’s Ken Johnson on “A Brief History of New York” at the New-York Historical Society: “Illuminated behind glass walls in an otherwise darkened, oblong room the size of a billionaire’s walk-in closet, the exhibition presents an intriguingly eclectic collection.” [NYT]

And Karen Rosenberg on “Francesco Clemente: Inspired by India,” at the Rubin Museum: “The exhibition is also something of a comeback, the first Clemente retrospective in New York in more than a decade, although at just 20 works or so, it’s not exactly comprehensive.” [NYT]

And then Roberta Smith pens a tiny elegy to the much missed Rene Ricard, calling “Remember,” a show of his work at Half Gallery, “a poignant reminder of the polymorphous talent and erudition of the poet, painter, aesthete and man about town.” [NYT]

Danish artist Olafur Eliasson returned to a museum where he once won a breakdancing competition as a teenager. Another fact: Back in the day, he called his team of breakdancers the “Harlem Gun Crew,” which strikes us as a highly inappropriate name for a group of pimply Scandinavian 15-year-olds. [The Art Newspaper]

The Guardian (which is going full David Letterman with these lists on Fridays, if you’ve been keep up with Morning Links) has released its list of The Top Ten Self-Portraits In Art. Honorees include Hockney, Picasso, Sherman, Emin and Kardashian. [The Guardian] 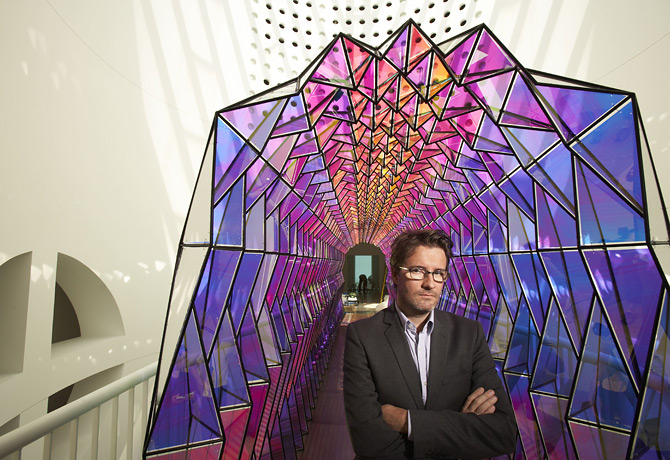