Update #2: Overwhelmed by the deluge of new users, Ello almost choked off all access for new members, but have gone all-hands-on-deck to keep Ello alive and soldier on through the hype.

Update #3: Brands are showing up like crazy to make profiles on Ello. Will it undermine everything Ello stands for? Nah.

When we broke the news of Ello’s impending launch last March, we worried it might be destined for obscurity, like the thousand other failed, would-be Facebook competitors. But the mysterious social network and anti-Facebook hideaway has suddenly exploded in popularity as Facebook has begun driving away artists, performers and the LGBTQ community.

When they started their roll-out in July, Ello got a few sign-ups from the mailing list generated from word-of-mouth buzz. Each day after, they grew twice as large, which ramped up to three times as large each day. Then, after The Daily Dot declared yesterday that “the great gay Facebook exodus” had begun, interest in Ello went nuclear. Ello’s founder told Betabeat that he’s seeing 4000 new signups each hour. People are frantically tweeting each other about Ello, and traffic on our Ello stories from six months back has exploded.

So what is Ello? Ello is an anachronistic social network designed by Paul Budnitz, designer toy maker, bike builder and author extraordinaire. It’s a social network with a manifesto — a grandiose cry for social networking that empowers people, and against social networks that lie, manipulate you and treat you like a product.

This writer has been lurking Ello for the past few weeks to get a feel for the interface and community. It’s like a paired-down mix of Tumblr and Facebook, only more sleek and clean, with panels and buttons designed to be so sparse that they hardly infringe on the white space of each page.

To add friends, you sort them into one of two categories, “Friends” or “Noise.” Browsing your Friends is like seeing a Facebook news feed with large-format updates, where looking at the Noise compresses everything down into a cascade of bite-sized bits, like power-browsing someone’s Tumblr archives.

Most of the users so far are a culture club of coders and visual artists. Built with these users in mind, the visual content takes center stage — the text is shown in command-line courier, and the menu bar can recede quickly if you click it away. And of course, there are no ads anywhere to be found.

“When a network is run for advertisers, the advertiser is really the customer,” Mr. Budnitz said. “That really goes against what a social network is. When you’re putting up artwork, or something you wrote or created, and there’s an add for underwear, it conflicts in a violating way.”

Ello began as a private network among a group of artists and designers led by Mr. Budnitz, but now, Ello is starting to outgrow its art house roots, and not just by word of mouth referrals. Facebook recently began cracking down on people with unverifiable names, or anyone who uses an alias. Sure, this cuts down on the number of trolls and spam accounts, but it also makes no allowances for people who need to hide their identity for reason of self-expressions or safety. It’s given Ello a completely new target audience, beyond designers looking for a cleaner user interface for showcasing their projects.

“Artists, bloggers, people who are concerned about privacy, people who have had problems with stalkers, celebrities, and members of the LGBTQ community sometimes choose not to use their real names — out of personal preference, or to protect themselves,” Mr Budnitz said. “All these people are being kicked out of Facebook.”

Even before Facebook started purging users it didn’t see as legitimate, other small communities were forming on Ello, including a group of German designers and a small goth collective (“Don’t ask why, I don’t know,” Mr. Budnitz said). Mr. Budnitz welcomes the Facebook refugees with open arms. Shrouded identities may muck up Facebook’s targetable demographics for the sake of advertising, but Ello has no reason to out its users.

“Ello doesn’t mine or sell data or have ads, so we invite people to be who they want to be on Ello” Mr. Budnitz said. “There is no reason for us to require people to use real names.”

Ello is still growing, and anyone visiting the site can speak openly with Mr. Budnitz and the Ello team, or check up on the new features Ello is adding (comments are in, but reposts are still around the corner). In the meantime, the Ello team is adjusting to the new users — they had to figure out how to add umlauts to usernames just for the Germans — and adapting rapidly to make it a seamless, safe and exciting place to be for whoever shows up. 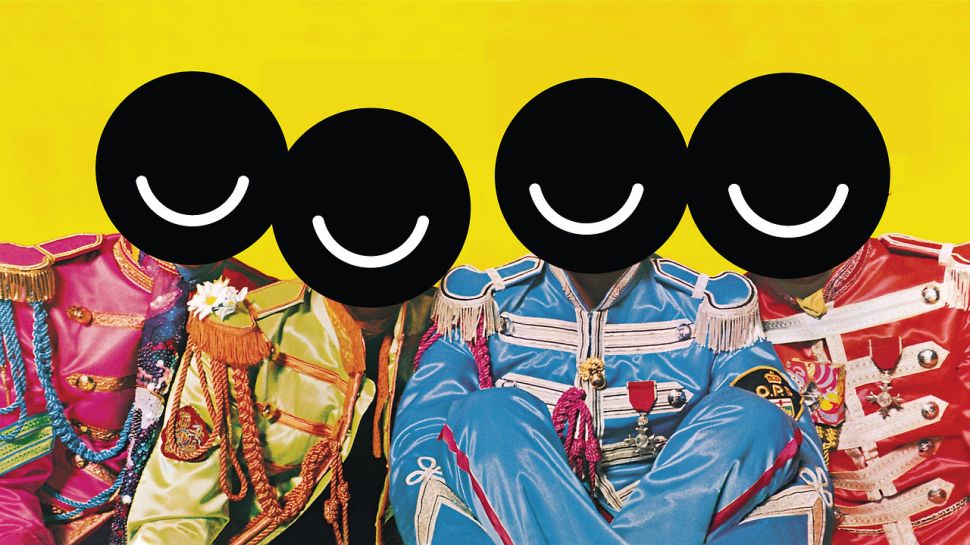