“ABC-NJ believes that all contractors should receive equal consideration when bidding on private construction projects, based solely on their merits and ability to perform the work. We believe that requiring PLAs on private development simply because the developer receives favorable tax treatment violates state and federal law, is overreaching, and puts thousands  of contractors at a disadvantage,” said ABC-NJ Vice Chairman Greg Sykora.  “Essentially, Jersey City has been saying that ‘non-union contractors need not apply, even though the vast majority of contractors in this state are in fact non-union and employ most of the construction industry workforce. Why should the market be closed to everyone but a small percentage of contractors who have union relationships? Let all workers have an equal chance to participate. Isn’t that the American way?’”

Unique to the construction industry, a PLA is a collective bargaining agreement with one or more labor unions entered into before work on a construction project begins. The National Labor Relations Act permits construction employers to execute a PLA voluntarily, but when a PLA is mandated by a government agency, contracts can be awarded only to contractors and subcontractors that agree to the terms and conditions of the PLA. ABC-NJ has been actively involved in combating the improper use of PLAs that prevent its members from getting work for which they are otherwise qualified. ABC-NJ asserts in its complaint that non-union contractors forced to adhere to a PLA face significant burdens. These include the requirement to employ union members over their own employees, and a limitation on the ability to subcontract project work, since even subcontractors must agree to sign on to a union labor contract.

The PLA mandated by the Jersey City ordinance also requires that  contractors participate in an apprenticeship program operated by a labor union, and that 20 percent of the man hours on a project be performed by “apprentices” who live in Jersey City. ABC-NJ’s suit also maintains that these requirements violate rights protected by the U.S. Constitution.

“We will defend any lawsuit as the bottom line is that the Jersey City policies that we have used have put more people to work than anywhere else in the state of New Jersey, and we are proud of that,” said Jersey City Mayor Steve Fulop in response to the lawsuit. “What we are doing in Jersey City is working and as a matter of fact the Project Labor Agreements apply to projects with abatements only in exchange for the unions giving Jersey City residents a formal career structured training path.” 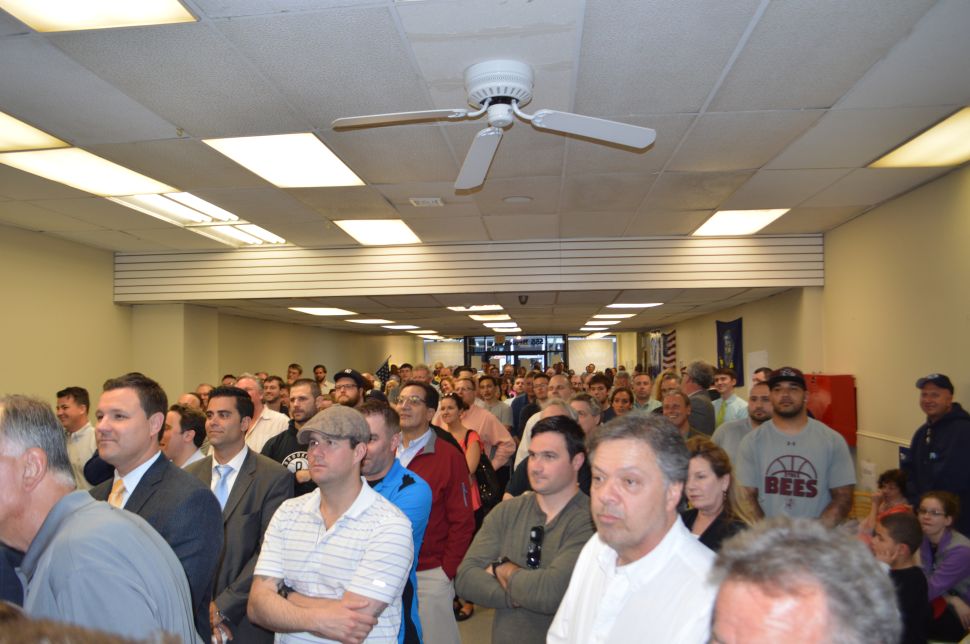