In the wake of this summer’s costumed-controversy, new legislation has been proposed to regulate the famous costumed characters of Times Square. After the arrests of a few spandex-clad superheroes for “aggressive panhandling”, a new bill proposes costumed performers will have to purchase a license to work in the popular tourist-hub. New York Magazine reports that the bill will be presented to the City Council on Wednesday.

The plan, proposed by Bronx Councilman Andy King and the Times Square Alliance, will require costumed workers with covered faces to register with the Department of Consumer Affairs before resuming their usual posts in Times Square. The registration process will include a background check and will force the workers to wear badges with a photo, legal name, and identification number. There will also be fines for any “aggressive” behavior, loitering in the street or standing too close to the subway. The goal of the bill, according to The New York Times, is to both protect tourists from crazed characters and the characters from police action.

The registration will cost $175 and must be renewed every two years. According to New York Artists United for a Smile, that’s a steep asking price from people who subsist off tourists’ spare dollars and change. The workers earn an average of $60 – $80 dollars a day, the only income for many, spokesman Alex Gomez said.

As the Observer previously reported, NYAUFAS emerged from a partnership between the largely-immigrant workers and the immigrant rights’ group La Fuente. While the Times reports that Mr. King’s bill is not an immigration issue, nor anything targeted at Latino workers, NYAUFAS regards this as “targeted legislation that isn’t helping anyone.” Mr. Gomez cites the flyers distributed by the NYPD which discourages tourists to donate to the costumed-clad as “harassment.”

“We disagree with the need for this kind of regulation,” Mr. Gomez said. “There are already sufficient laws in place which govern proper conduct in regards to this issue.”

NYAUFAS is looking to initiate a discussion with the NYPD and the Times Square Alliance to handle this situation without costly licenses.

“We’re just advocating for the good apples,” Mr. Gomez said. “It’s the NYPD’s job to handle the few bad ones.” 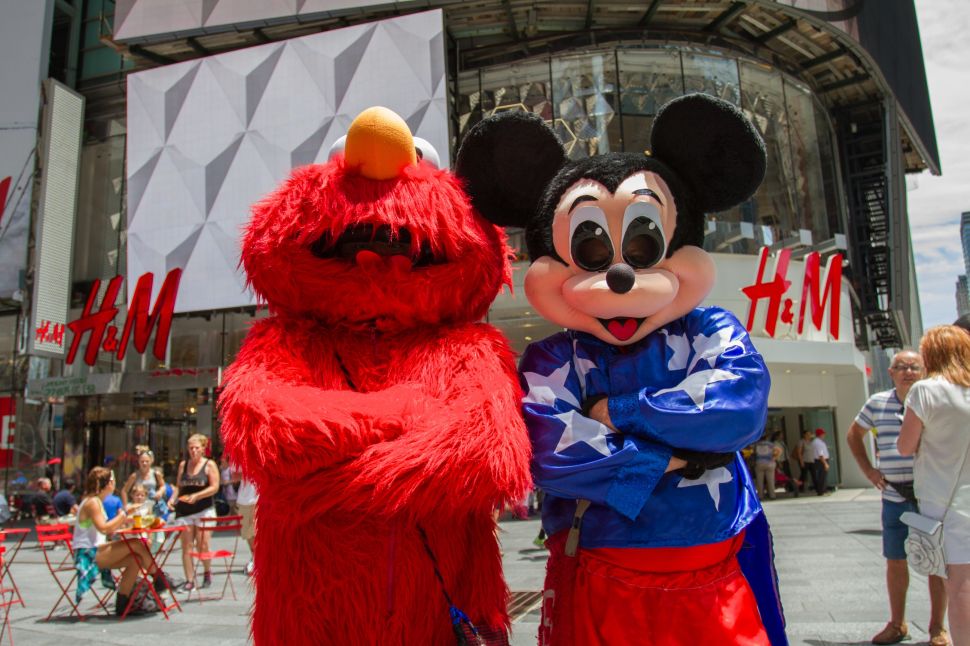