NEWARK – More than 150 Newark public high school students left class on Tuesday morning and converged on Military Park in downtown Newark to teach their ongoing theme: School Superintendent Cami Anderson must go, and local control of the city’s schools must be restored.

“We’ve decided to continue to escalate our protests because Cami Anderson continues to ignore us and ignore our demands,” said Newark Student Union President Kristin Towkaniuk, 17, a senior at Newark’s Science Park High School, standing amongst students from Arts High School, Science Park High School and Central High School. “We still have four demands. Cami Anderson must go. We want to stop the One Newark plan. We want Governor Chris Christie to host a town hall meeting here in Newark. Most importantly, we want to regain local control of our schools. If we had local control, the situation we are in wouldn’t have happened.”

Tuesday’s student protests are part of a continuing community outcry against the One Newark plan, which Anderson announced in December. The initiative includes the expansion of charter schools, which already serve approximately 20 percent of the city’s students, as well as the closure or consolidation of certain public schools.

One facet of the plan is that instead of permitting parents to pick the school closest to their home, the new enrollment model allows them to research schools and rank their preferences for public or charter schools throughout Newark. Yet although this component of the plan was meant to improve the city’s public education system by increasing student options, the initial results have left many parents frustrated and confused, with some parents calling for a boycott of the city schools.

Students at Tuesday’s protest echoed their parents’ concerns about the future of Newark’s public schools.

“My sister is about to start high school next year, and I don’t want her to be affected by everything that’s happening now. There are 8,000 kids who don’t know where they’re going to school now because of Cami Anderson’s One Newark plan,” said Nenseh Koneh, 16, a junior at Science Park High School, referring to problems with student enrollment this year. “If this plan works so well, how come there are kids who have to struggle to go find somewhere to go to school that’s not even in their neighborhood?”

More student protests are planned on Wednesday in front of the Newark Public Schools’ downtown headquarters.

“Our recent efforts to bring greater excellence, equity, and efficiency to our public school system is a direct response to family demand for better options and opportunities. While we have responded with urgency, we also know that change is hard,” said Assistant School Superintendent Brad Haggerty in a written statement. “We are supportive of our students expressing their views on important issues and remain committed to continuing discussions with those who have concerns; however, every minute of instructional time counts and we must unite as a community in delivering this message to our youth.”

Other community organizations joined Tuesday’s protest and spoke to the students as they conducted civics workshops on topics such as the Fifth Amendment in the park.

“Don’t stop marching. Don’t stop at Newark. Link up with other students groups around the state, and have a march on Trenton,” said Lawrence Hamm, the New Jersey state chairman and founder of the People’s Organization for Progress. “Take it down to the State House. Take it straight to the government.”

But at least one Newark student protester thought that she shouldn’t have to take a trip to Trenton.

“We want Chris Christie to hear what we have to say, and we want to hear what he has to say, right here in Newark. We want a personal conversation with him,” said Sara Shah, 15, a sophomore at Science Park High School. “It’s so much easier if he just comes here. We can get it done.” 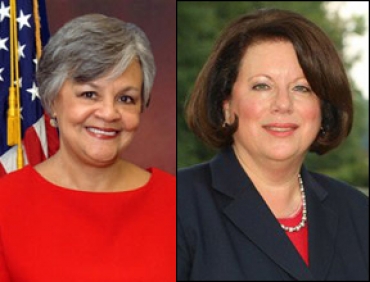