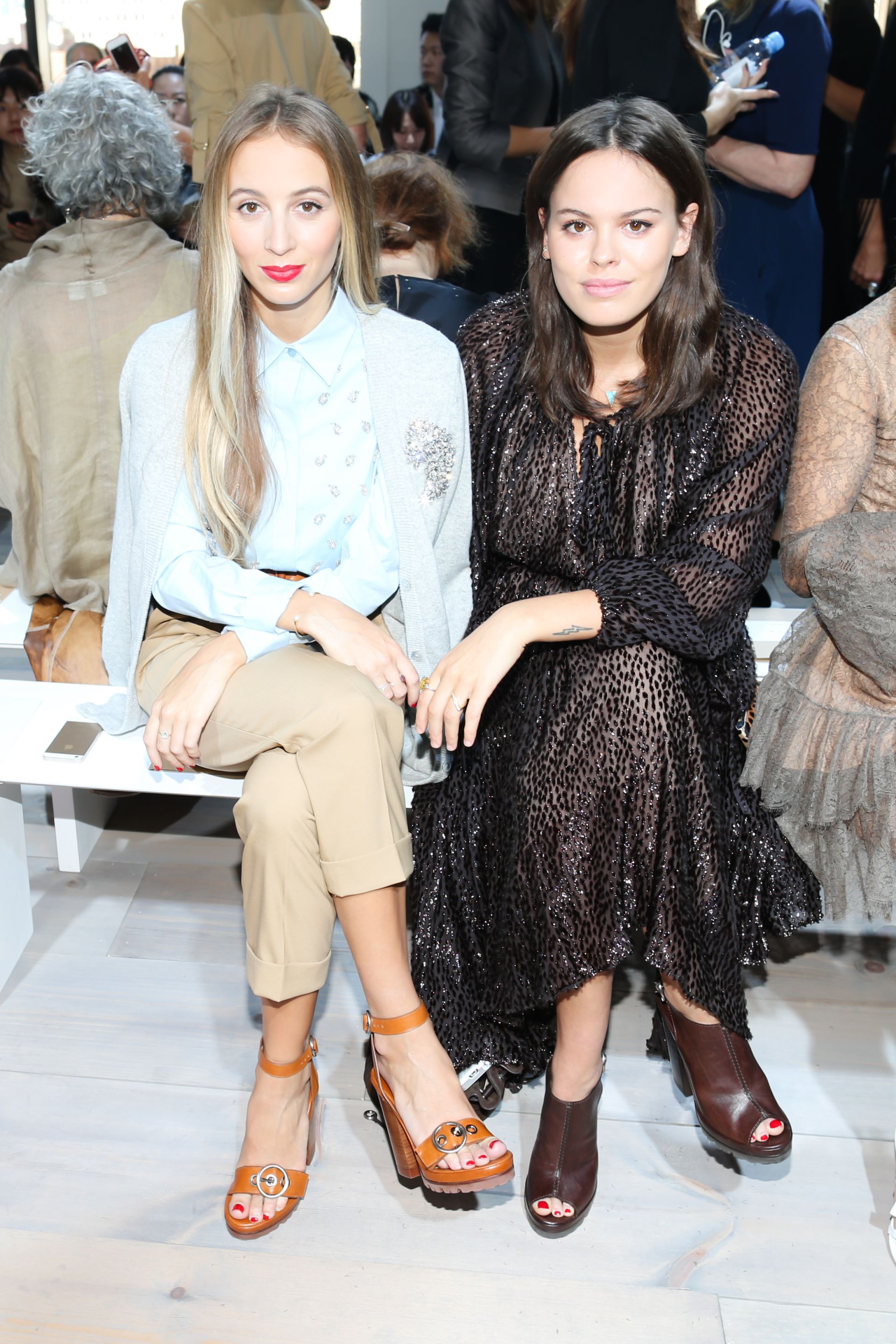 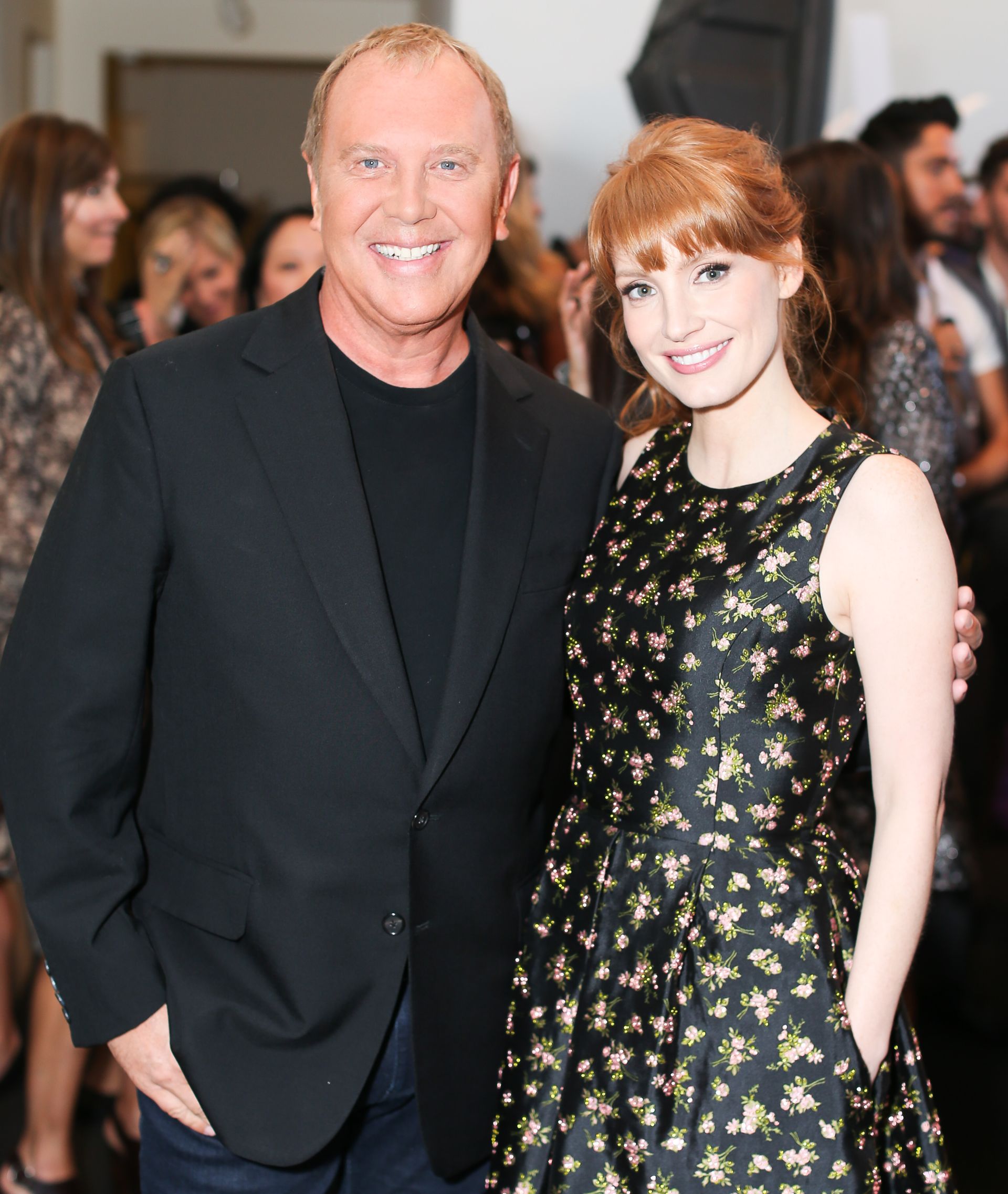 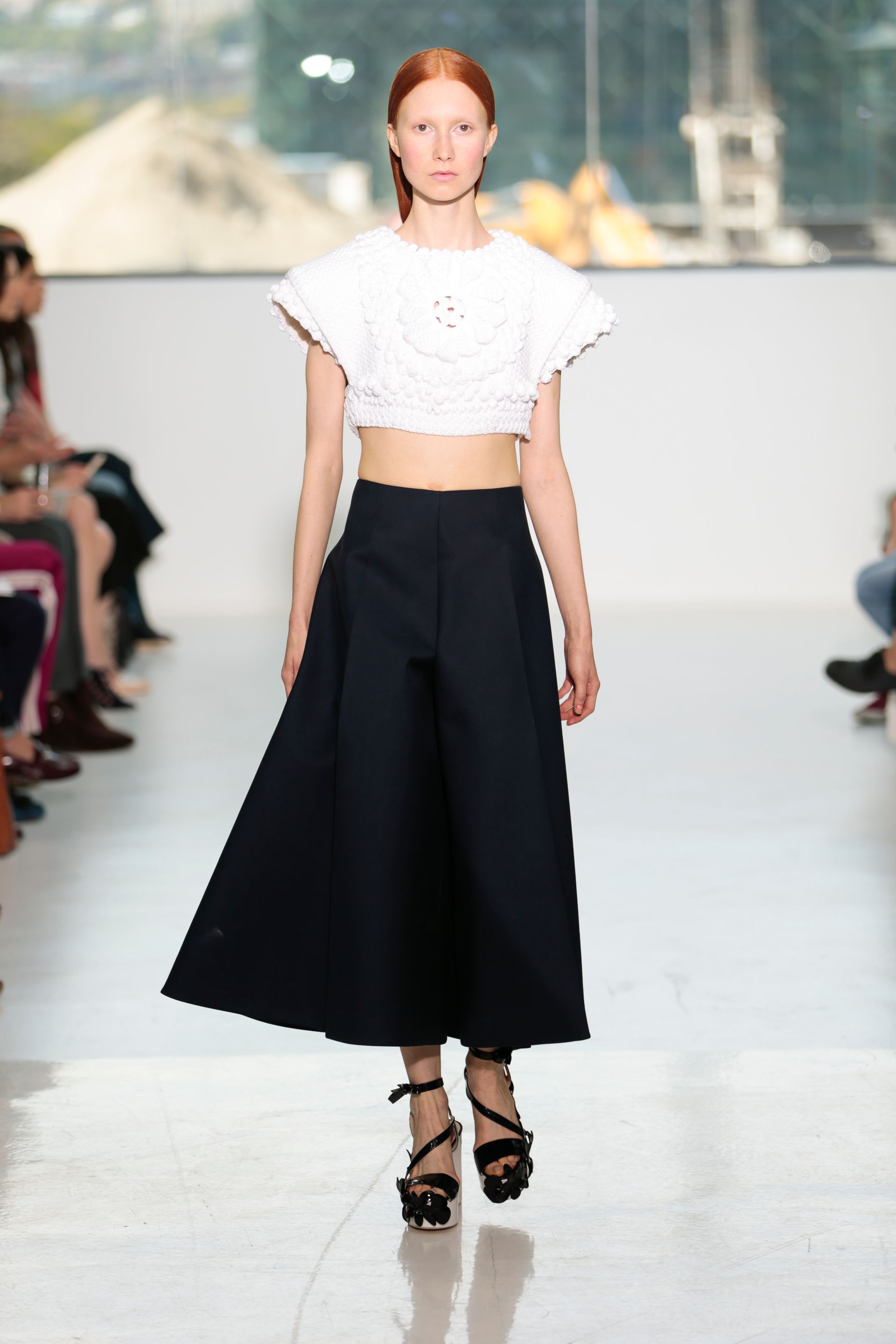 A look from Del Pozo 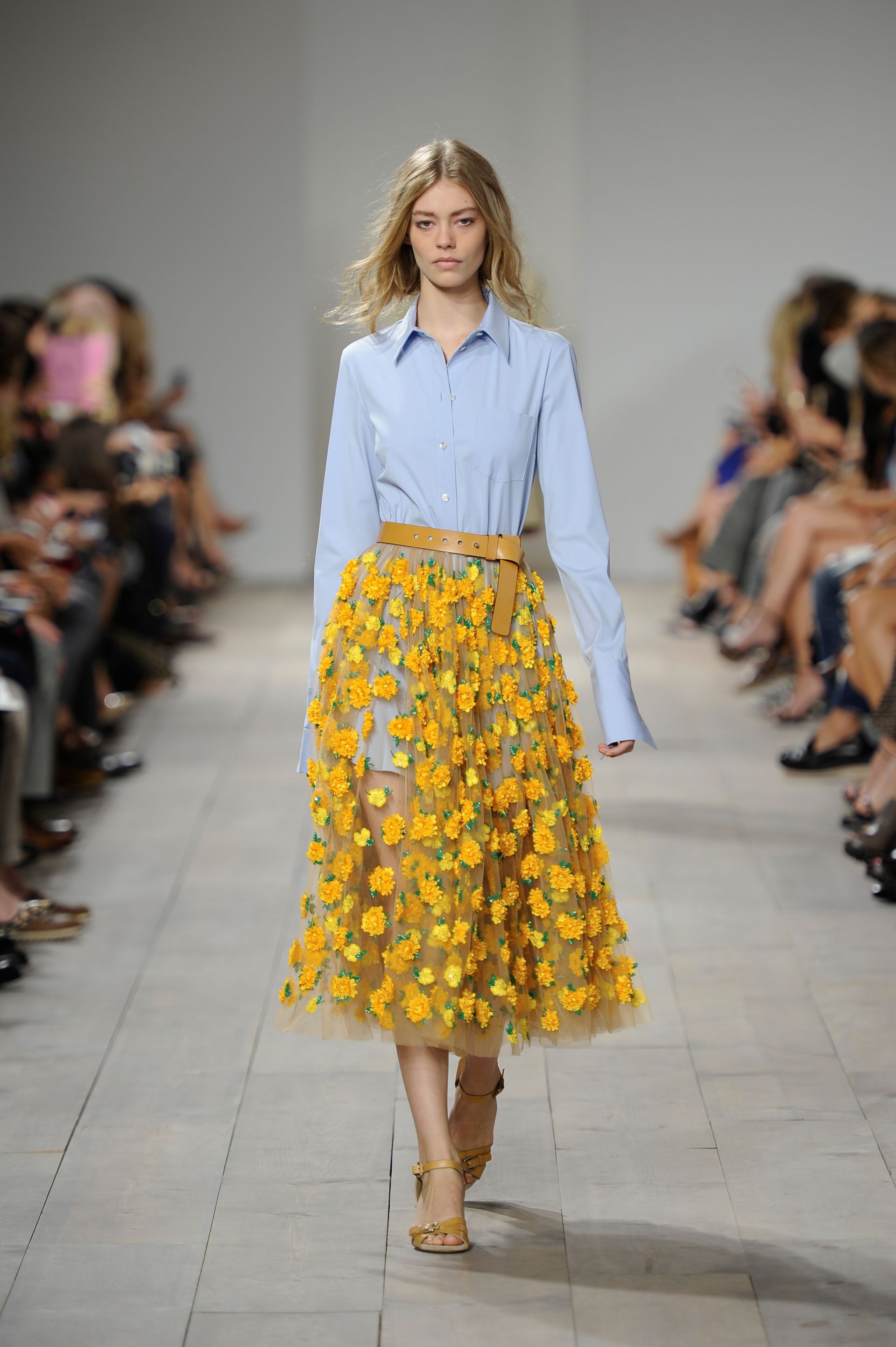 A look from Michael Kors
Advertisement 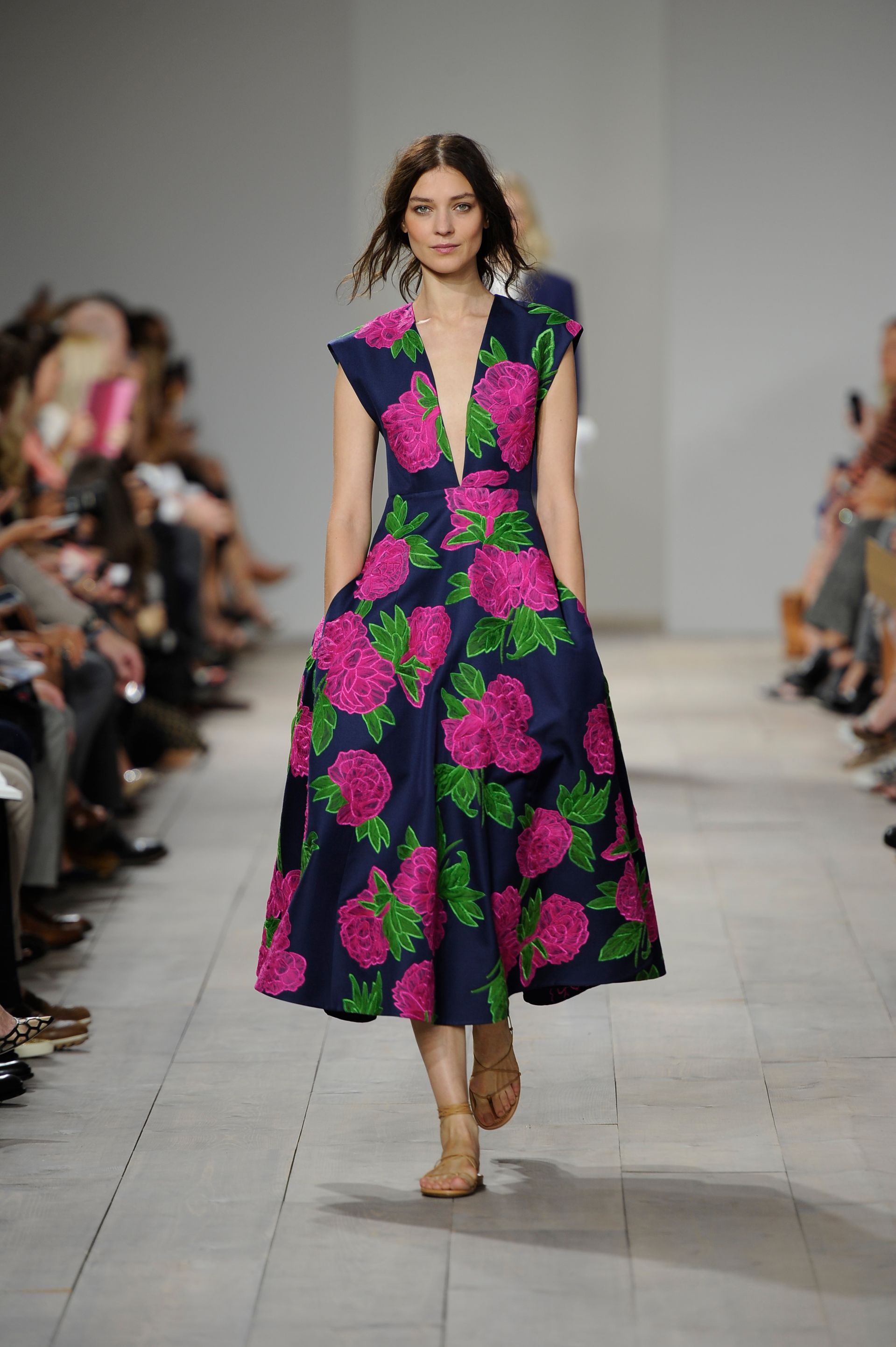 A look from Michael Kors 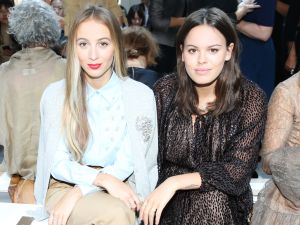 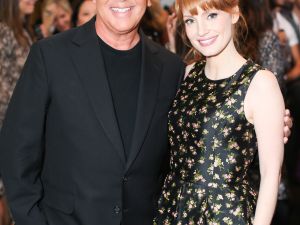 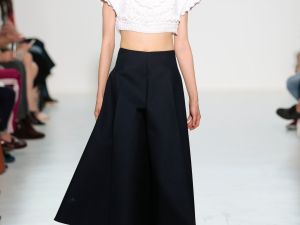 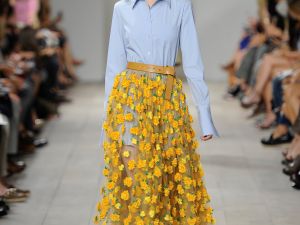 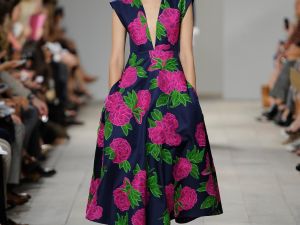 Sweet sweet Wednesday of Fashion Week, the beginning of the slow denouement that will close out this New York story Thursday evening. But we’re not there, yet. As editors compared schedules, there was still more to see, even if not with the ferocity of the weekend. Michael Kors woke up show-goers Wednesday morning with his usual 10 AM time slot down at Spring Street Studios. Always one of the more festive, popular shows of the week, Kors did not disappoint with an energetic, optimistic collection. Just when Kors seems to be catering to the uptown set – his biggest fans, no doubt – he threw in cute floral rompers and sexy cut-out dresses for the likes of his younger audience, who included on this day Poppy Delevingne, Jessica Hart, Olivia Munn and Jessica Chastain.

Then it was off to the Del Pozo, where creative director Joseph Font sent out a variety of sportswear, day dresses and gowns that toyed proportion and texture in a most charming way. Culottes in bold shades of red and blue were wider than wide, the skirts in geometric pops of navy, white and green were fuller than full, especially when paired with a bandeau top (yes ladies, it’s still about the midriff) or casual button down. King of casual Steven Alan also showed yesterday at Industria Studios. Fans of his raced downtown to catch his line-up of relaxed day dresses and separates, in shades of white, washed out stripes or denim. It was a chic and simple collection that most women would be happy to wear on a spring weekend. Then it was off to the Hugo Boss women’s show, now under the stewardship of designer Jason Wu. Unlike his eponymous label, which features classic, feminine clothing, Mr. Wu turned to the legacy of Boss and presented a masculine collection of crisp white shirtdresses, graphic pencil skirts and crisp, concise, body-conscious pieces that were harder and perfect for the today’s modern taskmaster.

Meanwhile, Elizabeth and James – Mary-Kate and Ashley Olsen’s younger line – showcased a beachy, California vibe complete with six surfboards propped against the wall. They showed casual, boyish cotton skirts with knit serape tops and palm tree printed separates, some with a hint of a swimsuit beneath – the type of clothing to wear walking Abbott Kinney. Anna Sui had her signature show at Lincoln Center at 6pm – always a rock and roll spectacle with mismatched prints, hippie references in the form of graphic tees, crocheted dresses, fringed handbags and florals mixed with metallics. Finally, Proenza Schouler closed out the night with Jack McCollough and Lazaro Hernandez’s version of “American sportswear.” In their minds that meant laser-cut parkas, color-blocked leather dresses, polos with leather panels and leather tee-shirts and pants. There was also a wealth of the brand’s must-have accessories, in the form of low-slung shoulder bags and fringed high heels. Most definitely the land of the free.