De Blasio’s mandatory inclusionary zoning plan will not necessarily up the percentage of affordable units that developers are required to build, Crain’s reports, but will focus, instead, on requiring developers to build a lower percentage without subsidy, something close to the current 20 percent, offering money only for larger targets. “Mandatory inclusionary will set the floor for what a developer has to provide in order to build a building,” deputy mayor Alicia Glen told the paper. “So in some markets, that may be 15%, or it could be 20% or 25%—we haven’t identified a number that will be required across all building types.”

The model is already being tested out in the form of Astoria Cove, the controversial Queens project that local officials and residents have claimed will raise prices in the neighborhood. The project, which raised its hand to participate in the mandatory inclusionary zoning program, passed through the City Planning Commission yesterday with just 20 percent of its 1,700 units affordable, according to Crain’s. And though the developers will be required to build those units without subsidy (besides tax abatement, that is), they are, of course, gaining the incredibly valuable opportunity to build as they could not build as of right.

And, it seems, the community’s concerns about being priced out of neighborhoods targeted by the de Blasio administration as oases of affordability are not idle: The Wall Street Journal reports that land prices in East New York, named by de Blasio as the first neighborhood that would be studied for denser development, have nearly tripled during the first nine months of 2012, rising from $32 per square foot last year to $93 per square foot this year. And now, “some of the area’s largest affordable-housing developers said it has become nearly impossible to find sites to build housing to suit what people in East New York can afford to pay in rent.”

Meanwhile, forget buying a condo unless you have $1.68 million to spare, the average price of a Manhattan condo during the third quarter of this year, according to The Wall Street Journal, which reports that while some of the fervor seems to have gone out of the condo market, it’s holding steady at very high prices.

In North Brooklyn, fancy salons are getting fancier. Remember when they used to bring you a cappuccino or glass or wine, just because? Well, DNAInfo reports that Williamsburg’s barbershops and salons are expanding their offerings considerably, but now visitors are expected to pay for the privilege.

Then again, why not? Because isn’t everyone in Williamsburg a rich new arrival? Once there were just a few chain stores in Williamsburg, now the neighborhood’s Soho-ification is well underway. Brooklyn Based takes a look at the changes in the neighborhood and the proclivity of chains like J.Crew and Whole Foods of claiming that their stores are really collaborations with the local community. Gothamist, meanwhile, blasts the opening for furthering the “Connecticutification of the neighborhood once beloved by artists, hipsters and whoever came before them.”

Well, at least Connecticut has good health care. And so, too, might Cobble Hill, now that a judge has dismissed the New York State Nurses Association lawsuit against the Fortis/NYU, opening the way for NYU to re-enter the plan, according to Capital New York. NYU had stepped away from the deal a week and a half ago, after the same judge decided that NYU would be entangled in the NYSNA litigation, which argues that NYU must hire all the unionized nurses who worked at the site previously. For its part, NYU, which has hired some of the unionized nurses formerly at the site, seems to be back in, releasing a statement that reads: “NYU Langone Medical Center is looking forward to expanding our practice of excellent health care at the NYU Langone Cobble Hill facility.”

A Washington Heights public square—the Juan Pablo Duarte Square, between Broadway and St. Nicholas at 170th, has become a homeless encampment, according to DNAInfo, angering the locals who beautified the green space several years ago. DHS says it has reached out repeatedly the men squatting in the park and that many do not want to move. 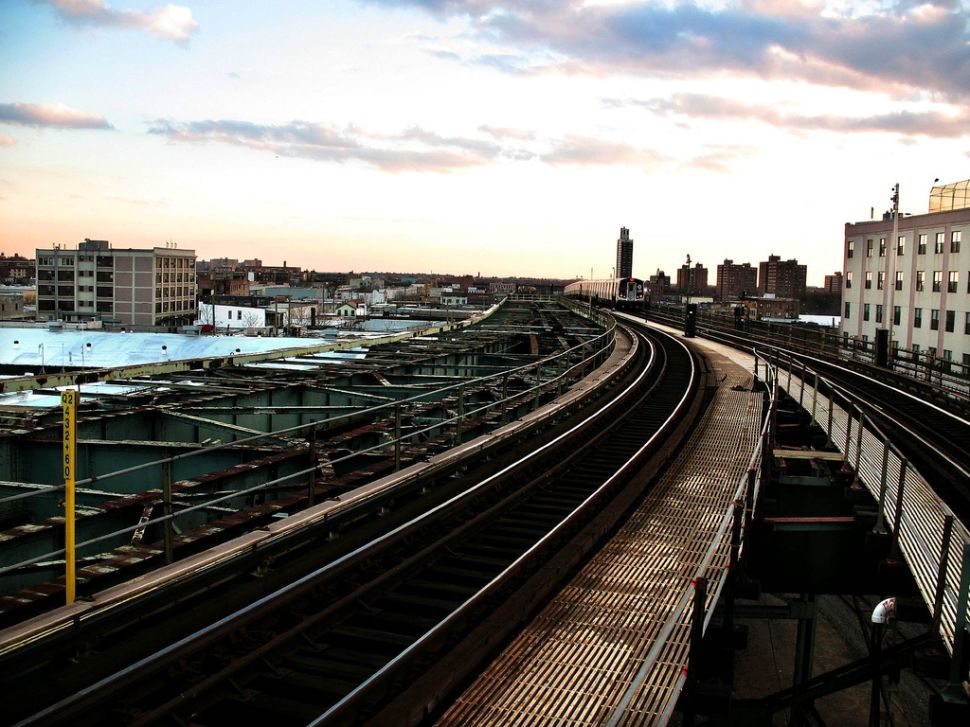