Palestinians are being systematically disadvantaged in both law and practice. But the actual oppressor may surprise you.

Last week, Al Jazeera reported on the systematic disadvantages that Palestinians suffer in Lebanon. Under Lebanese law, Palestinian refugees are banned from working in over 30 professions in Lebanon, including medicine and law. Even more, Palestinians are currently banned from owning property, attending public schools, utilizing public health services, and making an enforceable will. They pay taxes to the National Social Security Fund, yet do not receive any of the benefits.

When lawful oppression like this exists, it is often accompanied by more day-to-day discrimination, and such is the case in Lebanon. Al Jazeera further reports: “Lebanon’s Palestinians also face informal discrimination by potential employers, who often seek to exploit them by offering lower wages and no job security.” As of 2012, only two percent of Palestinians have been granted a government work permit.

With over ten percent of Lebanon’s population being Palestinian, one would expect that improving the Palestinian condition would be first on the Lebanese agenda. But not so—since the crisis in Syria, “the current government has continually used the Syrian crisis to block improvements to the conditions of Palestinians,” says Sari Hanafi, a Lebanese academic with expertise in the political economic plight of Palestinian refugees in Lebanon.

Amnesty International issued a shocking report that states that Lebanon is now deporting Palestinian refugees (including children, pregnant women, and women with infants) from Syria back to Syria, a violation of international law, which says that “absolutely no one seeking refuge from a conflict should be denied entry,” according to Sherif Elsayed-Ali, the head of Refugees’ and Migrants’ Rights at Amnesty International. Families are being torn apart in instances including a 12-year old boy who was separated from his family for a year, as well as “a mother with a newborn baby [who] was barred from entering Lebanon when she tried to join her husband and five other children.”

With over a dozen refugee camps (several of which have been holding Palestinians for 66 years now), Lebanon is intended to be a safe haven for Palestinians. Yet law and social practice indicate it is not. As new generations of Palestinian refugees are born and grow up in Lebanon, knowing nothing different other than Lebanon, why has Lebanon failed to improve their condition or grant them citizenship? Even more surprising, why do many Palestinians in Lebanon also oppose a path to citizenship?

One compelling answer is that if Palestinians become Lebanese citizens, they are no longer considered refugees from the 1948 war in Israel and the Palestinian territories. If they were no longer refugees, they would then have less of an urgency to any “right of return” to Israel, as well as less of a case against the Israeli state. Unfortunately, the reality of Palestinians in Lebanon is that many would rather continue to live as a refugee with a case against Israel than push for a better life for themselves and their children in Lebanon—and the U.N. seems fine with this. In the most recent sixty-eighth session of the United Nations General Assembly, nine resolutions were drafted to protect the rights of the Palestinian people. Yet each concerned mainly the Palestinian refugees in the “Occupied Palestinian Territory,” with none specifically condemning Lebanon’s breach of international law.

With the U.N.’s long-standing record of condemning Israel while ignoring actual human rights abuses around the world, this trend is likely to continue in the sixty-ninth session of the United Nations General Assembly opening next week on September 16th.

As reggae rapper Ari Lesser sings in his famous hit that calls for a wider perspective on human rights violations, “We’re not perfect, but if you think we’re the worst, first take a look at the rest of the earth. Don’t pick and choose to pick on the Jews, pick up the paper and read the news.”

Eliana Rudee is a contributor to the Franklin Center for Government & Public Integrity. She is a graduate of Scripps College, where she studied International Relations and Jewish Studies. Follow her @ellierudee. 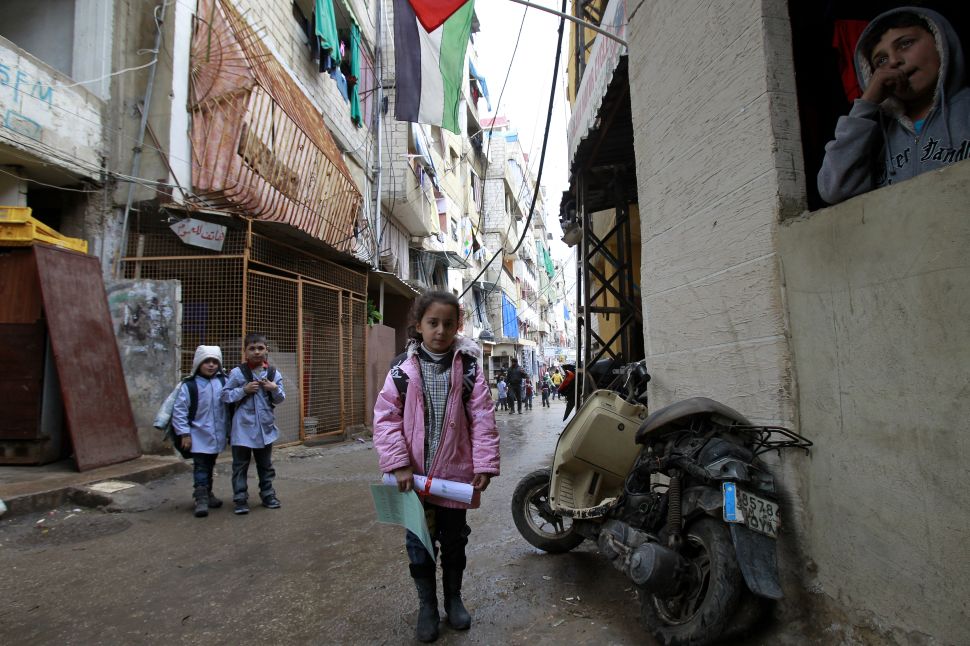