As Amber hears the sound of her baby’s heartbeat, she realizes that everything in her life is about to change. She tells the doctor she’s unsure about her plans and that she’s just plain overwhelmed.

Paralleling what Amber is gong through, many fans of Parenthood are mostly likely also feeling uncertain and overwhelmed, among other emotions, knowing that this is the final season of the show. A mere 13 episodes (12 after this one) remain to tell all of the Braverman’s stories. It hardly seems enough.

Catching viewers on what’s transpired since last season we learn that, through a pretty hot sex scene, Julia is not with Joel but carrying on with a former boyfriend from law school who now works at her firm, Hank’s nervous about his daughter Ruby coming to stay with him and he hasn’t told Ruby or his ex-wife, Sandy, about his relationship with Sarah, Adam and Kristina are just days away from opening their not-ready-yet charter school and Zeek and Camille are settling into their new abode, she by painting and he by working in the garden.

When Sarah stops by the elder Braverman’s new place to whisk Zeek away for a surprise birthday trip to Vegas (that Camille already knew about), he gladly ditches his cucumbers for some time in Sin City.

Ruby and Sandy (the amazing Betsy Brandt!) arrive at Hank’s place and Hank discovers Ruby, in addition to her luggage, has clearly brought plenty of teenaged angst with her. Both Sandy and Ruby notice a few things amiss in Hank’s place, like a cappuccino machine when Hank hates the drink and a pair of women’s panties. Dodging, Hank manages to talk his way out of the situation, but Sandy insists that they talk later. When both women leave the room, Hank lets out a sigh that seems to be the result of emotional exhaustion.

At Chambers Academy, Adam and Kristina’s new school, Amber, Drew, and Haddie pitch in to help get the building ready. As the group paints away, Haddie talks about the problems she’s facing concerning her upcoming trip to Prague. Amber, having heard enough of Haddie’s seemingly highbrow, non-real life issues, makes a snide remark and quickly exits, leaving Haddie to wonder what just happened.

When Joel arrives to hand off Sydney and Victor to Julia (separated, but doing their best to co-parent), Kristina and Adam express how happy they are to see Joel who clearly hasn’t been interacting with the extended Braverman clan recently. Things seem to be coming together for the school, but Max’s continued proclamations that he won’t be attending the academy, preferring to be homeschooled instead, dismay Kristina who keeps trying to convince Max that the school is the best option for him.

Back in Vegas, Sarah and Zeek are on a roll at the blackjack table when Zeek freezes, stands and immediately collapses. Sarah screams and boom – cut to black!

Now that’s how you go to commercial and make viewers sweat out what’s going on with their favorite fun dad.

Thankfully, that break is only a few minutes and rather quickly we learn that Zeek is awake and kicking in the hospital, insisting that he just stood up too fast after a couple of drinks. Sarah, on the phone with Camille, tries to wrangle the surly Zeek and listen to the doctor as well, who insists that Zeek needs a few tests.

After Camille has called Julia to tell her what’s going on with Zeek, she rings up Adam and insists that he call the doctor, saying that he’s great in a crisis. Moments later, Julia shows up at Camille’s and after discussing the Zeek situation, Camille approaches the subject of Julia’s current feelings about Joel, to which Julia responds she’s living her life and it may be too late for Joel.

Back at the hospital, the tests come back as negative for a heart attack. Upon hearing this Zeek wants to exit as quickly as possible and get back to his birthday celebration. The doctor has other ideas, wanting Zeek to stay overnight. After some arguing with both Sarah and the doctor, Zeek insists that it’s time for him to go and signs out against the doctor’s wishes.

Feeling a bit helpless and too far away to be of any help to their father, Crosby and Adam decide that they should just go to Vegas to take care of things. When they show up at Sarah’s hotel room, she can’t believe that they’re there, but seems to welcome the help. The three immediate step down the hall to Zeek’s room but panic when he doesn’t answer. A maid lets them in and they discover Zeek is missing.

Patrolling the casino in search of their father, the siblings find him parked at the blackjack table he was at earlier in the evening, before ‘the incident.’ Adam wants Zeek to head back to the hospital but the elder Braverman insists he’s not going anywhere, especially since he’s up $2500. In fact, he offers to bankroll each of them $500 if they just sit down and gamble with him. Playing the ‘it’s my birthday ‘ card causes Crosby to take a seat and begin wagering with Sarah dropping into the game next, followed by a still wary Adam, who eventually joins in but loudly proclaims, “This family is sick. Sick!”

Haddie, on a mission to find out what’s bugging Amber, storms into Amber’s place and makes a speech about Amber’s attitude the last time they were together. Calmly letting Haddie finish with her rant, Amber says nothing until she blurts out that she’s pregnant. All previous conversation is forgotten as Haddie rushes to hug Amber.

The two head to their high school football field to reminisce about their history and talk about the baby which Haddie counsels Amber to tell her mom about.

Joel and Julia are together with Julia still stressing about Zeek’s condition when she gets a selfie of Sarah, Adam and Crosby with Zeek, living it up in the casino. She starts to cry saying that she didn’t realize how sacred she really was about the situation with her dad. Joel, clearly still wearing his wedding ring, hugs her and the hug quickly morphs into a kiss — until Julia pulls away. Rejected Joel makes his way out of there in a hurry.

Upon Zeek’s arrival back at home, Camille is relieved to see him, telling him he scared the life out of her and that she’s already made an appointment with his doctor. Attempting to blow her off, Zeek says he’s going to take a nap, to which Camille forcefully says, “You’re going.”

In Julia’s office, her current crush draws the shades, pulls her into his arms and tells her he’s crazy about her and can’t stop thinking about her and that he wants to ‘make a go of it,’ asking her if she agrees. Flashes of uncertainly move across Julia’s face but then she softens, smiles and says, “Ok.”

It’s the first day at Chambers Academy and even through Kristina has tried explaining over and over to Max that it won’t be like his last school (where some students peed in his cantina), Max still won’t go. At this point Adam with Kristina busy at the school, Adam takes Max aside at home and explains to Max that his mother has put everything she has into this and he’s going to go to the school, not for himself, but for his mother.

At the doctor’s office, Zeek zones out a bit as the doctor explains that he wants to go in and check things out, meaning some invasive surgery. Clearly, Zeek is not fond of this idea.

As Kristina is greeting all of the new students at Chambers, Max steps in front of her with books and lunch in hand, indicating that he’s decide to attend the school. Kristina, just as she’s done with every student, shakes his hand and says, “Welcome to Chambers Academy.” She holds back tears as Max enters the building, then turns and smiles at Adam, knowing somehow he had a hand in this.

At Amber’s place, Sarah ramblingly details what happened in Vegas. Amber, half listening fidgets as she searches for a way to break in with her news. Sarah, mistaking Amber’s manner as extreme concern for Zeek, tells her daughter soothingly that it’s all going to be ok, Zeek’s going to be fine, to which Amber simply says, “I’m pregnant,” a statement so unexpected that Sarah can only muster a response of, “Oh,” at which Amber breathes a huge sigh of relief at having said what she needed to say.

It’s a perfect note to end the season premiere on as these final episodes are pregnant with all of the possibilities of how everything will play out, where everyone in the Braverman family will be in their lives when that final frame flickers onscreen.

Showrunner Jason Katims has stated that a major storyline in this final season will deal with a loss in the family and though he would give no further details, it now appears that the illness of Zeek, the patriarch of the family, may be that storyline. Given the tenor of this show and the past manner in which such heavy subjects have been handled, if this is the case, this narrative will certainly unfold with the utmost authenticity.

It’s this aspect of this show, the unwaveringly honesty depiction of family life, whether triumphant or tragic, that makes “Parenthood” so relatable to so many. It will be sad to lose touch with the Bravermans when they’re no longer visiting our home week in and week out, but in the meantime, let’s remember that having the luxury of knowing when it will end is a good thing, it offers us the ability to savor every moment. 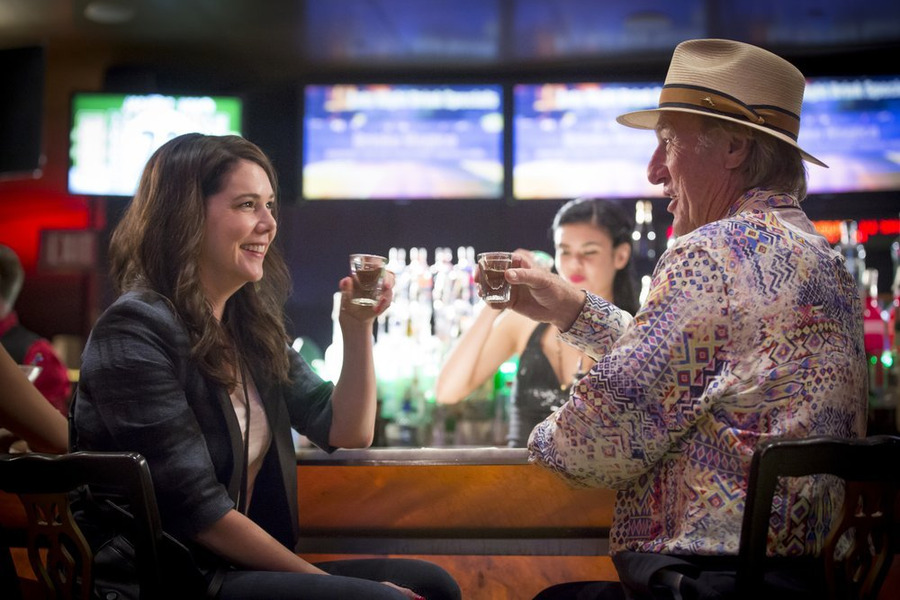