In case you didn’t believe him. (Photo via Imgur)

At Betabeat, we consider ourselves connoisseurs of HBO’s Silicon Valley, and we’ve been going through pretty serious Pied Piper withdrawal while we wait for season two.

So when Peter Thiel held his Reddit AMA, we were glad to see that someone stepped away from the discussions about market economics for half a second to ask:

How do you feel about your obvious likeness, Peter Gregory, as portrayed in the HBO show Silicon Valley?

To which Mr. Thiel responded, in about the most Peter Gregory way possible:

I’m flattered, but not totally obvious to me — e.g., I think super thin cars are a sign of economic stagnation, not of progress…

Apparently, satire is lost on Mr. Thiel. For some context, the character Peter Gregory is a VC obviously modeled off of Mr. Theil, who has Nostradomas-like market insights and the social graces of a chat bot.

He was also asked how he felt about the death of the actor who played the role, to which Mr. Thiel said, “I did not know him personally, but it is just really sad that he died.”

If you’re the type who’s interested in biomedical tech, investment theses, and the theology of Christ as a politically atheist libertarian, you can read the rest of the AMA here. 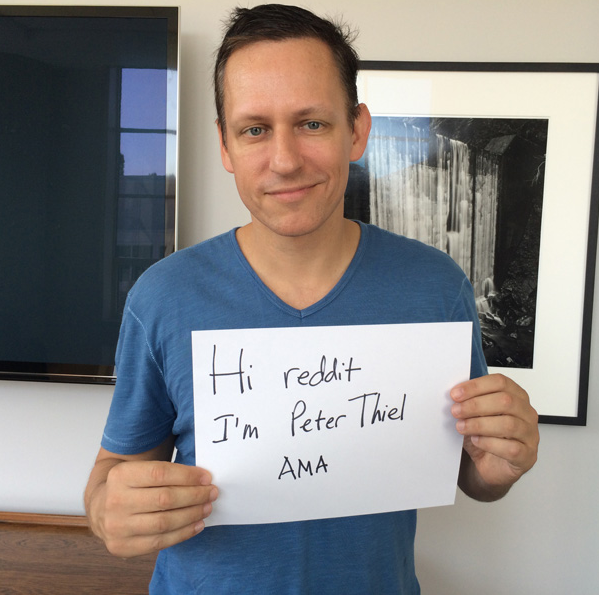