A bill to ban employers from running personal credit checks on job applicants will get a boost from the City Council’s Progressive Caucus, which intends to make the legislation its next priority for passage.

The bill was introduced in April and has also been considered, but not passed, by previous councils — but the 19-member caucus told the Observer today they were putting their weight behind it ahead of a hearing on the bill this Friday.

“A person’s character and work performance is not reflected in their credit history. If my own credit report had been taken into account I would not have had the opportunities I have been afforded in civil service,” Councilman Antonio Reynoso, a co-chair of the caucus, said in a statement. “I am grateful to have been evaluated on more substantial measures like experience and leadership in my community. All potential employees deserve this benefit.”

Councilman Donovan Richards, his fellow co-chair, agreed, saying a credit history is no indication of an ability to work.

Members of the caucus plan to hand out literature and hold a press conference Friday morning before the bill’s hearing in the Civil Rights Committee.

In statements, a slew of other members of the large caucus argued that there’s no correlation between job performance and credit scores, and that even if there were, credit reports are often riddled with errors.

The bill would ban employers, employment agencies and licensing from using a credit history “for employment purposes” or to use any credit information as a reason hire, fire, demote or discipline an employee. The proposal allows an exemption only for employers who are required to run credit checks by state or federal law. It does not allow an exemptions for job categories like financial services — something the caucus expects to be proposed and has vowed to swat down.

The Progressive Caucus, which doubled in size this year, has played a strong role in the council this session — including in the selection of Council Speaker Melissa Mark-Viverito, who is a member of the caucus. Her office said she would be reviewing the legislation. The caucus has also backed the expansion of paid sick leave, and been a strong advocate of the growing participatory budgeting trend, in which voters select which projects a council member funds.

The singling out of the credit check bills comes as observers are eyeing what the Council will take on as the summer, when few hearings or meetings are held, come to an end. Mayor Bill de Blasio, a self-proclaimed progressive, has previously identified living wage policy (another focus of the Progressive Caucus but one the mayor has vowed to tackle through executive order) and a horse carriage ban of upcoming priorities of his. Bills on those priorities might have a considerably harder time moving through the council — in fact today Councilman Rafael Espinal, chair of the Consumer Affairs Committee overseeing the horse carriage industry, announced he’d oppose a horse carriage ban.

While it’s unclear how much support there is for banning carriage horses in the council, the credit check legislation has considerably strong backing — 39 members, including the entire Progressive Caucus save for Ms. Mark-Viverito, have backed the bill so far.

The legislation is, however, likely to be met with resistance from the business community, which has already griped about regulations put in place through other initiatives like paid sick time legislation. 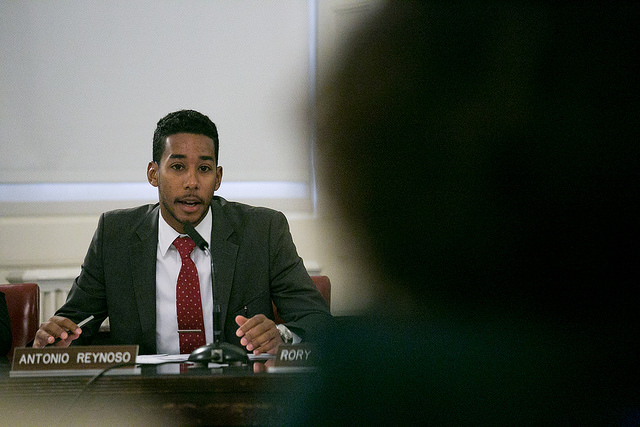