One of the biggest Democratic Party accomplishments in the last two decades has been to solidify their control over California in national politics. Since 1992, Democrats have carried that state in every presidential election. The congressional delegation from California has been solidly Democratic, including two Democratic senators. Republicans have fared better in gubernatorial elections in the Golden State winning in 1994, 2002 and 2006. This year, however, the Republican candidate, with less than two months before the election and still a relative unknown, trails the Democratic incumbent by 21 points.

While it is extremely likely that any Republican presidential candidate could win California in the 2016 election, even forcing the Democrats to spend resources to hold the state would be a strategic gain for the GOP. Similarly, if Democratic Senator Barbara Boxer does not seek a fifth term in 2016, winning that seat would be a very significant Republican pickup. It is in this context that the Republican Party of California held its convention this weekend, and in which Senator Rand Paul (R-KY) made the keynote speech.

Senator Paul’s speech was significant not because it laid out the usual mix of opinions that have made the Kentuckian one of the most interesting politicians in Washington. As expected, he gave a strong critique of government surveillance, “What you say or do on your cellphone is none of the government’s damn business,” but also echoed conservative talking points about Benghazi, ““I think she (Hillary Clinton) had a 3 a.m. moment. She didn’t answer the phone, and I think it absolutely should preclude her from being president.”

More significantly, Mr. Paul again stated that the Republican Party needs to change to keep pace with a changing America. “When our party looks like America — with earrings and without earrings, with ponytails and without ponytails, with tattoos and without tattoos, when we look like the rest of America white, black, brown we’re going to win again.” Republicans have been saying things like this for some time now as they have their seen support among non-whites plummet in a country where the majority of children in public schools are now not white. Data on ponytails and tattoos may be harder to come by, but anecdotal evidence suggests those “flamboyant affections of appearance” are no longer confined to the radical left and people serving in the Navy.

Mr. Paul is not the first Republican in recent years to make this observation, but because of his positions on issues like privacy, policing and drugs, he is much more likely to be able to turn these words into actions, even modest ones. Senator Paul is, of course, a likely candidate for president in 2016. It is too early to know if he will build an organization or raise enough money to make a strong push for the Republican nomination, but he has successfully positioned himself as the Republican with new ideas at a time when original thinking seems to be anathema to most other national political leaders.

Turning ideas into policy is never easy, particularly for political parties with electoral and ideological restraints. However, while the Republican Party can certainly survive nationally, and will likely win this coming election without making radical changes, in California, where Mr. Paul made this speech, things are different. The state that gave the Republican Party two post-war presidents has been lost by a national Republican Party that looks almost nothing like California. 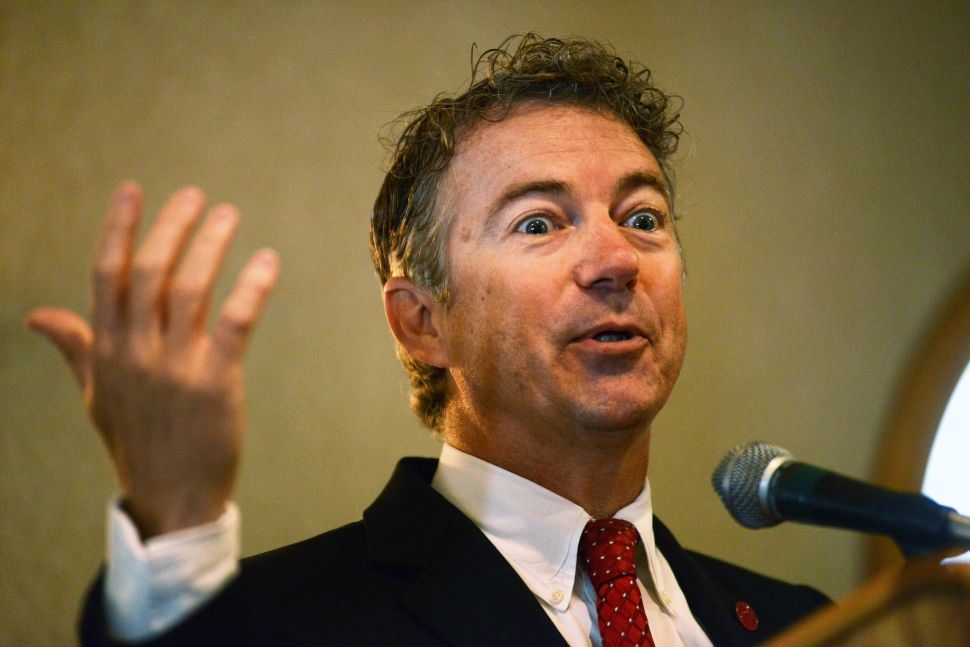