Despite protests from Steve Nislick and Linda Marcus, residents at 25 Central Park West—who built a nesting box for the endangered raptor species—the condo board removed the box without warning on Monday.

Animal advocates have been voicing their opinions, among them Robert F. Kennedy, Jr. Dubbed a “master falconer,” the lawyer-activist told the Observer, “The peregrine’s rescue from extinction was made possible because of the welcoming and tolerant attitude of New Yorkers. That history makes this condo board’s decision particularly sad.”

The falcons, a species that mate for life, began visiting the 25 Central Park West window sill in 2010 and returned every year during mating season. The sky-high location is prime real estate for the raptors who have historically preferred the open-air perches of cliffs. The less than 20 falcon couples that exist in New York City can often be found enjoying the birds-eye-view our city’s skyscrapers and bridges provide, though steep window sills and harsh weather conditions make successful breeding almost impossible for the now endangered species.

Mr. Nislick—who is part of a movement to end horse-drawn carriages in Central Park—and his wife, Linda Marcus, built the box in the spring of 2014. In May, the falcon couple, at this point nicknamed Comet and Cruiser, hatched two chicks after losing 11 eggs in previous years thanks to the safety of this nesting box.

Though New York is often considered a leader in environmental issues—just yesterday 400,000 people marched through the city demanding immediate action on climate change—the building’s managers felt this nesting box was a bird-brained idea and quietly took it down last Monday. The board did so with the go-ahead from the Department of Environmental Conservation, citing potential danger to pedestrians below. The building also prohibits exterior alterations and construction workers were sent to remove the box that was both weighted and bolted down.

The DEC gave the O.K. because the baby birds have already left the nest but the somewhat perfidious decision has ruffled the feathers of animal activists, who believe removing the box will make it difficult for these falcons to reproduce in the future. 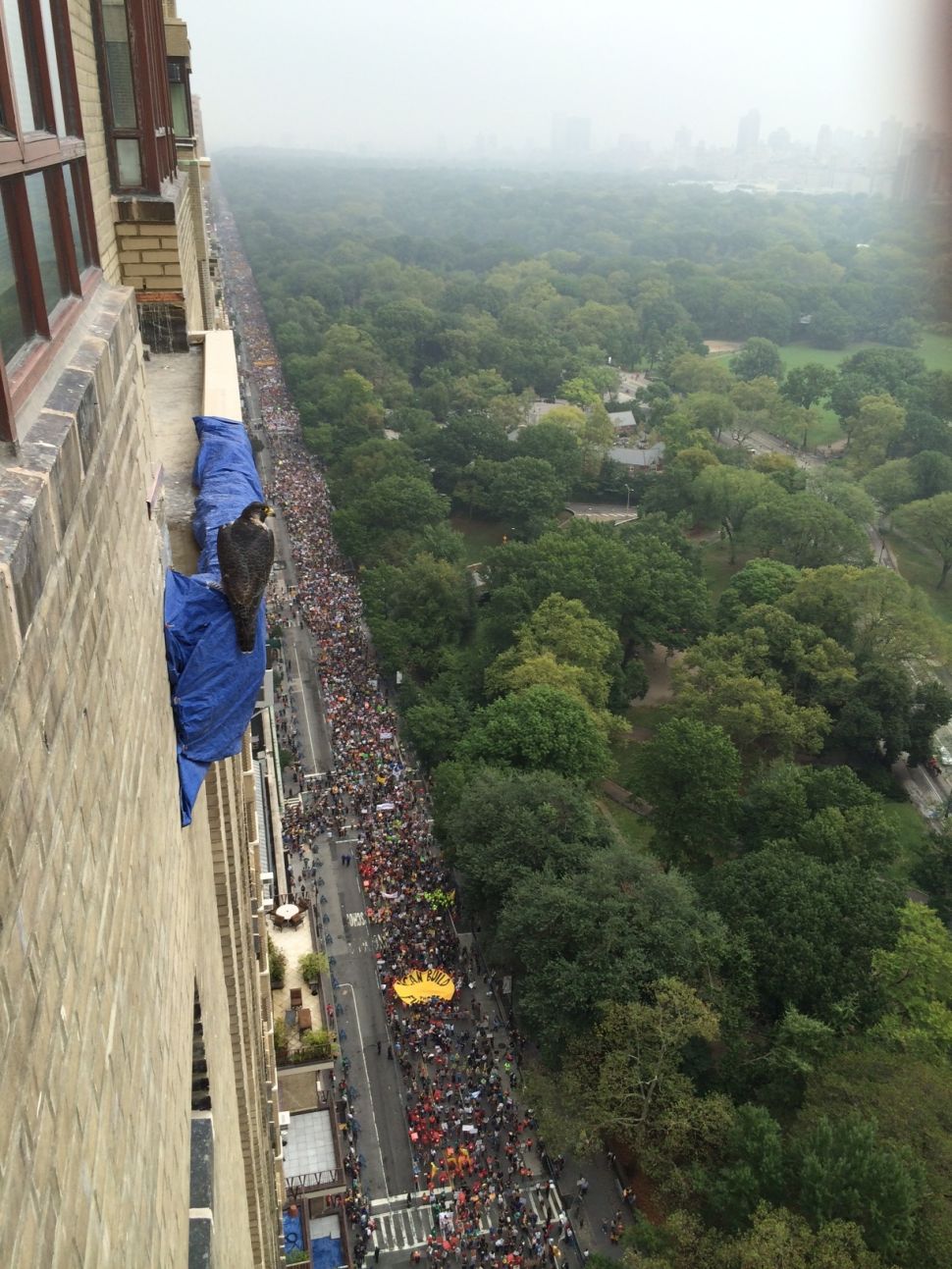