What happens when a robot transcribes a robocall?

New York voters get a message from a guy named “Bill the blog Geo,” urging them to vote for someone named “Carmel.”

That’s how Time Warner Cable transcribed for some of its customers a recorded call from Mayor Bill de Blasio urging New Yorkers to go out and vote for Gov. Andrew Cuomo and his running mate former Congresswoman Kathy Hochul in today’s Democratic primary election.

The cable company offers a service that transcribes voicemails and sends them via e-mail to the person who received the call, letting them read what they missed. That service had a little bit of trouble with the unique names involved in the robocall from the mayor — just one of many pre-recorded messages going out to voters across the state ahead of Tuesday’s primary.

While the transcription twice got Mr. de Blasio’s name wrong (it guessed “Bill the blog deal” in addition to the aforementioned “Bill the blog Geo”), it showed Ms. Hochul’s name recognition is especially low — at least with transcription programs. The e-mail urges people to vote “Cathy hoke(?) for lieutenant-governor(?)”

Much of the rest of the call is transcribed correctly — Mr. de Blasio’s assertion that Mr. Cuomo took “New York State from a national disgrace back to its rightful place as a progressive leader,” and that he’s cut middle class taxes. But it also refers to the incumbent governor as “Carmel” in once instance, despite twice spelling his name correctly.

It’s anyone’s guess how it might have interpreted the name of Mr. Cuomo’s primary opponent, Zephyr Teachout.

Time Warner Cable wouldn’t say how many people in the state use the transcription service, but the cable, phone and internet provider notes on its website that the transcriptions aren’t always perfect: “Transcription accuracy depends on many factors such as noise level, phone line quality and voice clarity of person leaving the message.”

Time Warner customers and others across the state will have the opportunity to either take the advice of “Mr. the blog Geo” or not at the polls today, which are open for primary voters in New York City and the surrounding suburbs from 6 a.m. until 9 p.m. 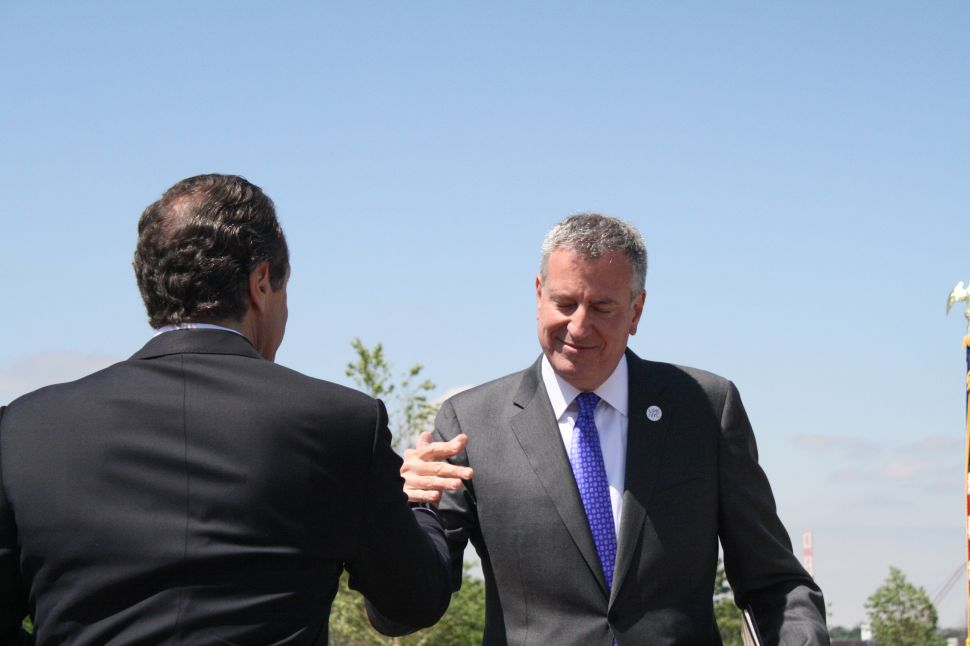