Last Monday, both NBC and I took a break from Running Wild to watch actors get together and celebrate other actors for being good actors. This is called the Emmys, or something. But this week we are back, baby, and Bear Grylls is taking NBC and MSNBC reporter and anchor Tamron Hall into the wild. As it turns out, a TV anchor that lives in New York City doesn’t fare too well scaling mountains and eating dead animals. Who knew! My favorite thing about this episode is that Bear Grylls hasn’t taken this much obvious delight in the struggles of his guest since week one with Zac Efron. I’m not saying Bear Grylls is a bad person. I’m saying there’s a chance he isn’t human and we as a species greatly amuse him.

Here are the most pivotal moments of Bear Grylls and Tamron Hall’s tour of the high country of southern Utah.

NBC obviously hasn’t been getting my letters about keeping this masterpiece on year round, because next week is Running Wild’s season finale. The guest is NFL Hall-of-Famer Deion Sanders, so expect a lot of mentions that the wild is Deion’s “greatest opponent yet.” The wild is pretty scary, but does it have nearly as many receiving yards as Jerry Rice!? Find out next week! 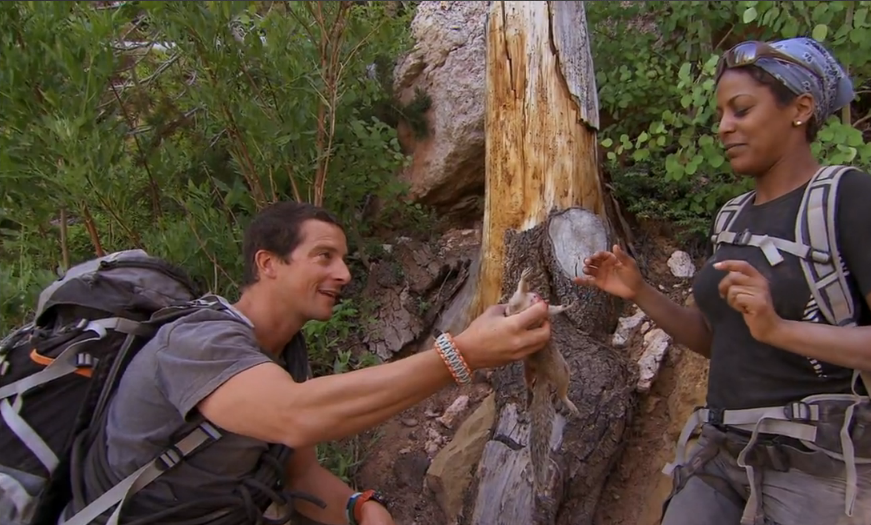