I would genuinely hate to ever speak ill of Running Wild with Bear Grylls, the greatest single thing on television right now that I’m pretty sure is only watched by me. But that’s okay! More semi-simulated celebrity adventuring for me! But for about half of season one’s finale, featuring football legend Deion Sanders as the guest, I was a tad bit wary. Why? Because Deion was so, damn, competent. Just taking on challenges and obstacles as if he belonged there, barely even scared, which is not why I watch. I watch to see Tamron Hall and her four foot drop of terror. I watch to see Tom Arnold falling, constantly. . But I never should’ve doubted you, Bear Grylls. This episode eventually rebounded by putting Deion Sanders into the one situation this entire season where I legitimately believed something could go terribly wrong and NBC would broadcast the death of a celebrity on air. So, thanks for that.

Here are the most pivotal moments of Bear Grylls and Deion Sanders’ foray into the deserts of Southern Utah.

Luckily, Bear Grylls is just as much of a philosopher as he is a survivalist.

So that’s it for Running Wild with Bear Grylls, with no word on a second season and no responses from Bear Grylls on the 56 emails I’ve sent him since the show started. So, all ten of you, sit tight for updates on that! 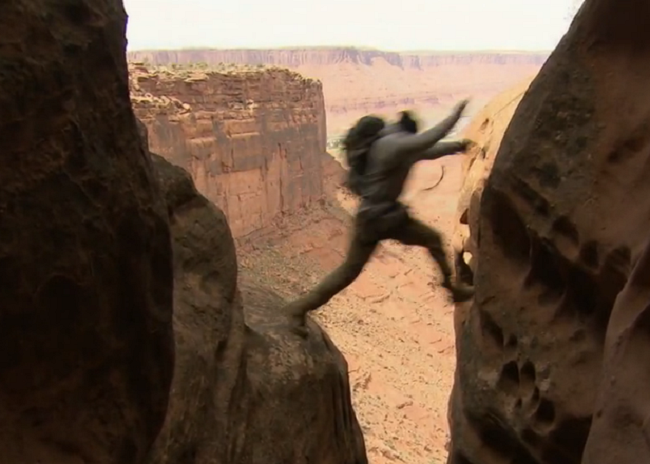