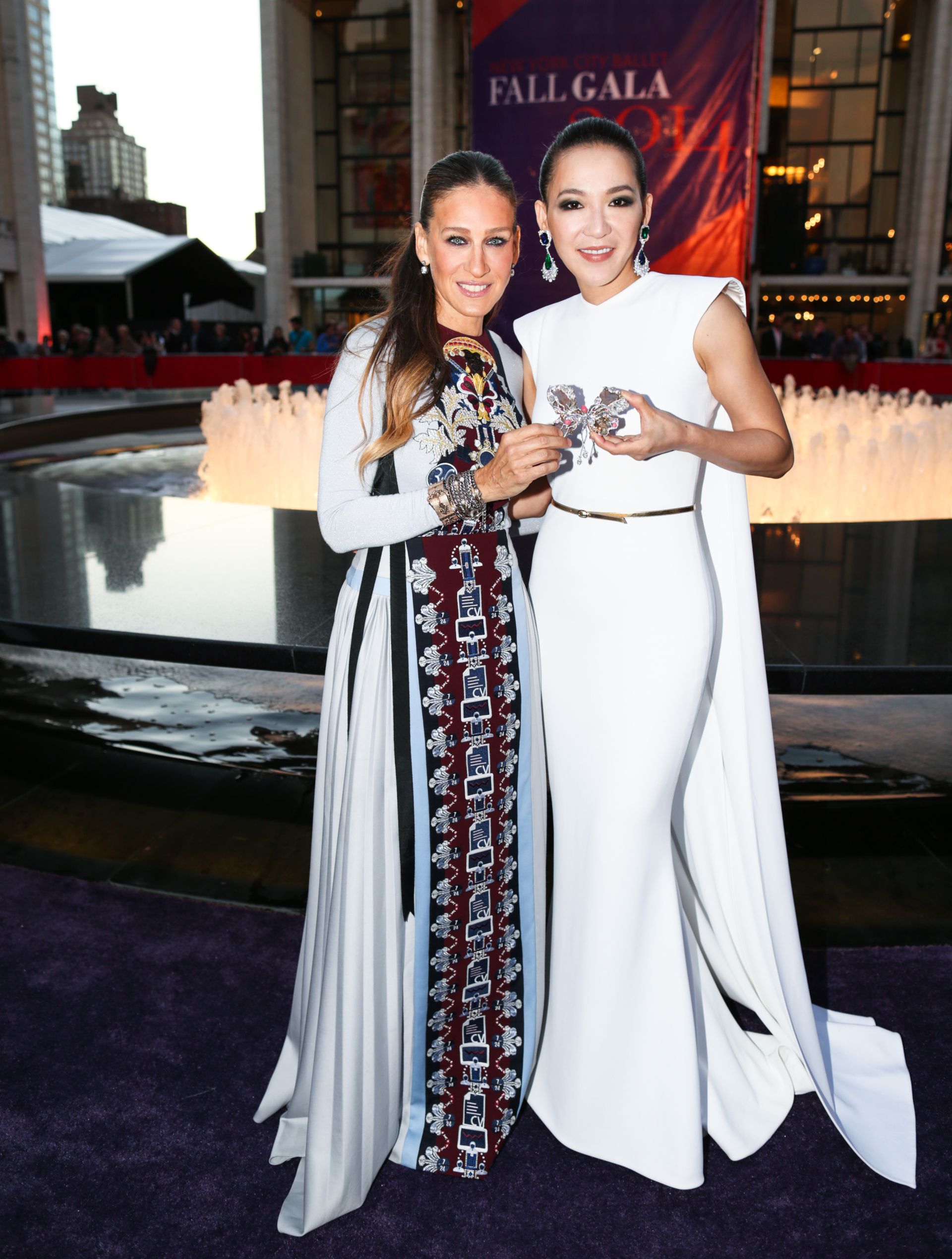 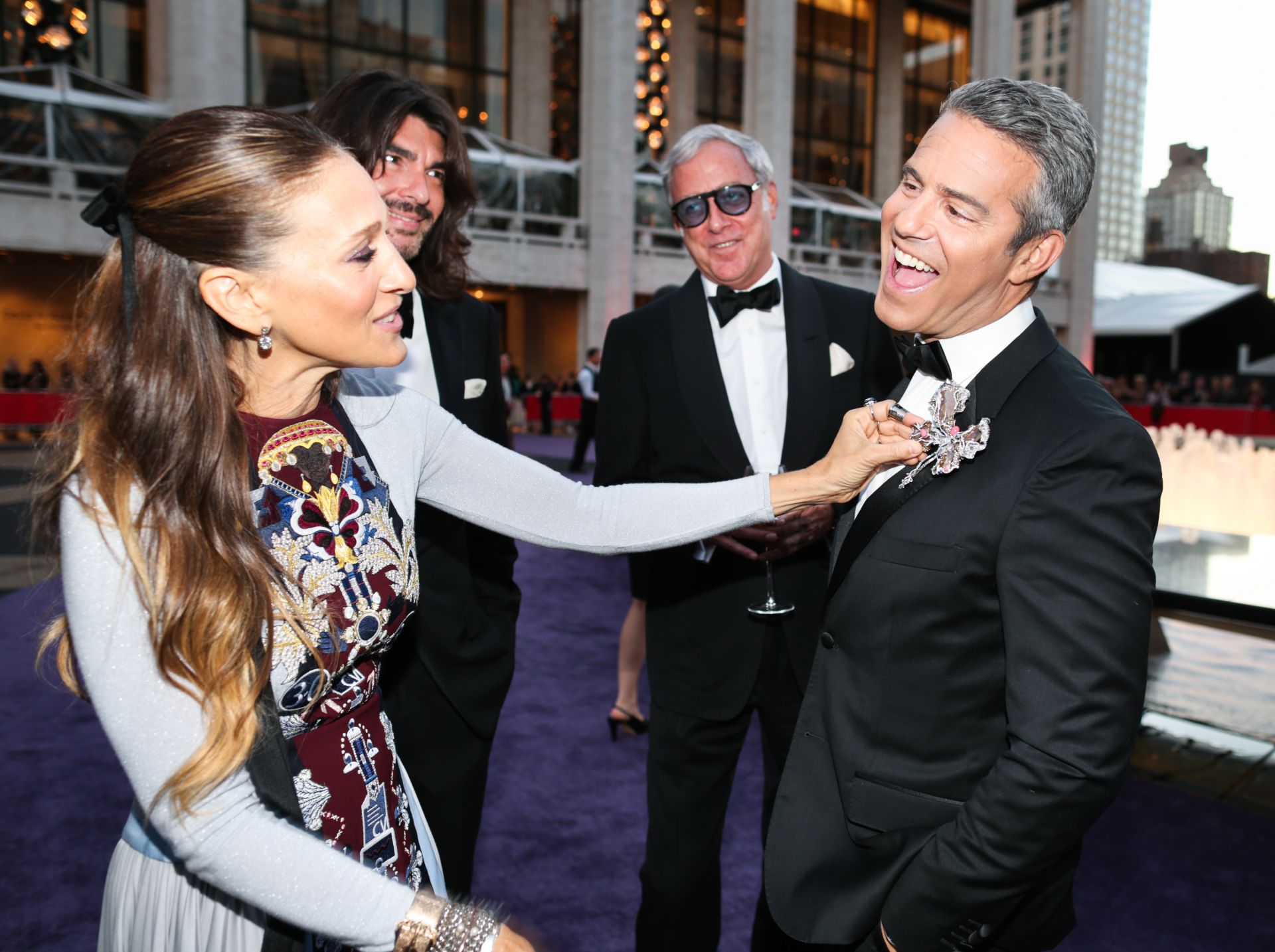 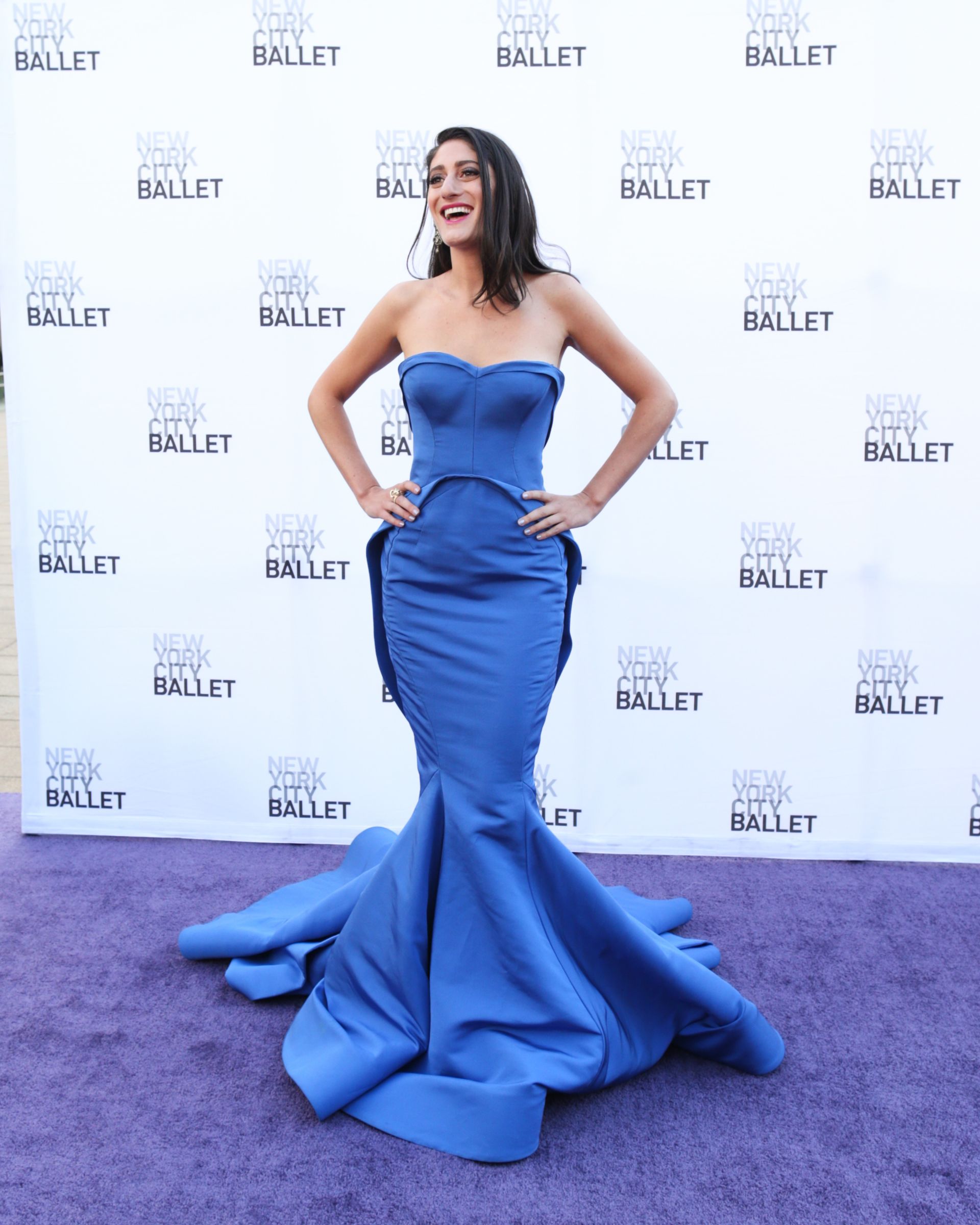 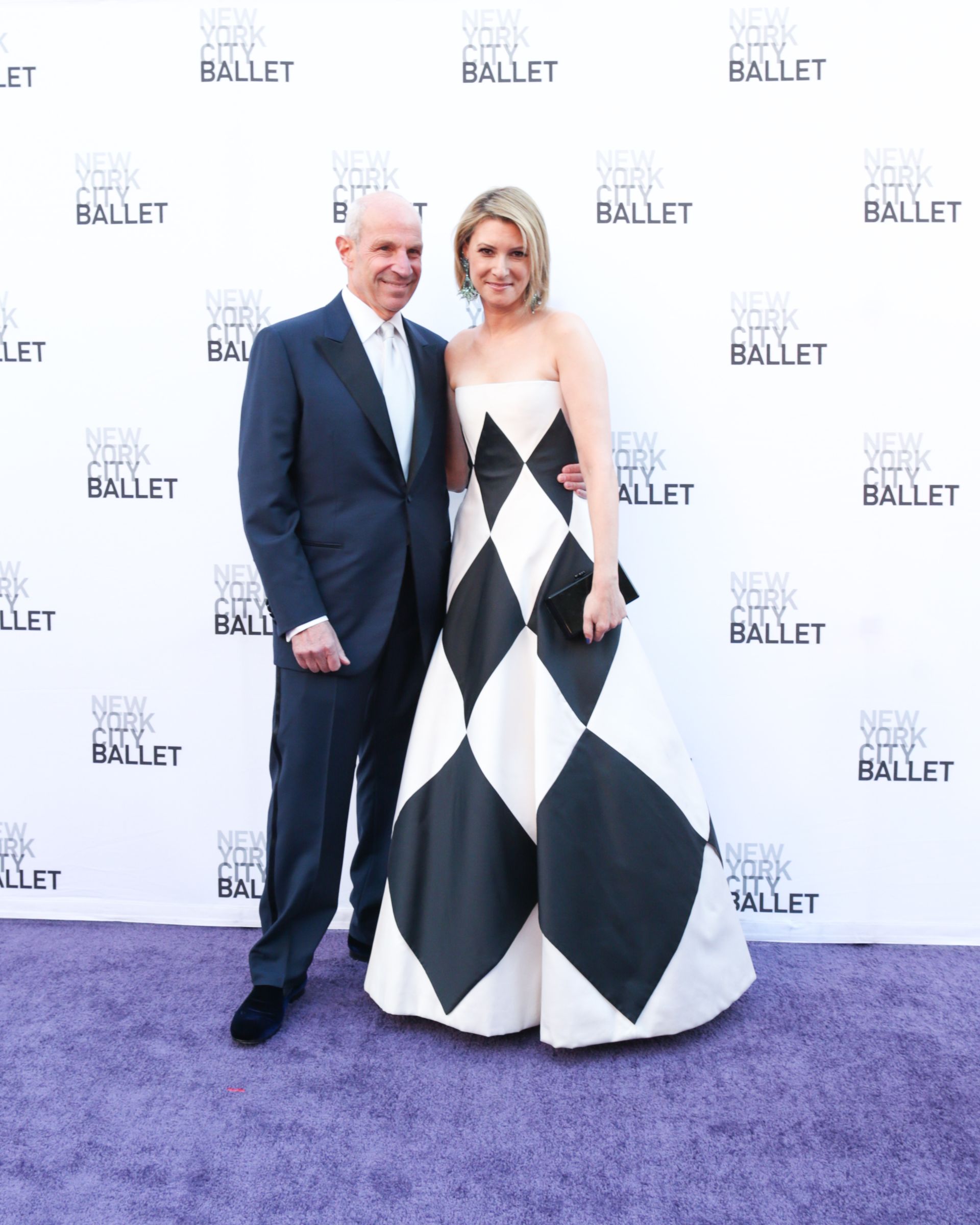 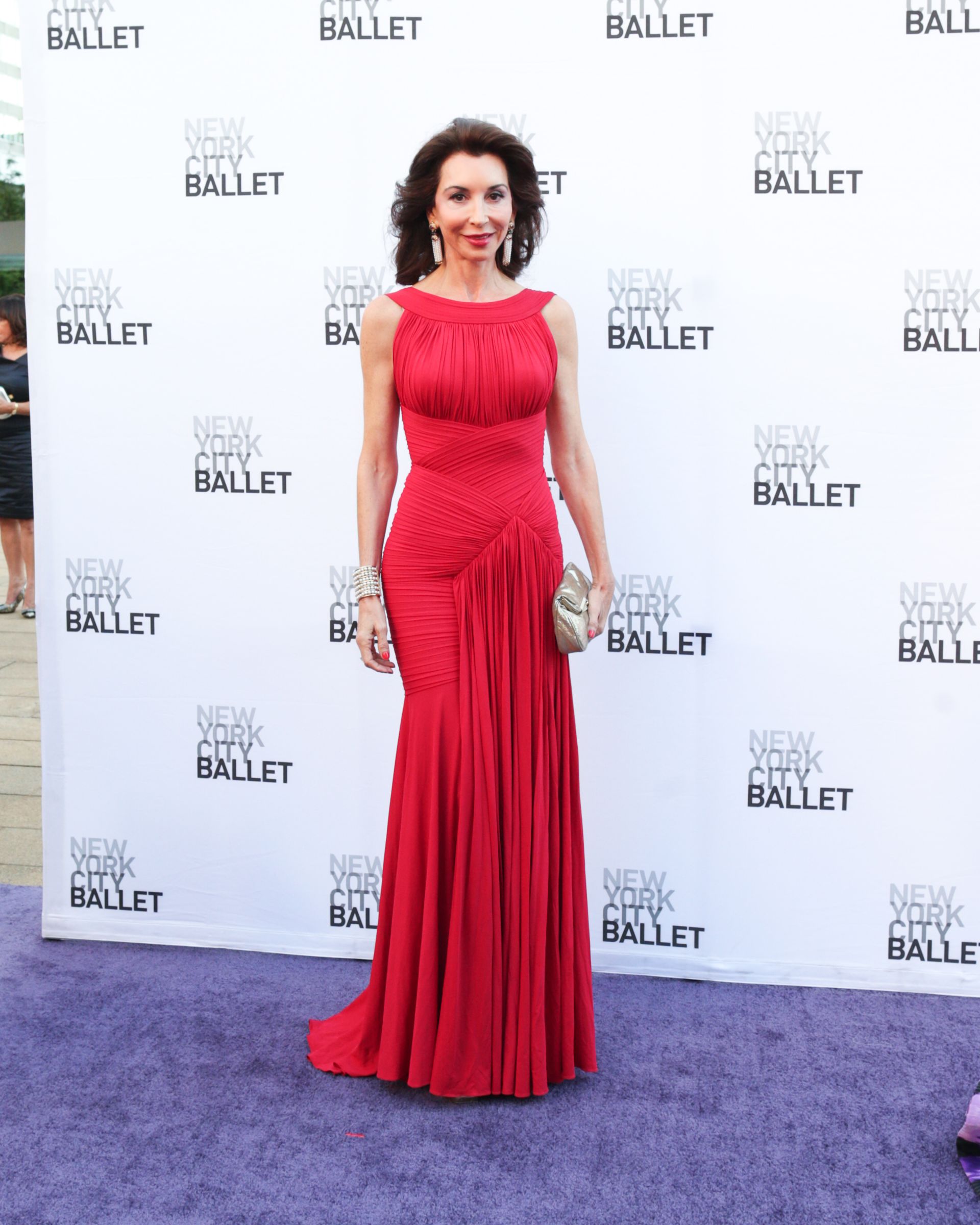 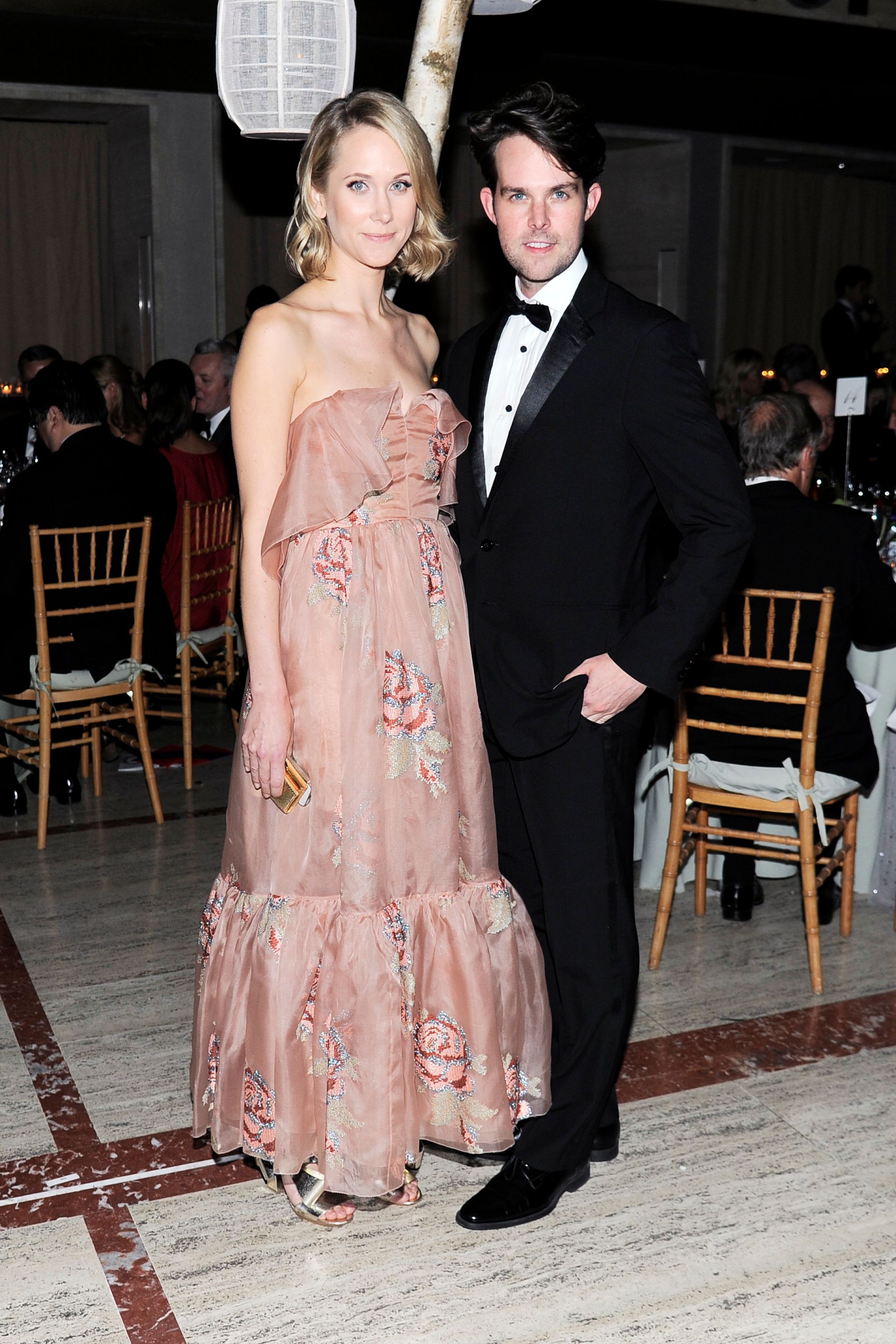 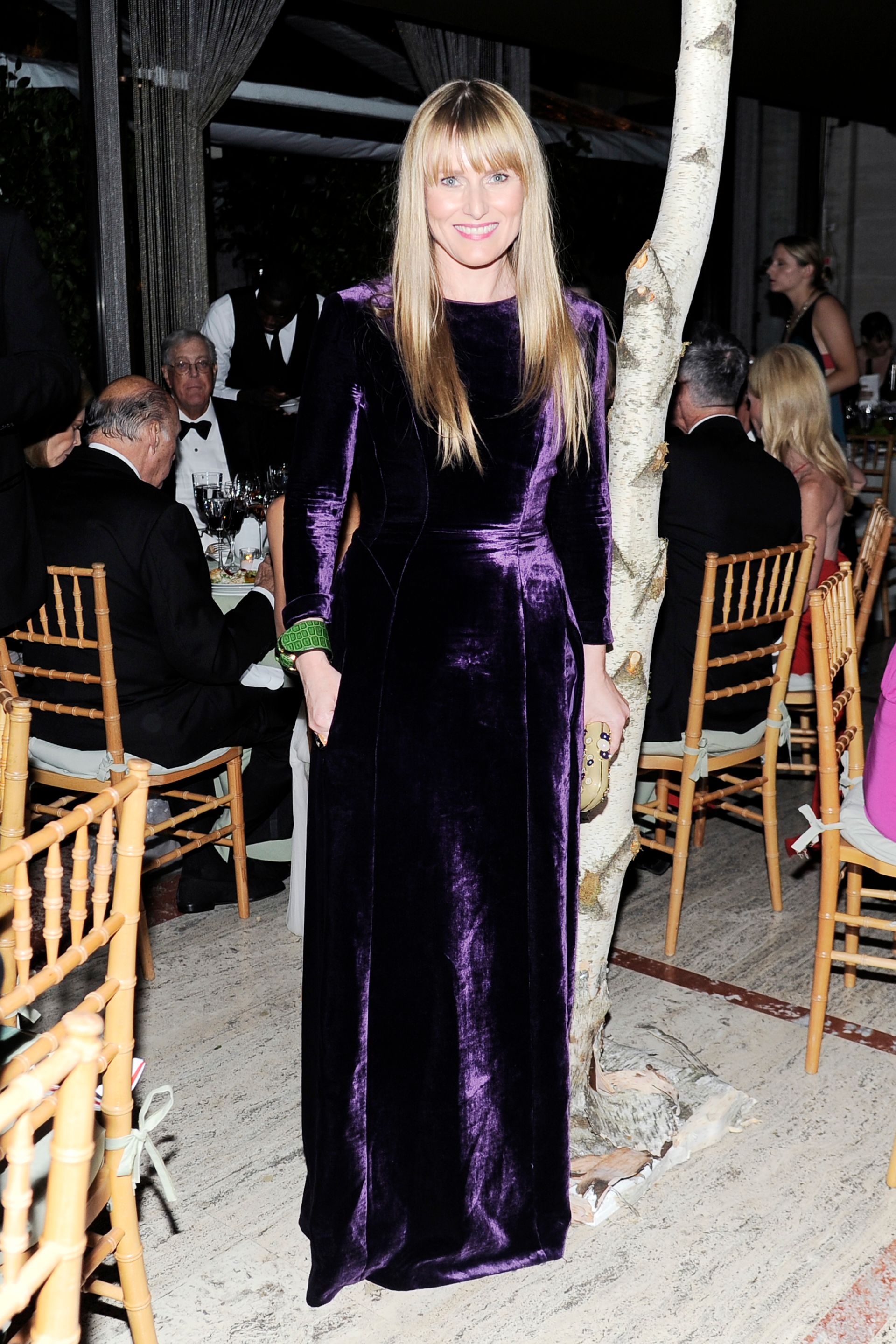 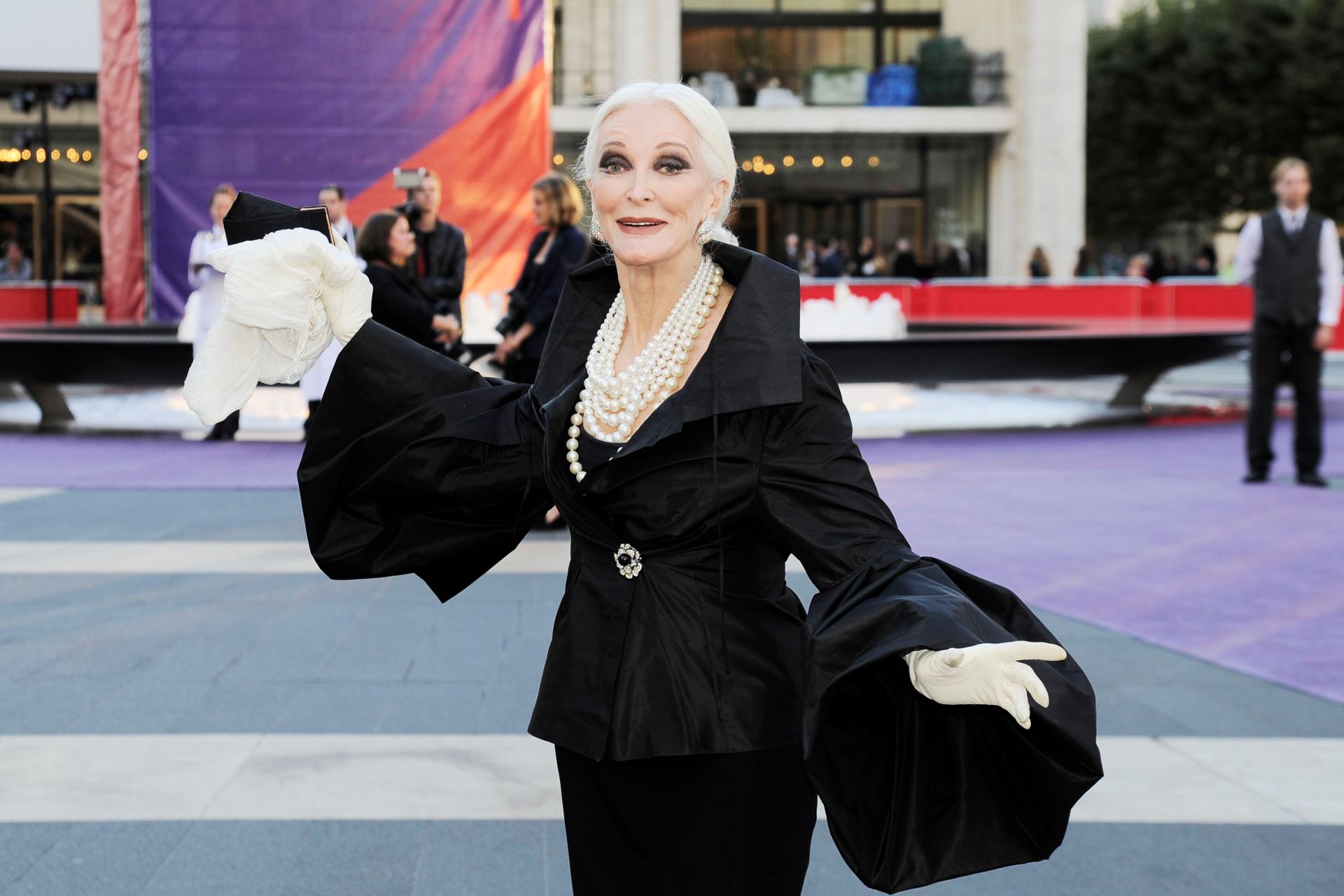 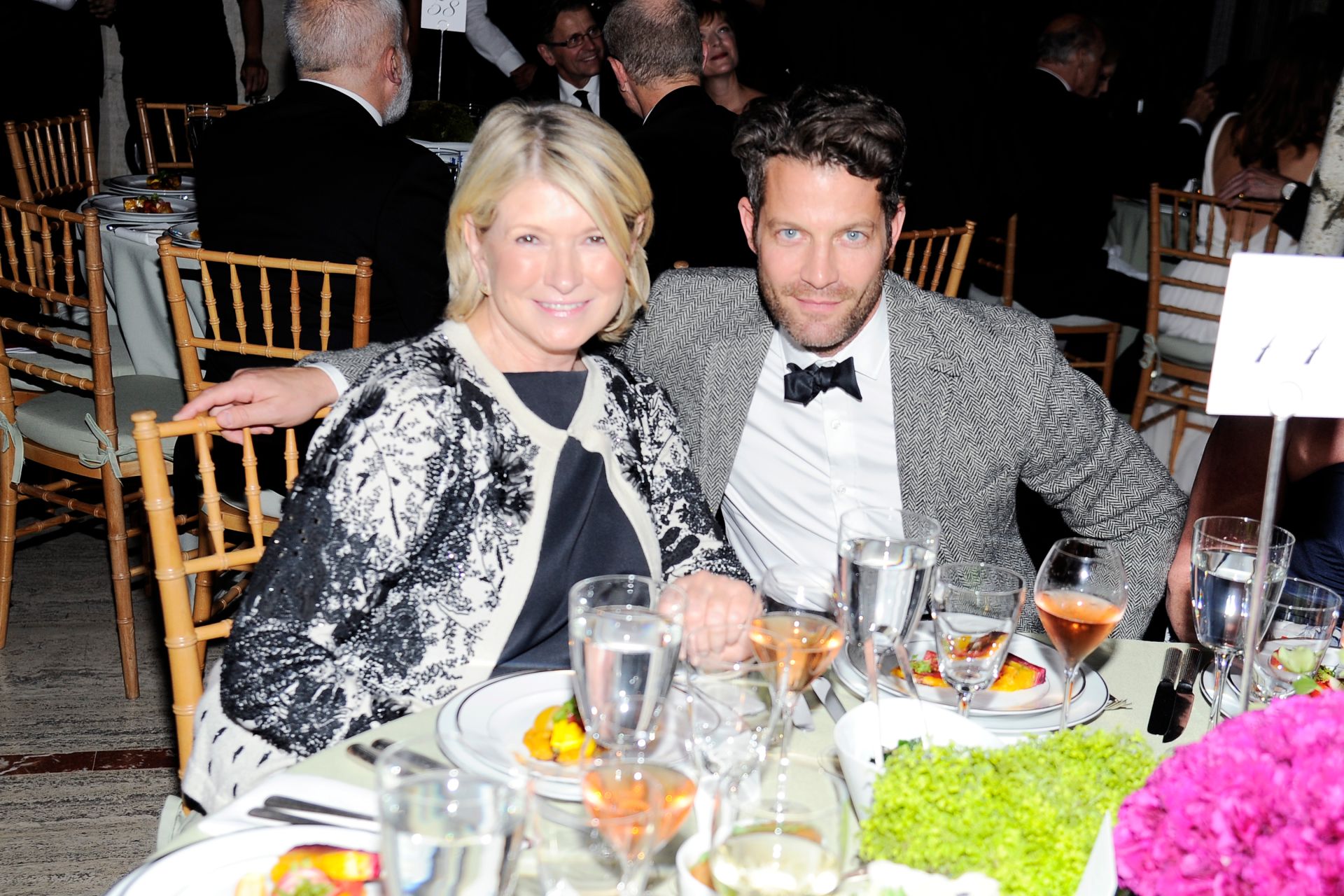 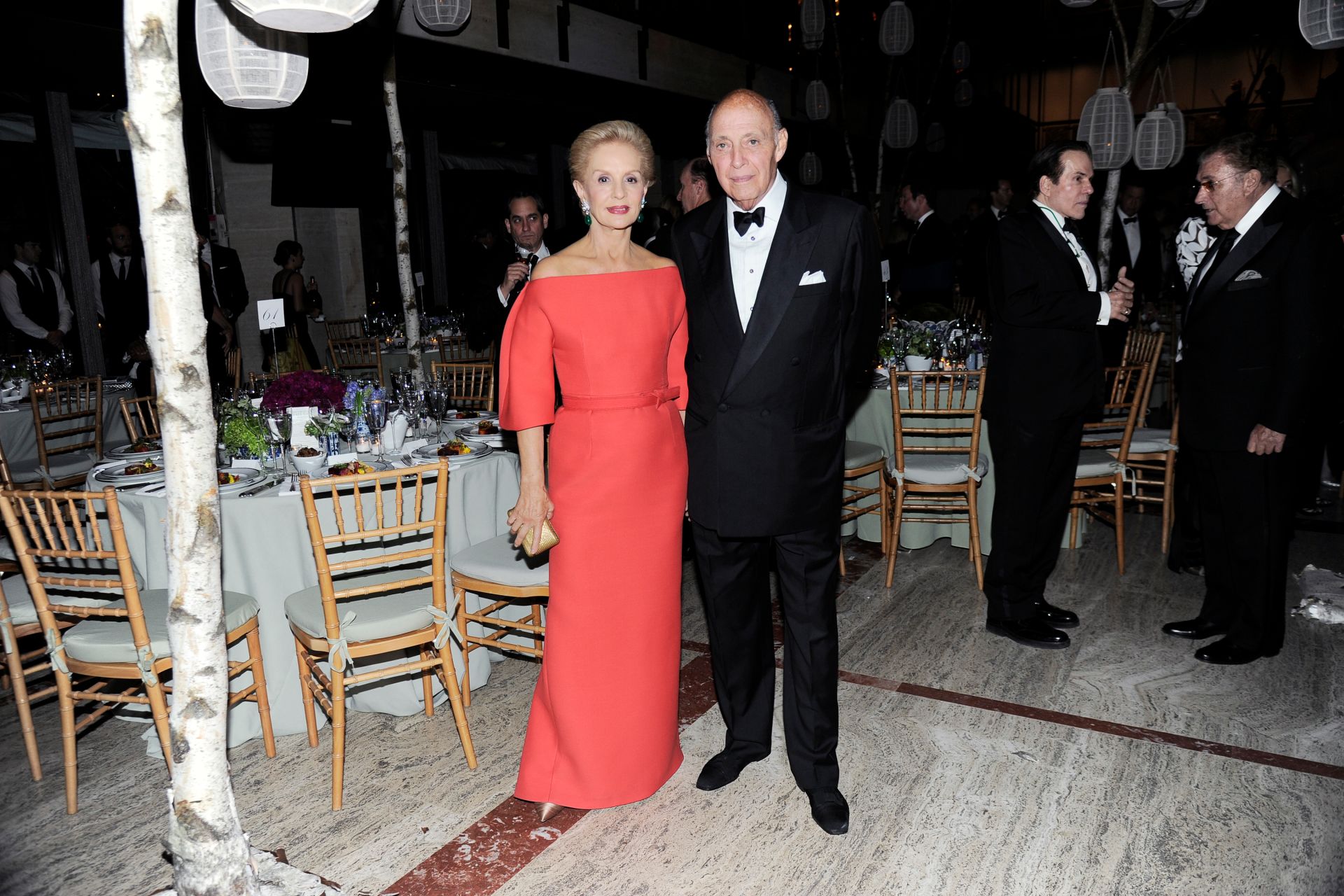 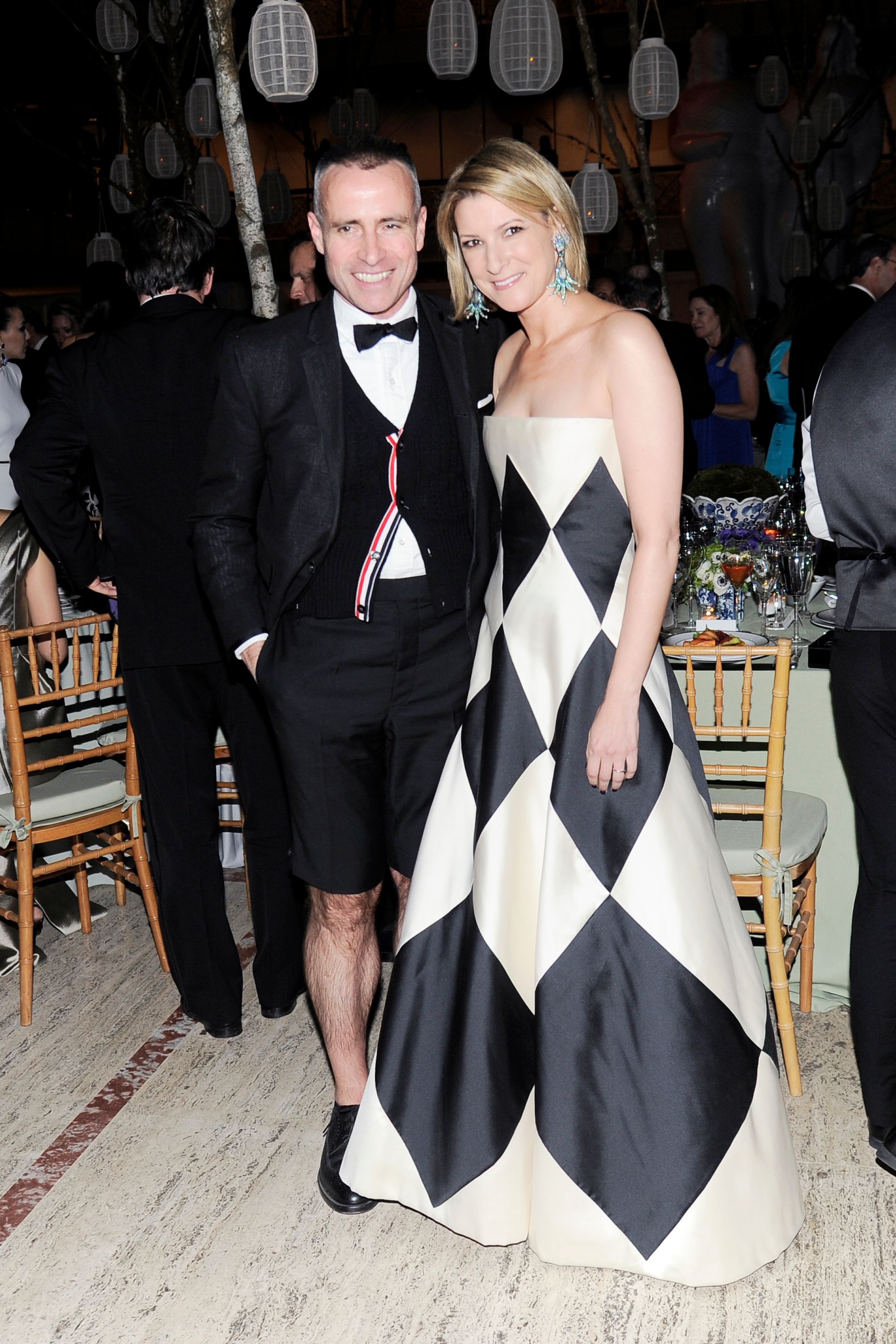 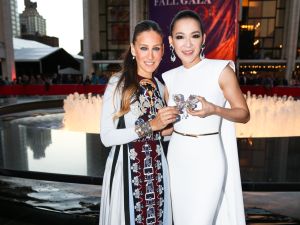 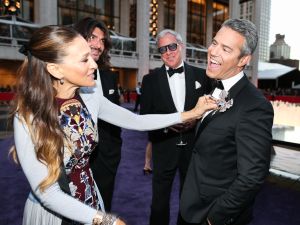 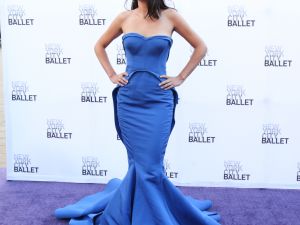 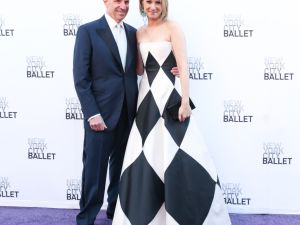 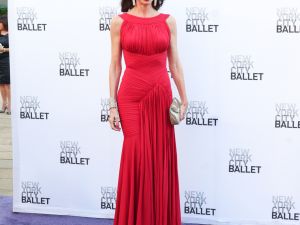 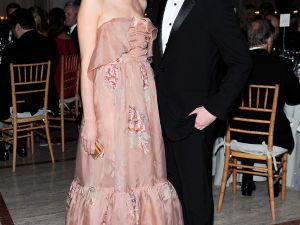 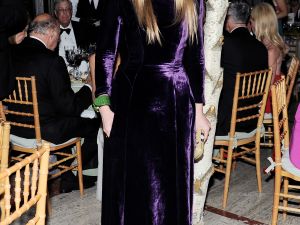 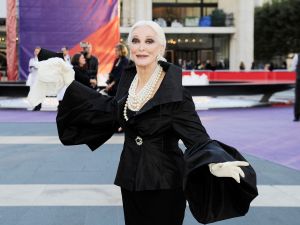 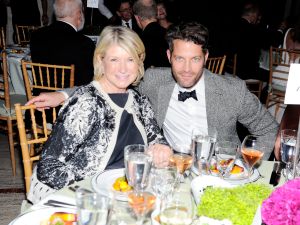 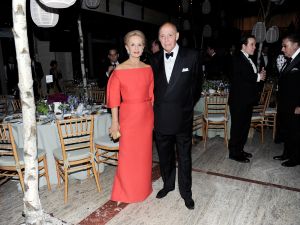 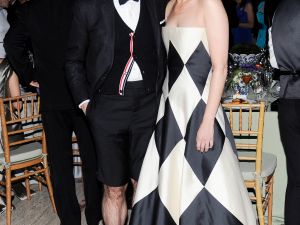 “I live in New York, I’ve been an audience member here for many many years. I actually danced here as a youngster,” Sarah Jessica Parker said last night at the New York City Ballet Fall Gala, “My love for the ballet is inexplicable, but I love this company.”

Lydia Hearst and Andy Cohen were among the crowd, but of course, the most awaited starlet was Ms. Parker, who co-chaired the event alongside Cindy Chao, Marianne Lake, and Jennifer and Trey Laird. When she arrived at Lincoln Center, she was a refreshing vision of serenity. Ms. Chao accompanied her and together, they imagined the 2014 Black Label Masterpiece Ballerina Butterfly brooch, which will be auctioned at Sotheby’s Hong Kong Magnificent Jewels and Jadeite Sale on Oct. 7, to benefit the New York City Ballet.

Ms. Parker, a former student of the School of American Ballet, smiled with the poise of a dancer as the paparazzi screamed for her attention. Her dress—icicle blue with vivid patterning—was dreamily eccentric and the black bow in her hair was somehow sophisticated. When asked why she has devoted so much of her time to the NYCB, a twinkle in her eye suggested her true love and sentimentality for the troupe.

While the Gala is certainly an opportunity for partnerships within two sectors of high culture, attendees were quick to point out that it is not the first or only venue in which the worlds of Chanel and Baryshnikov collide.

Perhaps that is why in 2012, Sarah Jessica Parker headed the first New York City Ballet Fall Gala, which fosters collaborations between fashion bigwigs and the world’s leading choreographers. George Balanchine’s company, known as the United States’ founding institution for American ballet, is distinct for its emphasis on movement for movement’s sake, and its aesthetic more often than not calls for leotards, skirts, and tights—practice attire—in performance. But sometimes, new repertoire requires sweeping costumes à la Serenade, and who better to conceive of them than the minds that dominate displays on 5th Avenue?

“The relationship between ballet and fashion has been going on since the Russian ballet, and the fashion designers were tapped to design the costumes,” Nate Berkus said. “Interior designers and architects—Christian Bérard—all of the famous French designers from the 1930s to the 1970s were all designing sets for the ballet.”

As always, the bi-annual gala did not disappoint. A packed Lincoln Center crowd was treated to 5 separate ballet performances, all featuring costumes from different heavyweight designers. The five chosen for this fall season were Carolina Herrera, Valentino Garavani, Mary Katranzou, Alexander McQueen’s Sarah Burton, and Thom Browne. “I expect to see lots of calves tonight,” Andy Cohen predicted before the night’s world premiere performance of “Clearing Dawn” featuring Browne’s signature cropped suiting. The resulting production was the crowd pleaser of the night.

Following the performances, patrons reconvened for a full dinner spread where the evening’s chairwomen, including SJP and jeweler Cindy Chao, held court. “They were all so amazing,” Teen Vogue editrix and honorary committee member Amy Astley gushed,”But I was absolutely loving This Bitter Earth performance (Ed Note: Choreographed by Christopher Wheeldon).” Sarah Jessica Parker couldn’t decide on a favorite though. “I really can’t play favorites,” she said before wafting onto the dance floor, “I just want to see more.”