A man who was flying a drone outside the National Tennis Center Wednesday night was arrested, police said.

According to the New York Post, 34-year-old Daniel Feighery was piloting the drone near the Flushing tennis stadium during a U.S. Open quarterfinal match in which Serena Williams handily beat Flavia Pennetta.

Mr. Feighery was stopped by police outside the main gate. They forced him to reel in the drone with his remote control.

The drone and its operator were brought to the Queens 110th Precinct Station House. Charges are pending. 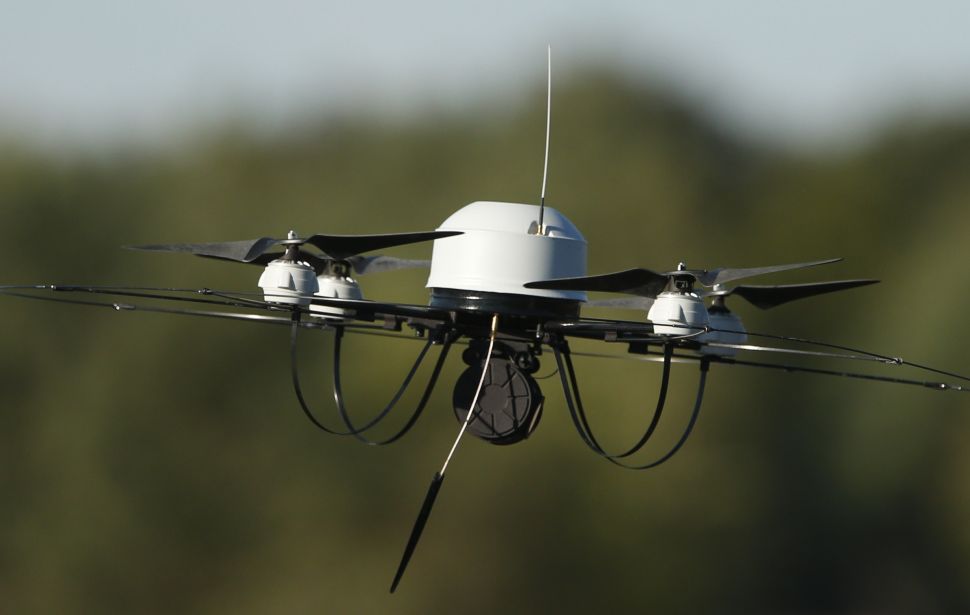