The first time I came to New York, I brought an undignified pair of pants with me. These pants, blindingly gray-white and tight-fitting, looked too new, like they belonged to someone else — like I’d bought them in a last-minute effort to look nice for New York. I bought them somewhere in San Francisco, along with a new pair of sneakers equally deserving of contempt, as a twenty-fourth birthday present to myself. My then-boyfriend Dan hated the pants. He had studied design at art school. He had an eye for things, a knack for suitable dress.

A couple of days into our trip together, a design friend of Dan’s who worked for Martha Stewart Living Omnimedia gave us a tour of the company’s formidable headquarters in Chelsea, in the Starrett-Lehigh Building. Inside that marvelous and modern full-block structure, marvels on a smaller scale: the Martha Stewart crew — surprise!— kept things super organized. When the design friend took us into a vault-like room full of meticulously sorted cutlery, napkin rings, et cetera, he said, “Here’s where we keep everything kitchen-y we might need for a photo shoot.”

I opened a wide metal drawer labeled SALT AND PEPPER SHAKERS. Inside, an array of shakers in a variety of styles lay in wait for their close-ups. Other drawers and boxes held butter dishes, bone china sets, strawberry forks. So this is New York, I thought.

Our tour continued. We passed by the Martha Stewart test kitchen and into the open-plan work area. When I asked Dan’s design friend how often he saw Martha in the flesh, he said, “Oh, she comes in here with her dogs. You know, she can be surprisingly gruff. She swears like a sailor.”

The image of Martha Stewart gliding into the open-plan work area, trailed by a trotting Chow and two French bulldogs, peppering the air with profanity, made me smile. I still dreamed of working in magazines back then, and hoped to say “fuck” a lot in an editorial office of my own one day.

I shouldn’t have been in the Martha Stewart Omnimedia compound, though. I shouldn’t have been in New York at all. Dan and I had been dating for about eight months. We wanted different things from life. He wanted to display ceramic owls by Jonathan Adler on his mantelpiece and frequent terrific eateries. I wanted to read by myself in a squalid apartment and take frenzied, helmetless bike rides through town, and do as little respectable work as possible. He had (and still has, I saw him recently) a flair for working regular hours at well-paying, design-related jobs. Back then I regularly abandoned gainful employment, and apartments, and boyfriends, and overdrew my checking account to stay up all night drinking with drag queens. In any case, when Dan took me out to dinner on my birthday, I probably should have turned down his second, surprise gift: a card pushed across the table during dessert with the happy announcement inside that he was taking me to New York.

Dan’s full-bore generosity made me uncomfortable at times. I concealed my immediate mistrust of this gift. What kind of person, I thought, gives the gift of surprise travel? I’d seen this kind of gift given on-screen before, and it never failed to strike me as an outrageous gesture. It puts needless pressure on the trip to go well, for one thing. It’s also the exact wrong gift for my temperament; travel awakens my meanest independent streak. Dan had even asked, sensing my reluctance in the lead-up to departure, whether I was sure I felt comfortable with him taking me to New York. I wanted to be sure — it’s all I’ve ever wanted, to be sure about something, anything — so I said yes. It would soon become clear, however, that I needed to move at my own pace while traveling, meet new people on my own, explore and possibly disrobe with life beyond the faces and places I already knew. Over the years, I’ve strained many a romance and friendship by trying to keep this instinct in check, in New Orleans, in Vancouver, in Montreal. I’ll always remember that first trip to New York, though, as one of the most exciting, ill-advised romantic getaways I’ve ever had the pleasure of suffering through.

It can’t have been fun for Dan either. After all, I brought those pants. Those shoes. I barely bothered to conceal my bumpkin status, exhilarated by the air of the city, the electric, propulsive energy on the streets. My wandering eye clocked knee-weakening specimens on every corner. I felt like Charles Darwin in South America, transfixed by an endless and fascinating parade of biodiversity. Dan wanted to go to the cupcake shop or to dine with his uncle at a celebrity chef’s restaurant, errands that interested me only inasmuch as they created opportunities to observe more strangers. I was a bad boyfriend, really; I found cupcakes ridiculous. I called them “an infantilizing dessert.” I met several of Dan’s family members, longing to tear away from the table and run into the streets alone.

When, after our tour of the Martha Stewart Living Omnimedia compound, we joined the designer friend and his boyfriend for a dinner date, I sat and brooded through a conversation about other New York professionals they knew, all of whom had bold plans for professional achievement. The design friend held up a connection of his, a woman who worked in magazines, as an exemplar of long-term planning and ambition. Apparently she had risen through the ranks of whatever glossy she labored for with dazzling speed and determination.

“I mean, she has a ten year plan to become the publisher of Vanity Fair,” he said. He spoke in a breathless way, in awe of the woman’s fearsome workplace acumen.

“She sounds like she really knows what she’s doing,” I said.

“The thing is,” he said, “when she says she’s going to be the publisher of Vanity Fair ten years from now, I completely believe her.”

I wondered how many other people on the block just then had a ten year plan to become the publisher of Vanity Fair, an institution that, on a certain level, like all institutions, would remain essentially indifferent to whoever served it, even in the coveted role of publisher.

My discomfort with the circumstances of my New York visit deepened, even as my enchantment with the place itself grew. One evening, after Dan and I returned to the well-appointed little pied-à-terre in Chelsea that belonged to another of his friends, I couldn’t sleep. Dan fell asleep easily, probably owing in part to how few stimulants he consumed, but I often struggled with insomnia. That night in particular, a trapped feeling set in. I paced the apartment, glaring at things — photographic prints displayed just so on the walls, Dan’s sleeping body wrapped in what I knew to be a set of sheets more luxurious than any I’d ever touched before — resenting this gift.

The likelihood of our breaking up the moment we returned to San Francisco appeared all too clear. I crawled back into bed. After staring at the ceiling for an hour, I dropped off to sleep.

We met up with the Martha Stewart friend one more time on that trip. He and Dan wanted to go to some sort of professional design expo. I don’t remember where it was or what the event was called — something like “The International Bunch of Impeccably Dressed Design People In a Big Room Discussing Design Objects and Each Other” Exposition. I wore the hated pants. Many well-designed objects, all forgotten to me now, stood on pedestals, soaking up admiration, scorn, and indifference, viewed through well-designed eyeglasses. The Martha Stewart friend, the friend with the friend who planned to become the publisher of Vanity Fair, produced a small vial of coke and a tiny spoon. Was there a drawer for tiny coke spoons among the other kitchen-y things in the prop room at the Martha Stewart Omnimedia compound? COKE SPOONS. I took a bump, suddenly quite enjoying the world of design and design people. Dan refrained. He glanced at me with the air of someone trying not to look a little betrayed.

“Much better,” said his friend.

The coke improved my mood. It also made me more eager to flee the scene, and more willing to do so. I eyed the exits. Soon our group stepped out onto the sidewalk, so that the design friend could have a cigarette. I didn’t really smoke, but wanted to under the circumstances. The design friend kindly offered me one.

Dan gave me another look. I drew close to him.

“Is everything okay?” said Dan.

We agreed to part ways and meet up later. They went back into their design thing. I went off on my own, other thing — my wide-eyed, fevered, cupcake-hating thing. Alone at last, and with all these gifts — the quickly fading coke buzz, the cigarette for the road, the few more hours in New York. Gifts that I accepted in spite of everything, even asked for, and that I now had on my conscience. But each step took me further from such concerns. I don’t know what possessed me, but I was walking now, in those hideous pants, in those unforgivable white sneakers, as fast as I could. I rounded any corner I pleased. I turned down any street that called my name, going nowhere. Within minutes I felt light on my feet, and impossibly free, as though I had planned on feeling that way all along. 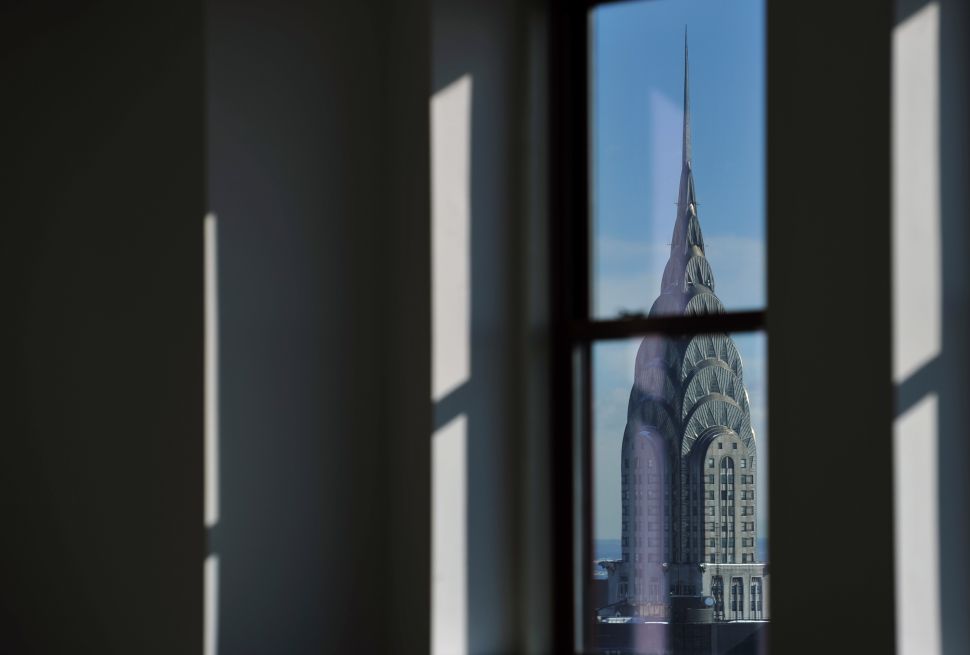