Not at all scruffy.

Stacey Fabrikant, a lawyer and art dealer—and a relation of the Fabrikant diamond dealing dynasty—never spoke much with Robert Dankner, a broker at Prime Manhattan, when the two attended high school together at Great Neck North. But when she saw him pictured recently in a real estate publication, Ms. Fabrikant thought that perhaps the silence had gone on long enough. She and her husband, who also works in real estate, had been trying without success to sell their six-bedroom co-op at 2 East End Avenue, and figured that her former classmate might provide some assistance.

He tactfully advised Ms. Fabrikant that she was asking roughly $600,000 too much for the place and thus likely reducing foot traffic to the listing. It’s now on the market with Mr. Dankner and Prime’s Maude Davis for $3.89 million, which Mr. Dankner considers an inviting price for what he calls “a home of epic proportions.”

Indeed, the figure seems suspiciously low for an apartment of 4,200 square feet, the result of combining two three-bedroom units. It is, Mr. Dankner estimated, “one of the least expensive homes of this size, of this condition on the Upper East Side.” Though the place is seaworthy as is, he said, it could, with a combination of imagination and money, make for a grand affair. There are few structural walls, and two bedrooms might be eliminated, for example, to leave four generous sleeping quarters and some 2,000 square-feet of “monstrous living space,” complete with 10-foot ceilings and southern exposures.

“There are not a lot of choices north of 4,000 square feet that are not astronomically priced,” Mr. Dankner said. “If you threw the kitchen sink at it and did an extraordinary renovation, you’re talking about a one of a kind one apartment. At its best, highest use, you’d be looking at a brand new 4,200 square foot apartment for $1,500 a square foot. You can’t find that.” Still, the broker acknowledged, part of the reason for the co-op’s low asking price is its location on East End Avenue, which often goes overlooked or passed over by shoppers due to its tucked away—out-of-the-way in some reckonings—locale close by the East River. A magisterial apartment could have trouble finding a buyer willing to foot the bill down the line for a baronial spread so far away from the other barons. Mr. Dankner feels optimistic, though, that a luxury condo building currently under construction at 20 East End Avenue will update the tenor of the neighborhood—and the prices.

“If this was renovated, I think it would trade well having proximity to that building, which will bring new consumers,” he said. “Currently this area is not heavy on new consumers. A lot of people there now came with the road, so to speak.” 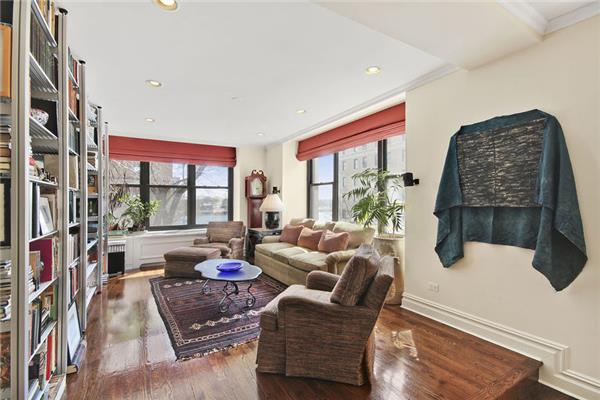