It’s becoming increasingly apparent some new Koch Brothers are on the loose in Washington, lavishing money on liberals and conservatives alike. Like the Brothers K, they got rich on filthy fossil fuel revenues, and are using their booty to buy up think tanks, lobbyists and the best law firms. For good measure, they’re tossing some of the nation’s top liberal institutions into their shopping carts, too.

I refer here to our nominal allies, the medieval, superrich Gulf States. Thanks to investigative journalists at The New York Times and the Nation, who recently combed through reams of public disclosure documents, we now know that the Saudis, UAE and Qatar have been flooding the nation’s capital with greenbacks.

The Nation’s Lee Fang reported last week that one of the takers is Minnesota’s ex-senator Norm Coleman, who has signed on as a lobbyist for the Saudis. This is ominous because Mr. Coleman chairs two Republican super PACs in D.C., the American Action Network and Congressional Leadership Fund, which funnel millions to Republican candidates. In 2012, Roll Call put him “at the center of GOP fundraising, campaign strategy and policy from the top of the ticket on down” and this year AAN is doling out millions to a new crop of aspiring pols.

The former senator is now taking money from a nation that arguably has done more than any other to foment fundamentalist Islam and whose religious leaders and deep-pocketed sheiks continue to give moral and financial support to jihadis as they drag us into another Middle Eastern war.

Mr. Coleman is not alone. The Times reported that some of the major think tanks are practically partially owned subsidiaries of the petro-states. The Center for Strategic and International Studies, a respected policy and security think tank, took more than $1 million to help build new headquarters near the White House. Brookings accepted a four-year, $14.8 million donation from that bastion of liberal thought and tolerance, Qatar. There’s a Brookings affiliate in Doha and a project in the works “on United States relations with the Islamic world.”

Qatar, home to Arab media giant Al Jazeera, was the first Gulf nation to take the giant leap forward in 1999 of allowing women to vote, but it treats hundreds of thousands of migrant workers like forced labor, according to Human Rights Watch. Worse, it is home to some of the big private fund-raisers for Al Qaeda’s Syrian franchise, and Qatar itself “has provided at least some form of assistance—whether sanctuary, media, money or weapons—to the Taliban of Afghanistan, Hamas of Gaza, rebels from Syria, militias in Libya and allies of the Muslim Brotherhood across the region,” according to the Times.

Three of the Western world’s premier cultural institutions—New York University, the Guggenheim and the Louvre—are in various stages of setting up shop in Abu Dhabi. When I wrote about this last year, hundreds of NYU faculty members had volunteered to work in Abu Dhabi. Why not? What pedagogue could resist the lure of fat bonuses—in some cases the equivalent of two-thirds of a year’s salary—along with first-class airfare for the family and free private school for the kids?

These think tanks and liberal establishments have a plausible excuse at the ready. The idea is that a Brookings or a NYU planted in the heart of these regressive societies is a kind of good virus, infecting them with enlightenment and tolerance.

But the influence works both ways. When liberal institutions hook up with regressive rich petro-states, they can start kissing their enlightened ideals good bye. Saleem Ali, a former visiting fellow at Brookings Doha, said he’d been told explicitly during his job interview that he could not take positions critical of the Qatari government in his papers.

And which of Mr. Coleman’s Republican candidates and PAC beneficiaries, if elected to Congress, will ask questions about Saudi Arabia’s dark side after getting a ride to D.C. on the magic carpet of its petro-dollars?

It’s no secret that Saudi Arabia has in the past seen fit to blow billions exporting the fundamentalist Islam that committed 9-11 and created ISIS and which promises to be the civilized world’s bête noir for decades to come. Staggering amounts have been spent on one of the greatest global PR campaigns in history. Between 1975 and 1987, the Saudis spent $48 billion—$4 billion per year—on “overseas development aid.” By the end of 2002, that number had hit over $70 billion. In comparison, Moscow spent $1 billion per year during the peak of its power in the Cold War.

What they bought with that money was control of Islam. One example should suffice: in Nigeria, in 1999, the Saudis provided the governor of the first state to institute sharia law with hundreds of motorbikes, to be used by men to sexually segregate taxis. The Saudi sheiks were “delighted” at how sharia was spreading in Nigeria. How much of a leap is it to imagine that some of these influencers would give more than extremist moral instruction and financial encouragement to Boko Haram, whose murderous members now roar into towns they plan to burn down—on motorbikes?

Among American progressives, it is more politically acceptable to call out the Koch brothers for spewing their petro-dollars around to buy influence in American politics than it is to analyze how the Gulf petro-powers that finance regressive and even murderous movements around the world, can buy influence in D.C.

It took Wikileaks to reveal the depth of official American concern over the amount of dough the Saudis spend on fomenting terrorists, or to learn that the American consulate in Pakistan reported that the Gulf states had spent $100 million a year on extremist madrassas. In 2010, according to Wikileaked cables, then-Secretary of State Hillary Clinton said, “donors in Saudi Arabia constitute the most significant source of funding to Sunni terrorist groups worldwide.”

Such is the power of the ties that bind us to these regressive nations that you didn’t hear Madame Secretary utter those fightin’ words in public. They had to be leaked by Julian Assange and Chelsea Manning.

The sleek D.C. offices where the Saudis buy their influence is a world away from the gore and beheadings. Their often blonde representatives speak with British accents and wear discreet gold jewelry, status bags and bespoke suits. But Nation writer Mr. Fang wrote that Mr. Coleman “appears to be the first leader of a significant super PAC to simultaneously lobby for a foreign government.”

By taking on Saudia Arabia, Mr. Coleman, and the other D.C. entities on the petro-payroll exhibit the same short-term-gains mentality that motivates politicians who take Koch money. Mr. Coleman, a leading Jewish Republican, apparently believes Saudi Arabia is a powerful ally against Iran, and perhaps he imagines he is “helping Israel.” In the long-term, he is opening doors in D.C. to the very entity that promotes the most virulent, lethal belief system in the world, one arguably even more dangerous to the interests of the Unites states than Iran ever was.

Are some of us so in love with ease and luxury that we will trade off principles for a first-class ticket on Emirates Air and a high-six or seven figure salary and all that it buys for families in Washington these days? What are we fighting for when our liberal institutions and policy-influencers will overlook medieval traditions regarding women, free speech and human rights for a paycheck?

These are countries in which foreign embassy basements are packed with stateless female domestics—slaves who have escaped their masters and who have no legal rights; where women are legally children their entire lives; where mullahs preach hatred of “infidels” and Jews every Friday and nobody within 1,000 miles dares reject it because if they do they are clapped in jail, without trial, tortured or gruesomely silenced forever by fanatics.

As a nation, we may be strapped for cash, the good times may indeed have come to an end, but some things we believe in should not have a price. To take their money is as wrong as the billions Saudi Arabia spent on “aid” to madrassas—not to educate but to infect generations of poor Muslim boys with an abiding love for dead martyrs. 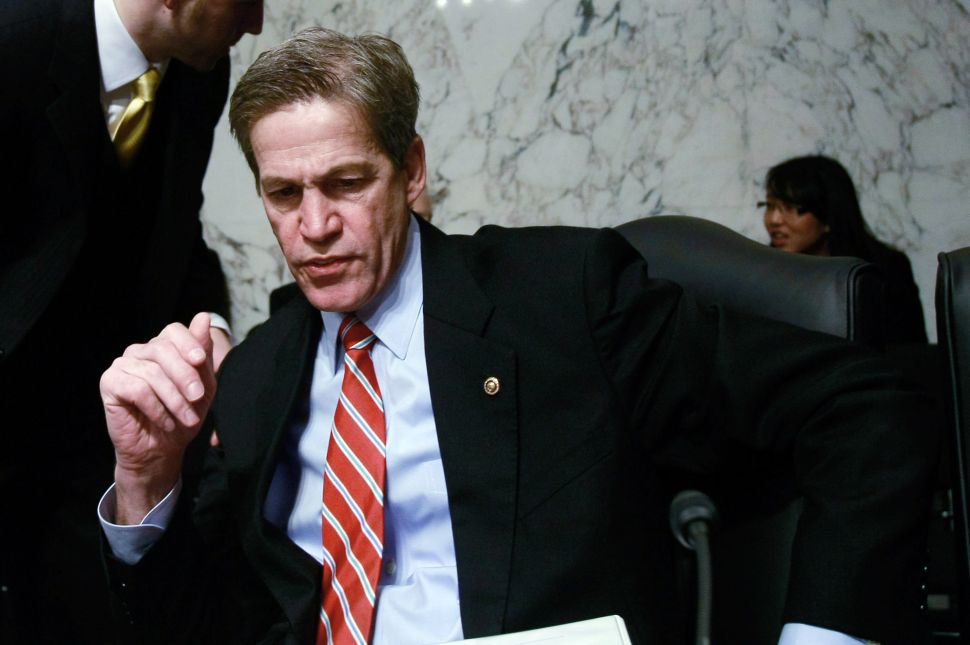