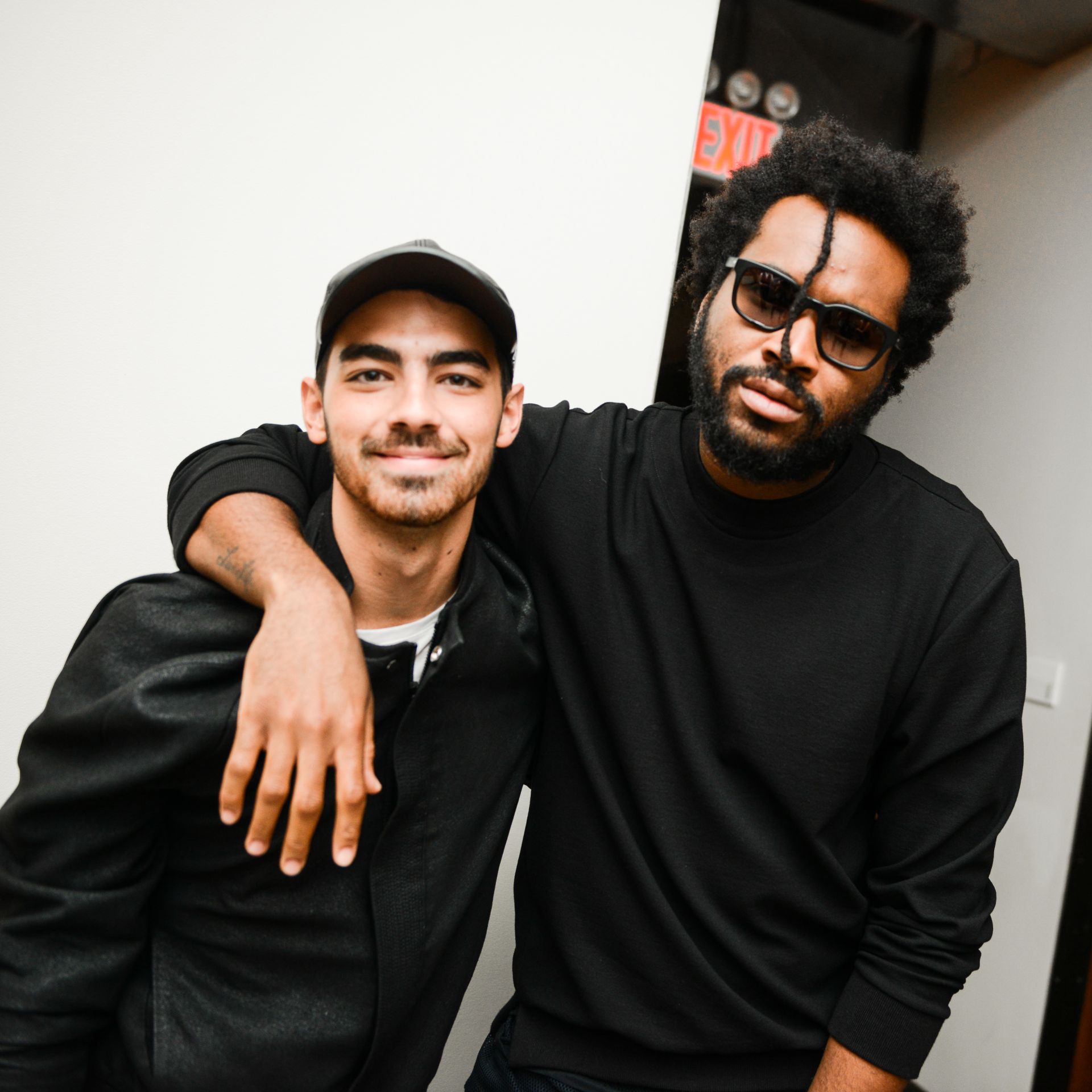 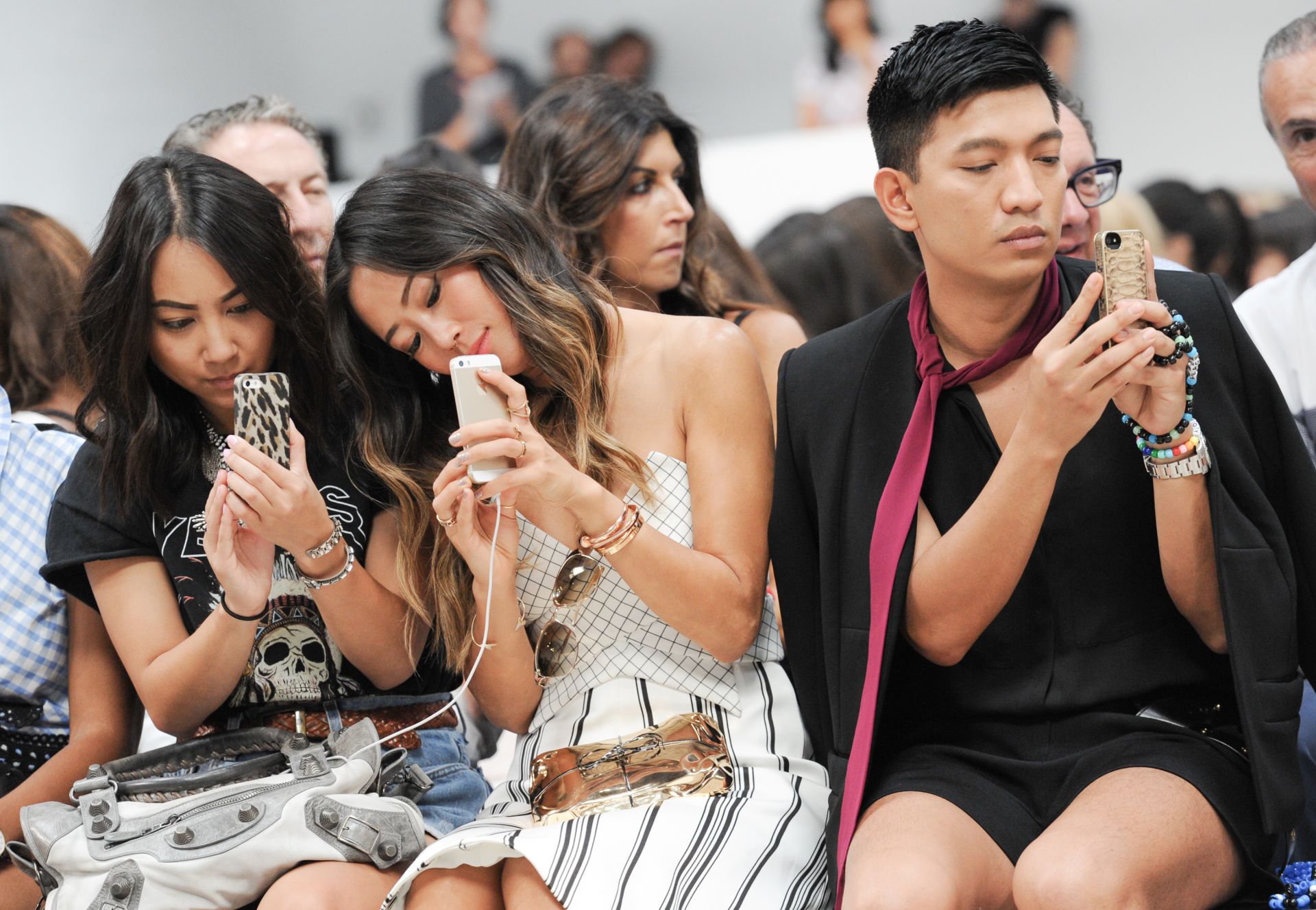 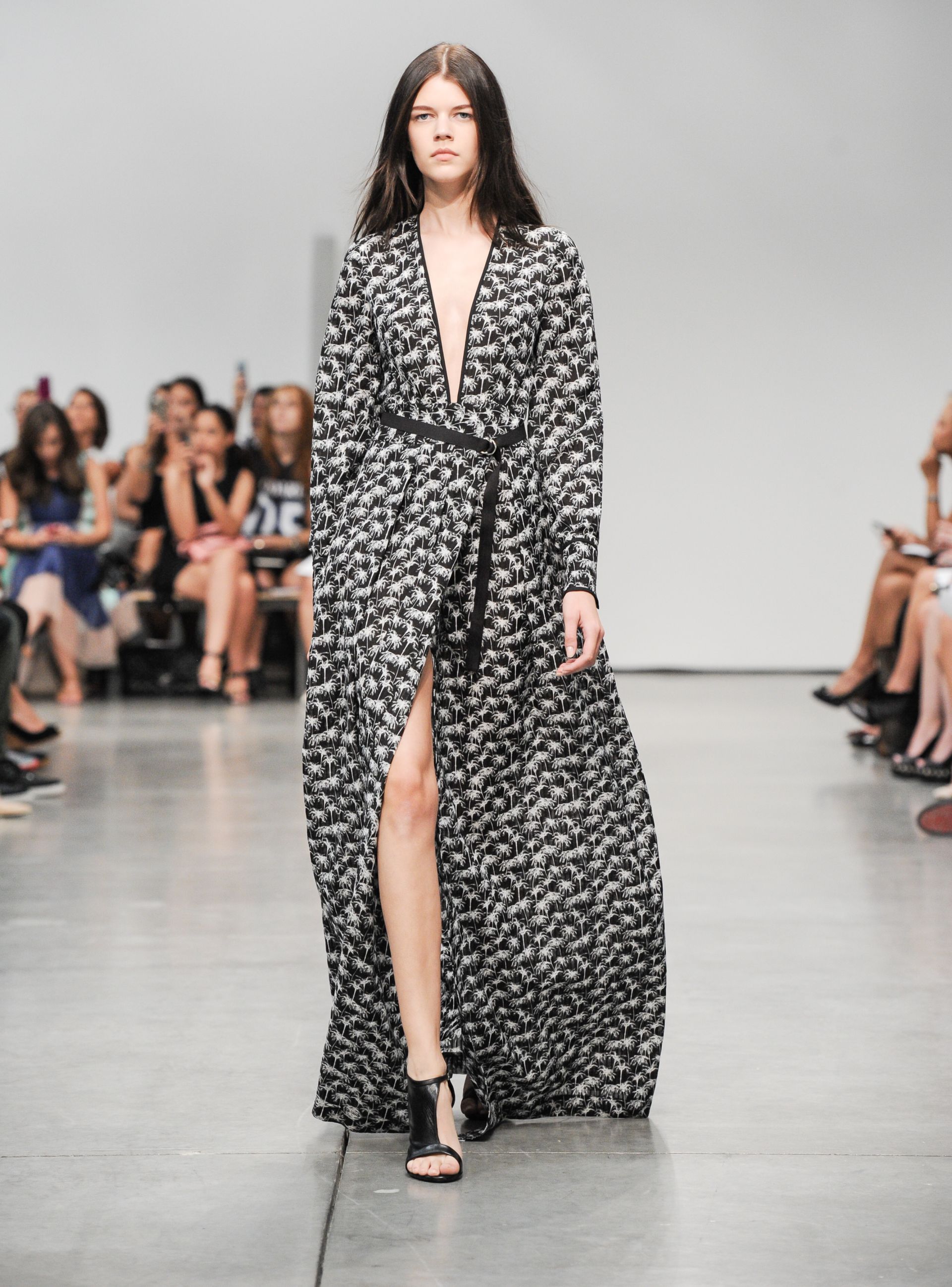 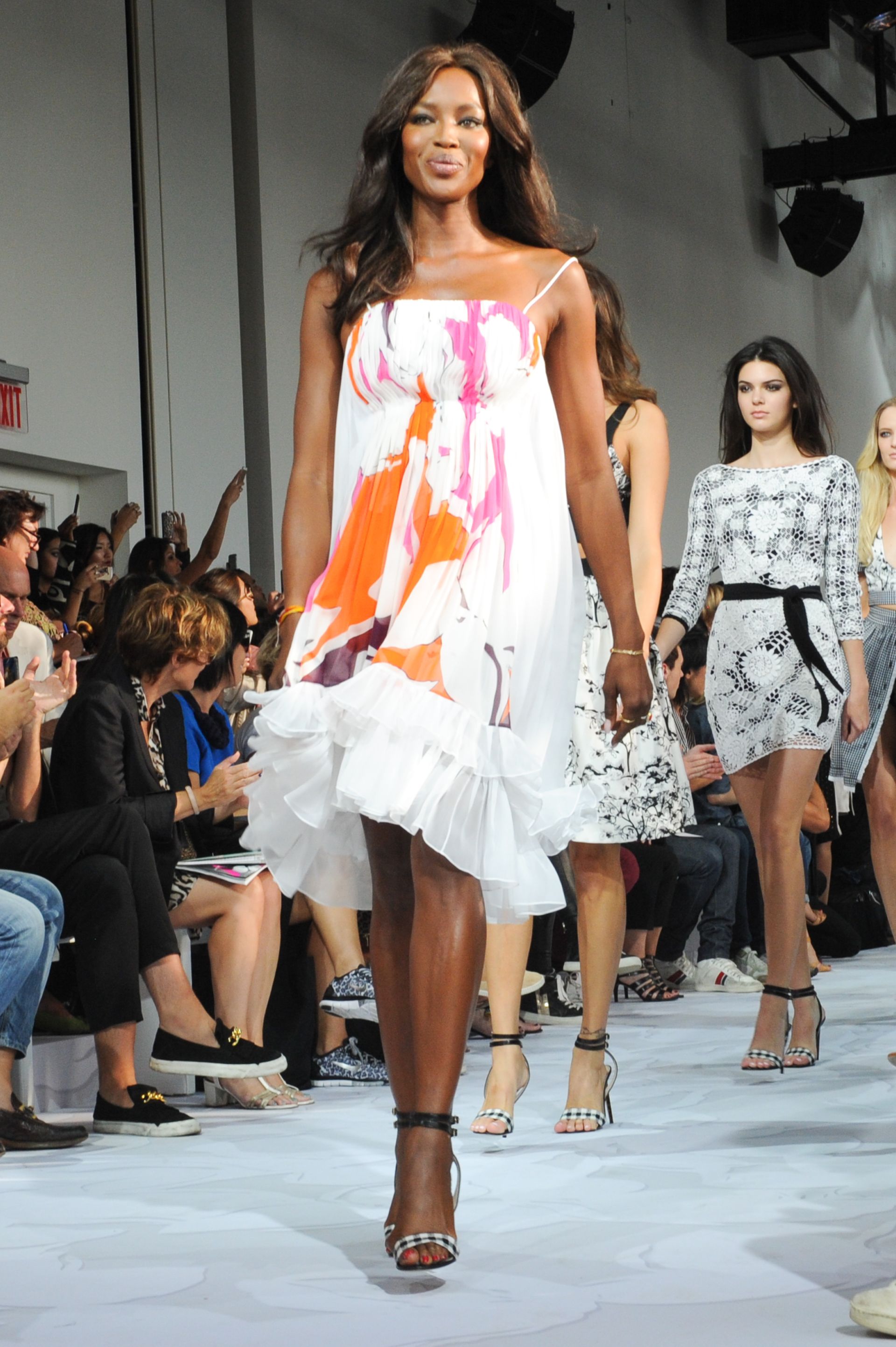 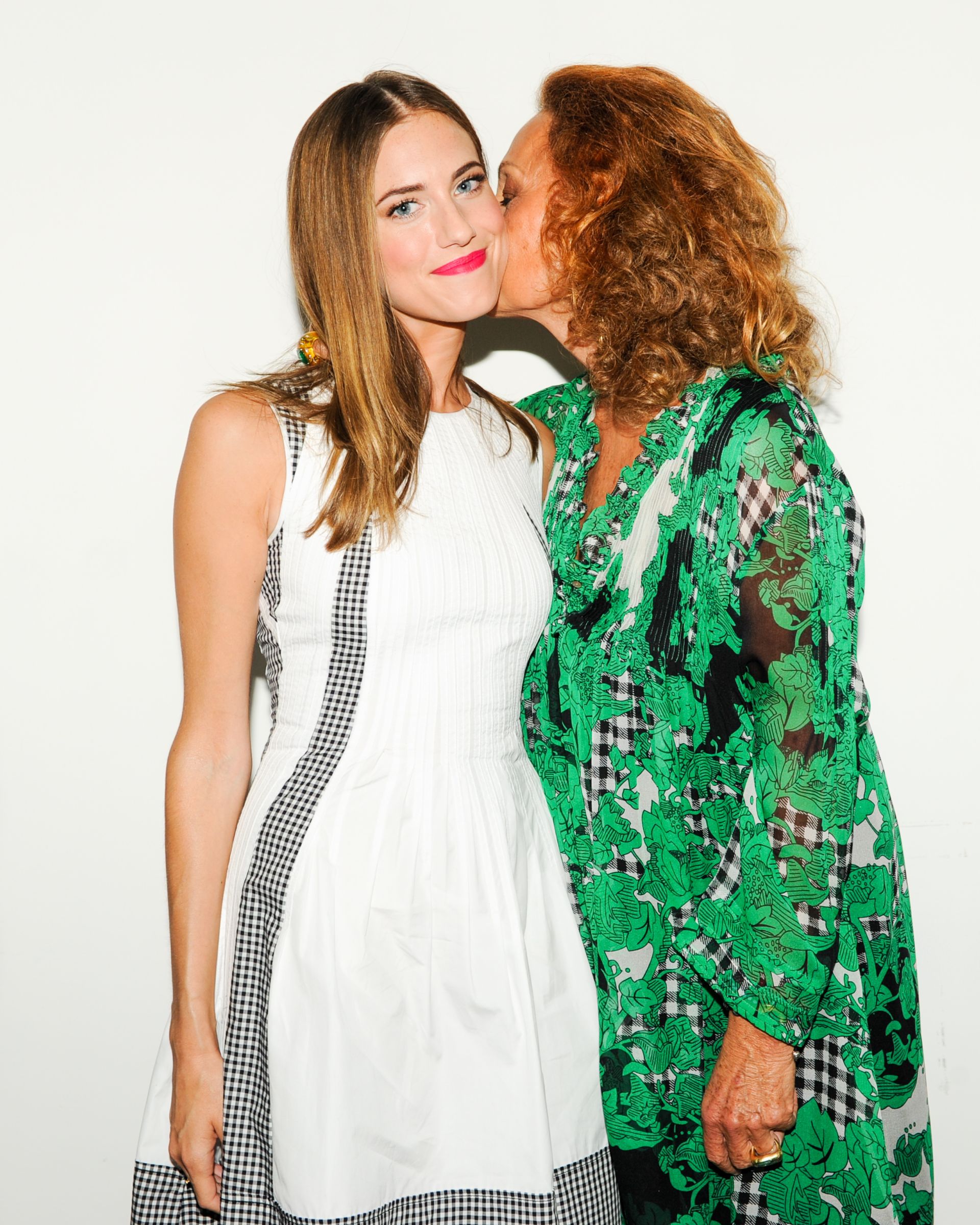 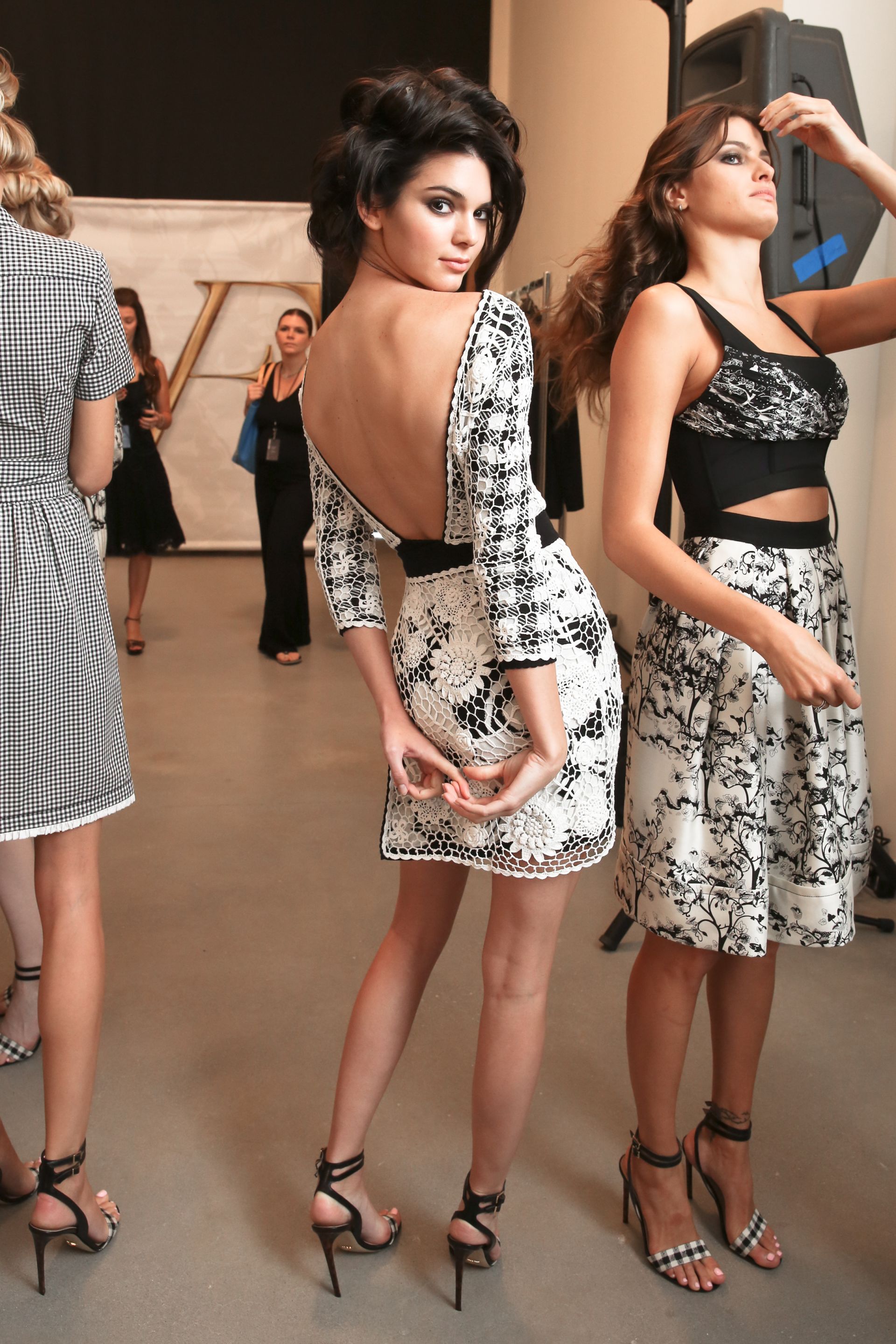 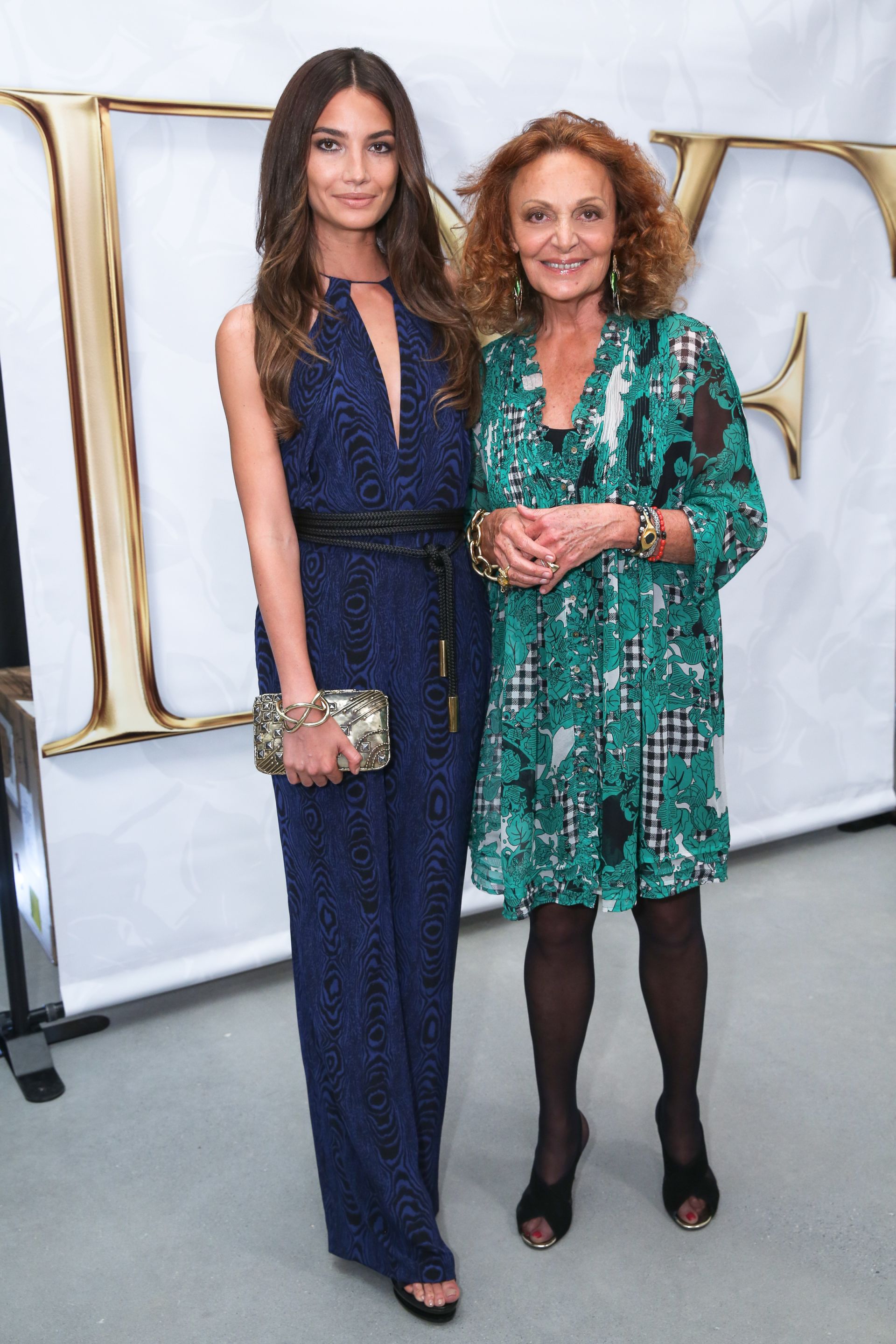 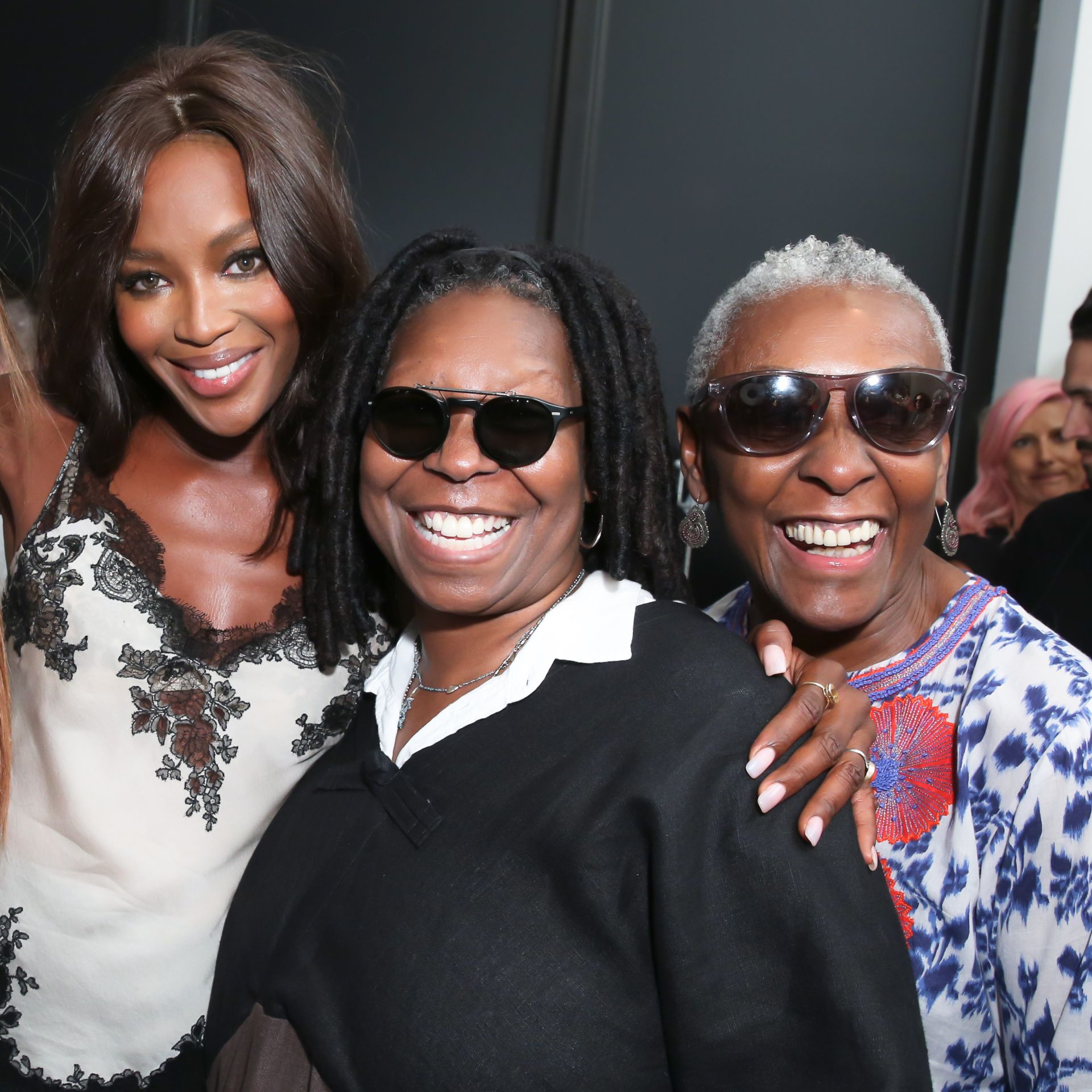 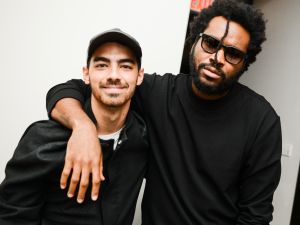 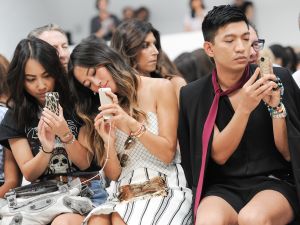 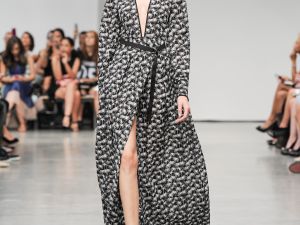 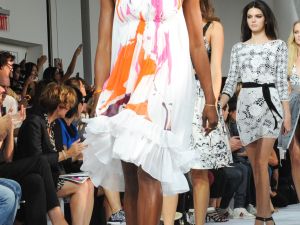 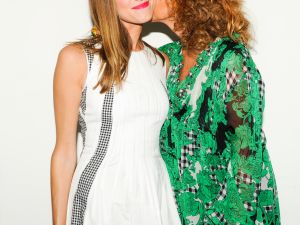 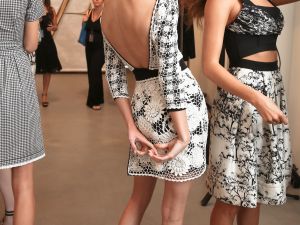 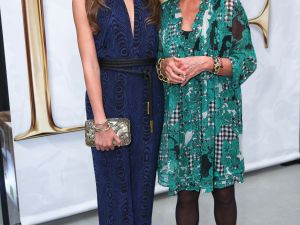 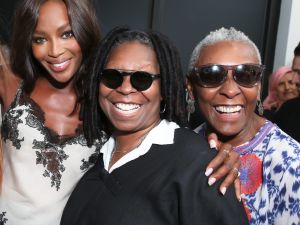 At the NYFW halfway mark, Sunday was bookended by two of the most anticipated fashion week celebrations. In the morning, Maxwell Osborne and Dao-Yi Chow from Public School kicked things off with their show at Milk Studios. Having won the CFDA Award for Menswear and the CFDA/Vogue Fashion Fund, the brand is clearly on the up and up. Diversity is the key, with fans from every age group – Mick Jagger and Kendrick Lamarr have both been spotted schooled up in the label’s street-inspired menswear though it recently launched womenswear exclusively with Barneys. At the show, the buzz was in the air as it sent out sporty women’s staples like slouchy jogging pants, boyfriend blazers and graphic sweaters in a swirly blue motif as Twin Shadows’ George Lewis Jr. played the soundtrack for the likes of Joe Jonas and will.i.am. Across town Victoria Beckham launched another collection of sedate, sticking-to-the-rules dresses and her new range of colorful flats.

Around the corner Yigal Azrouel presented spring offerings in the form of slouchy pajama pants and tops in fun, surfer prints and bomber jackets over silk striped pants and georgette dresses. Bloggers including Anna Tran, Aimee Song and Bryan Boy snapped away from the front row. Then it was onto DKNY where an invocation of NYC street culture brought to mind the glory days of the 1980s mixed with a young, urban newness. Perez Hilton joined the front row hordes. Mid-afternoon was rounded off at Thakoon where Taylor Schilling posed and chatted with fellow audience members before a bright, easy-to-wear collection, featuring Thakoon’s signature high-low look, everywhere on and off the catwalk this season and sure to be ripped off by every Mall retailer next year.  A close up of real Thakoon inspires no comparisons though and insiders will always recognise his masterly touch. We couldn’t help wondering if there was a blip in the catwalk though, or was it nerves that caused a couple of the models to stumble in front of Anna Wintour at the show?

Every Fashion Week Sunday at 4:00 PM, Diane von Furstenberg packs the house with her collections featuring her signature wrap dress and chic separates for the glamorous woman on-the-go. This season was no different, as Mr. Furstenberg sent supermodel Naomi Campbell onto the runway for the likes of Paris Hilton, Whoopi Goldberg, Mayor de Blasio’s wife Chirlane McCray and Allison Williams of Girls. But the real treat for fashion week goers came in the form of Opening Ceremony’s one act play, 100% Raw Cotton at the Metropolitan Opera last night. Ever pushing the envelope, Humberto Leon and Carol Lim find innovative ways to showcase their collections season after season, and this time they enlisted Spike Jonze and Jonah Hill to write a play that would incorporate the clothing. The piece starred John Cameron Mitchell of “Hedwig and the Angry Inch” fame, Bobby Cannavale, Catherine Keener, Dree Hemingway and Elle Fanning and centered on the themes of innocence, growing up, and how fashion week makes everyone crazy. The audience could relate.