But now it seems he’s got a little too famous for his own good. NBC New York reports that the NYPD tracked down the daredevil teen via his Instagram account Tuesday, charging him with criminal trespassing and reckless endangerment.

Mr. Lebedev is a self-proclaimed “urban historian” according to the Creators Project. He has captured incredible views of Manhattan at night from 423 Park Avenue, set to be the tallest residential building in the United States at almost 1,400 feet above ground, dangled from skyscraper ledges and roamed subway tunnels. Mr. Lebedev’s Instagram has amassed over 8,000 followers.

Untapped Cities pointed out how illegal his daredevil stunts are yesterday, stating Mr. Lebedev clearly scaled 423 Park without official permission. This sort of behavior seems to be a growing trend among New York teenagers, as Justin Casquejo, the boy who climbed the World Trade Center, was just caught and arrested again for climbing a New Jersey tower. 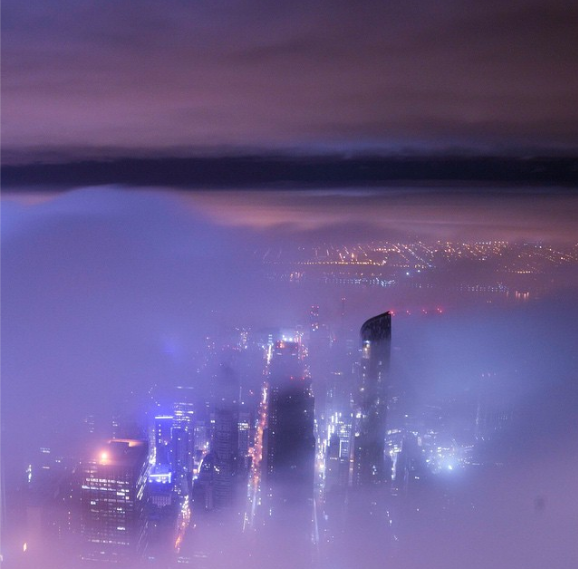