I grew up on Peanuts comics strips. Say what you will about my man-childness, but I always associated with Linus van Pelt and, to an extent, his safety blanket. What a concept that is, to have something inanimate but still depend on it, based only on its familiarity and comfort. To need that thing to be happy. To be wary of anything not including that same familiarity, even to fear it.

“Slow your roll there, Mancuso, that’s an outdated reference and a stretch for a metaphor,” some of you might be saying. “What is it Friday or something?”

Well, yes it is. But let me explain. Television quality has no doubt changed recently –overwhelmingly for the positive, mind you — but how so? Let’ take a look at the majority of shows generating buzz for Fall or recently getting greenlit: Gotham, Constantine, The Flash, Daredevil, Teen Titans, Supergirl, iZombie, etc, etc ad infinitum.

Deadline recently reported that only five shows of the many set to soon premiere are getting “positive social media interest.” Reluctant as I am to submit to our Twitter and Facebook overlords, I can at least say that yes, that’s important. What is popular on social media is what people are talking about. In this case, the only five shows to get more than 100 mentions — a tiny amount, considering the amount of social media users — are Gotham, The Flash, Constantine, NCIS: New Orleans, and How to Get Away with Murder. Three out of the five are based on well-established (and for the most part, beloved) comic book characters. Another is a spinoff of one of the highest rated dramas in the country. And granted How to Get Away with Murder is an original idea, but backed by the time-tested Shonda Rhimes. Viewers need their comfort. Viewers need their familiarity. Viewers need their safety blanket.

“But this is the new Golden Age of television!” some more of you might be saying, and I for the most part agree. I’m not saying television is bad now. In fact, it comprises about 90% of my day. But as far as this Golden Age, let’s take a look at those shows most responsible for even using the term Golden Age: Breaking Bad, Game of Thrones, True Detective, The Walking Dead, and Mad Men. (There are more. A whole lot more. So feel free to have your own opinion, unless your opinion is that True Blood is good. Then your opinion is wrong.)

Right off the bat, obviously Game of Thrones and The Walking Dead (the most watched show on TV) are adaptations and come with that built-in fan base. Mad Men and Breaking Bad, yes, I admit, are original ideas. But who out there can honestly say they were watching Breaking Bad from the start, but catching up on Netflix during season 3? Admit it, many of us are there with you.

“McConaissance. McCONAISSANCE!” some of you may be yelling unnecesarily loudly at your screens. Yes, Matthew McConaughey set a pretty high bar for television acting last year. But for this next point, I can’t even go off facts or figures, I can only go off personal experience. Prior to True Detective’s air date, not one person said “Hey did you hear Nic Pizzolatto and Cari Joji Fukanaga are making a moody, atmospheric crime drama?” What they said was “hey, did you hear Woody Harrelson and Matthew McConaughey are going to be in an HBO show?” What familiar, comforting faces they are.

So do I think the age of familiarity is hurting television? No, not in the slightest. But I do find it odd that original concepts (especially ones that brand themselves specifically as original *cough* Utopia *cough*) get low ratings or low attention while brand names like CW’s Beauty and the Beast somehow stay on the air (although all 30 of that show’s fans are very, very passionate.)

And is this trend here to stay? Well, in a long-ago drawn Peanuts strip, Linus’ friend Roy warns Linus not to carry around his safety blanket because it’s going to get him teased mercilessly. Linus uses his safety blanket as a whip to knock down a tree branch, and says “They never tease me more than once.” Say what you will about familiarity on television, but its working, man is it working. No amount of teasing from me or anyone else is going to change it. 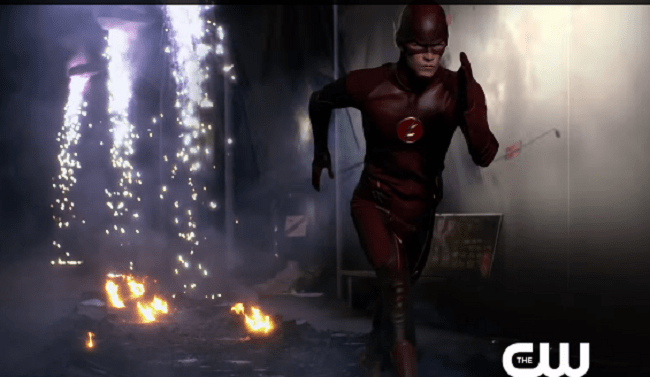