If you’ve watched TV, or read a magazine, or went on the internet, or rode the subway or basically have been breathing for the last year, you’ll know Fox’s Batman prequel Gotham is premiering next Monday. If you weren’t aware (in which case, like I said, you aren’t breathing seek help) the show tells the story of young Jim Gordon, interacting with youthful future-villains, all while Bruce Wayne, currently a Batbaby, becomes a BatMAN.

I’m both excited and incredibly nervous because I am all about Batman, even as superhero fatigue sets in for the majority of people. I blame Marvel’s Agents of S.H.I.T, or whatever that show is called. But because of my fandom, I’m also demanding a deeper dive out of Gotham than most. I already know the origin stories for Batman, and the Penguin, and the Riddler, all who the pilot showcases. I want obscurity, Fox.

Here are my ideas for some real Gotham origin stories, and even how it can go down, free of charge. History: Calendar Man appeared in the days when comic books weren’t exactly subtle, so of course his real name is Julian Day. He’s also the best obscure character ever because nothing highlights the normal-ness of Batman like a super-villain whose only “thing” is really liking dates. Not romantic dates, or the fruit, just, like, days on a calendar (hence the name). Especially holidays. Also, he occasionally kills people. The ’50s were weird, man.

How it goes down: A teenage Julian Day sits at his desk at Gotham City High School, flipping through a date book. Make sure to zoom right into that date book in case the audience doesn’t catch the subtlety.

Jock: “Nobody cares, Day!” *throws wadded up piece of paper at Julian’s forehead.* History: No, not the Spider-Man character, you nerd. Venom is the drug of choice in the Batman universe. It’s the reason why villain Bane is so strong, and also probably why he sounds like my British uncle-that-isn’t-really-my-uncle in the Dark Knight Rises. How cool would it be if Gotham just made a hard right turn into a hardcore drug drama, with Gordon desperately trying to keep it out of the hands of children. (fun fact, the first main character to become addicted to Venom was actually Batman, back in 1993. So, yeah, cite that fact the next time someone accuses you of having a social life.)

How it goes down: Two impressionable, young Gotham youths walk home from school.

Impressionable Gotham youth #1: “Hey, want to try some of this Venom. It’ll make you cool.”

The impressionable Gotham youth takes the drug. Scene omitted. Then this. History: It’s a celebrated fact (celebrated by me) that Batman: The Animated Series is the greatest cartoon of all time. And by far it’s greatest contribution to the Batman canon (besides the only woman I’ll ever truly love, Harley Quinn) is the Gotham City Police Blimps. I love that the usually inept Gotham Police use probably the least helpful mode of transportation for fighting crime. What happens if you even see a crime happening while in a blimp? (find out Mondays on Fox.)

How it goes down: Police officer: “Sir, Gotham’s in the middle of a crime wave. Bombs, bullets, and rockets are flying everywhere, every day, and cars aren’t safe anymore.” History: So sporadically between 2005 and 2008, our old pal Frank Miller wrote All Star Batman and Robin, the Boy Wonder. And by wrote, I mean tried his best to turn Batman into the scariest, most abusive and downright insane asshole possible. During Miller’s run, Batman’s actions included forcing 12-year-old Robin to eat rats, having sex with female superhero Black Canary while thinking creepy thoughts and, as you can see up there, being pretty flippant about calling people retarded. But honestly, we’ve all seen the origin story of a righteous Batman zzzzzzz whatever, bro.

How it goes down: A young Bruce Wayne is out wandering the woods with his older friend Richard. Richard wears a leather jacket, smokes cigarettes, swears and hardly goes to Gotham church. Richard is a bad influence.

Bruce Wayne (coming to a cave): “What’s in there, Richard?”

Richard: “Goddamn bats, man. What are you, retarded or something?” 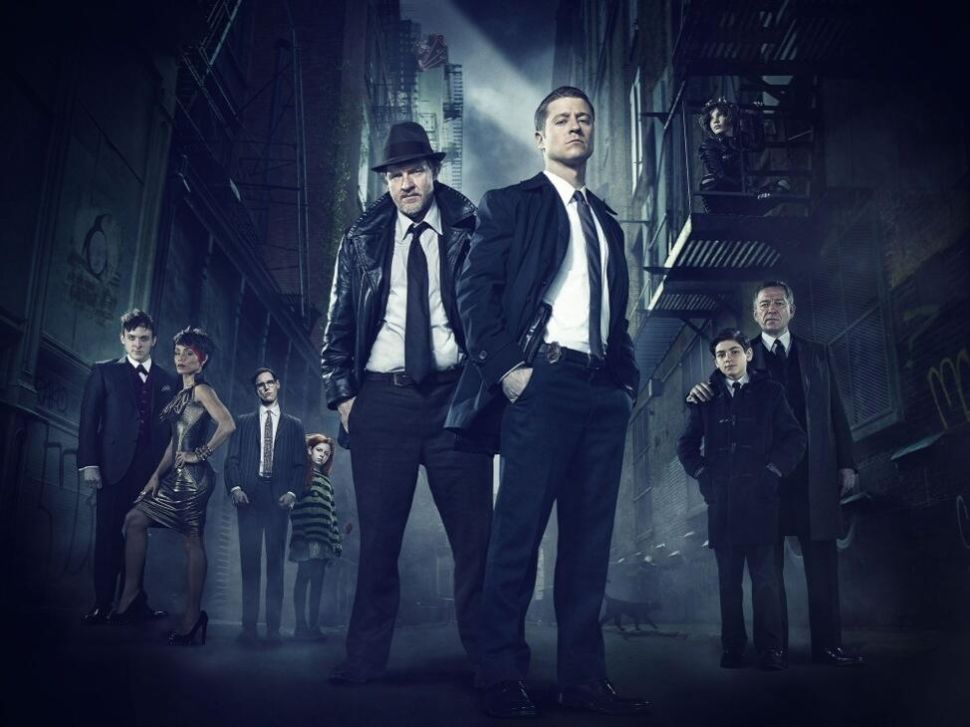