The U.S. Census Bureau released new data today from its American Community Survey, revealing that New York State has the second-highest level of inequality in the country. Only the District of Columbia has a bigger income disparity, but at least theirs decreased slightly from 2012 to 2013–ours went up.

Inequality was “significantly higher” across the entire United States in 2013 compared with 2012, according to the Census. But looking closely at New York City is particularly mind-numbing.

Manhattan can now boast that it has the biggest gap between rich and poor of any county in the nation: the richest households made 88 times as much money last year as the poorest 20 percent of families, according to a New York Times analysis. It looks like the “two cities” that Mayor Bill de Blasio told tales of during his campaign are worlds apart after all.

New York isn’t alone, of course. Our neighbors across the Hudson didn’t come out looking so good either. New Jersey was one of just three states that saw an overall increase in the poverty rate in 2013, with 11.4 percent of residents living in poverty in 2013 compared to 10.8 percent in 2012.

New York City’s poverty rate dipped a statistically insignificant 0.3 percent from 21.2 percent in 2012 to 20.9 percent in 2013, but that still means that almost 2 million people can’t make ends meet. Today’s round of new data shows that if you can make it here, you really can make it anywhere–because it’s getting pretty darn difficult to get a leg up in this town. 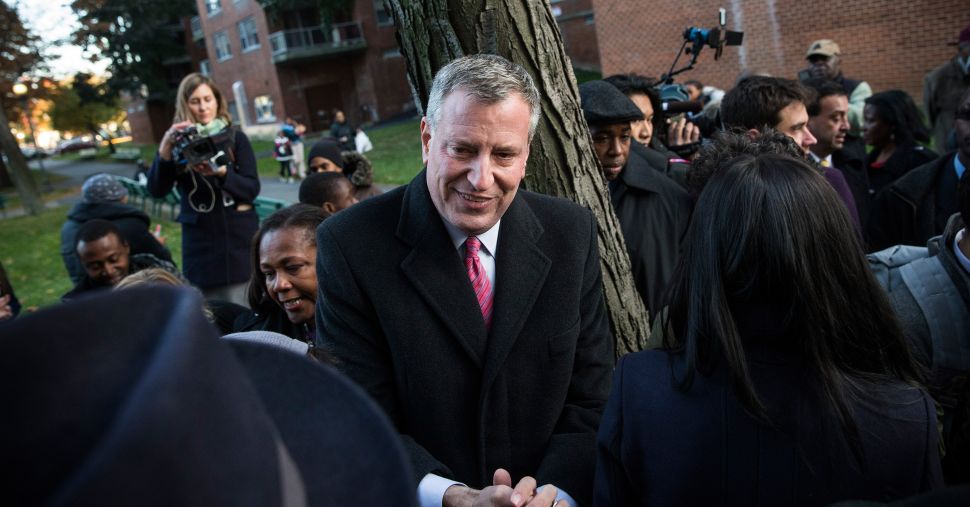