In case you haven’t ventured within a 50-foot radius of Twitter today, Apple debuted its highly-anticipated new iPhone 6 this afternoon. Because it’s hard to keep track of all those new features — NFC chip! f2.2 aperture! A8 processor! — and also because everything’s way more fun when it’s in list form, Betabeat has pooled its efforts to create a definitive list of the iPhone 6’s new features, ranked from most to least exciting.

Is there anything more irritating than trying to input your Seamless order or send out the perfect tweet, only to be faced with devastatingly slow Internet connection and that infuriating little “1x” or “LTE” in the top left corner of your iPhone screen? The main reason we even use iPhones in the first place is the ability to update our Facebook statuses on the go, and too often, it isn’t even possible. Thankfully, Apple has promised the iPhone 6 will support more LTE bands than any other smartphone, and that its WiFi connection will be six times faster than the iPhone 5S.

Next to on-the-go Internet access, taking photos (primarily of ourselves) is the second most important reason we use our iPhones, and anyone who says they don’t care about their smartphone’s photography capabilities is, quite frankly, a lying liar. The iPhone 6’s camera will have a much faster autofocus, and has a bunch of cool features that’ll help your photos look clearer and more detailed. It’s front-facing camera will also let in 81 percent more light than before, which in other words means PRETTIER SELFIES.

Limited battery life in the iPhone’s current models is one of users’ top complaints. Use your iPhone regularly from the start of the workday, and it’ll probably be clinging to life by the time 6 p.m. rolls around. As the graph below indicates, the plain old iPhone 6’s battery will be a little better than current models, but the iPhone 6 Plus’s battery will be a lot better. Sure, you’ll be talking into a smartphone that’s nearly the size of your face, but at least it won’t die on you.

“Sometimes I have trouble seeing the little things on my screen,” one Betabeat writer says of their current iPhone. The iPhone 6 will come in two screen sizes, 4.7 inches and 5.5 inches, both of which are larger than the iPhone 6’s predecessors. At 6.9 mm thick, the iPhone 6 will also be Apple’s thinnest device ever, which we guess makes for an easier time sliding it into your back pocket — and also maybe an easier time crunching it when you then sit.

Slightly less annoying than slow Internet connection — but still very annoying, mind you — is the current iPhone models’ penchant for lagging and freezing. The iPhone 6 will come equipped with a new A8 processor, which is fancy tech-speak for “it will go 25 percent faster than your current crappy device.” We’re sure the iPhone 6 will still freeze — and probably when you’re mid-sext — but at least it might happen a little less frequently.

One of the iPhone 6’s most-talked-about new features is Pay: a service that lets users store their credit card data in their phone, and — thanks to a nifty NFC chip — pay for stuff by holding their phone in proximity to a store’s NFC receiver. On the bright side, you won’t have to fish around your purse for your ever-elusive debit card anymore. On the downside, in order for Pay to work, users have to find stores that have actually implemented the technology. Apple says it’ll be working with over 22,000 retailers like Subway, McDonald’s and Walgreens, but we doubt the NFC technology will be making its way into smaller and/or independent businesses anytime soon. Also, isn’t only a matter of time before some 13-year-old hacker figures out how to steal everyone’s credit card information?

Let’s face it: nobody likes a new iOS. 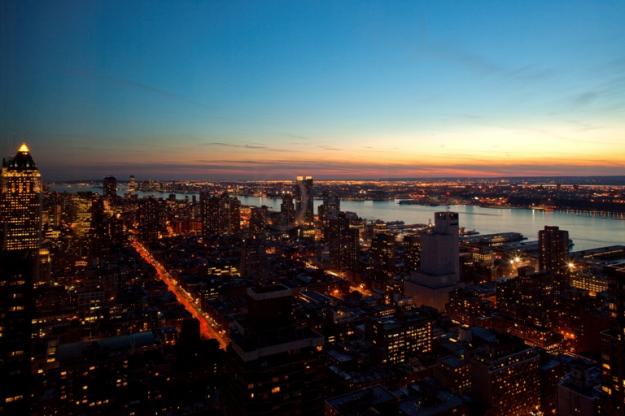