Listen, before we move forward, leave your opinions and JUSTIFIABLE RAGE directed at the way Lost ended at the door. We aren’t here to discuss that. We’re going back to the beginning, to September 22, 2004, when Jack Shepard first opened his eye on The Island and began six long years of WTF-ness the likes of which I’m not sure we’ve seen on TV since.

Why are we going back? Well, this easy joke should answer that. Because we have to! (also, tenth anniversary, duh.)

I’m still, even after all this time, of the opinion that the first, like, seven minutes of Lost are among the best opening minutes of any television show, ever. Why? Because it just throws you in front of the crazy train with no regard for your sanity. Let me show you the thought process of any normal person watching those opening minutes.

What’s that dude doing laying around the middle of the jungle? Whose dog is that? What are you doing in that tree, shoe? That’s not where shoes go? Oh, wow, beautiful beaches then screaming screaming pandamonium and screaming. One of the Hobbits from Lord of the Rings is bleeding and that one Asian guy is really screaming. Is that girl okay wait is that girl pregnant? Random unnamed man gets sucked into the engine of the plane because oh yeah there is a burning plane on the beach. That engine explodes (!!), giant man with pretty cool hair shows up.

You can’t tell me that Lost, for all its faults, didn’t grab you by the face hole and pull you in immediately. Which, yes, meant you most likely stayed along for the ass-backwards and often nonsensical ride that followed. But even ten years later those opening moments should have set a precedent.

Because, if we’re being honest with ourselves, we’re looking at a Fall TV slate that is filled to the brim with meh. When a Batman prequel and another NCIS spinoff are the two most highly anticipated shows, you got issues. (Seriously, how many navy related crimes could happen strictly in New Orleans no, no this isn’t about that.)

The Lost pilot makes me miss the days when instead of watching a premiere and saying “yeah, I could reasonably see myself watch that if there’s nothing else on,” I would say “what in the ever-loving shit did I just watch?” TV hasn’t been “Lost exciting” in a long time. I’ll take confusion, bewilderment, and excitement over safety any day.

So, ten years after Oceanic Flight 815 crashed into batshit-crazyville, I still haven’t seen an opening like it. While I can’t say I miss Lost’s ending, I definitely miss its beginning. It was chaotic, it was different and did I mention someone gets eaten by a monster at the end of it? Man, Lost was the best. For about an hour, anyway. 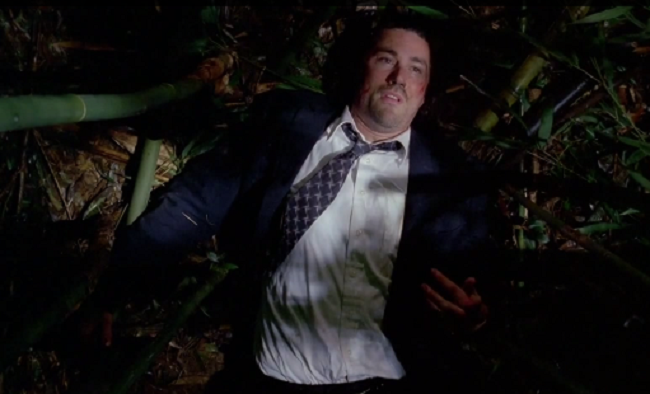