Until recently, Rikers Island was a low-visibility scandal existing in the shadow of seemingly more pressing issues, like the death of Eric Garner in police custody and the more-general issue of police conduct. Now, however, Rikers is ready to explode. The question is how the de Blasio administration will handle it.

As the Observer reported on September 22, Mr. de Blasio’s Corrections commissioner, Joseph Ponte, has ousted his chief of staff, Sara Taylor, who had been a holdover from the Bloomberg administration. The move came as The New York Times revealed that a report purporting to show a decrease in violence in a Rikers facility for adolescents was “distorted” and inaccurate.

Mr. Ponte has been talking about reform since taking over at Corrections earlier this year. The question is whether he can implement change quickly enough to satisfy federal prosecutors, who are looking into conditions there, and a rightly concerned public.

Rikers broke into the news cycle last March, when a mentally ill veteran died in an overheated cell. A Times investigation over the summer revealed the Dickensian conditions endured by other mentally ill inmates on the island. Federal prosecutor Preet Bharara, an increasingly formidable figure in New York politics and government, added to the grim picture, showing how adolescents have been preyed upon by other violent inmates. Then came the Times report dismantling claims that attacks on adolescents dramatically declined when a new warden and deputy warden took charge.

Nobody will ever assert that running a facility like Rikers Island is easy. But clearly something is very wrong on the island, and if the de Blasio administration cannot come up with a solution, the federal Justice Department may seek reform through the courts. Not an ideal solution.

No doubt there is plenty of blame to spread around. Cecily McMillan, the Occupy Wall Street protester who served time on Rikers for assaulting a police officer, told the Observer recently that she believed Norman Seabrook, the head of the Correction officers’ union, was a significant obstacle to genuine reform in the system. “The corrections officers don’t answer to the [Department of Corrections],” she told Steffi Feldman. “They answer to Norman Seabrook.”

If that’s the case, any reforms that do not include input from Mr. Seabrook are doomed to failure. Mr. Ponte clearly has his work cut out for him. 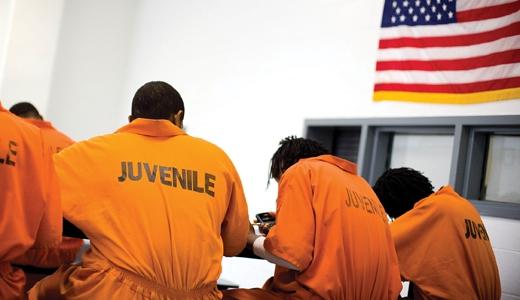