UPDATE 2 (Sun 12:30 pm): Updated to reflect that Mr. Grytten was the CEO of Burson-Marsteller’s Norway office when he made his remarks about Israel.

In the public relations world, Burson-Marsteller is a giant—one of the largest and most successful communications companies. The WPP-owned conglomerate operates 67 wholly owned offices and 71 affiliate offices in 98 countries across six continents.

The top-notch firm became legendary for its masterful work during the Tylenol tampering case. They do not shy away from controversy. And they currently represent The Washington Redskins to rally support for the football team to keep its nickname, are engaged in an anti-Google smear campaign on behalf of Facebook, handled the Bhopal disaster in India in which over 2,000 people were killed, and represented Blackwater USA in 2007 after it was revealed that some of its employees were involved in the shooting deaths of 13 Iraqis in Baghdad.

Despite this appetite for controversy—and the juicy retainers that companies in trouble will pay—apparently even Burson-Marsteller has its limits. In 2011, the firm refused to work with the democratic nation of Israel to help the tiny Jewish state improve its image. In turning down a potential $3.5 million engagement, Sigurd Grytten, the CEO and Managing Director of Burson-Marsteller’s Norway office, told the Norwegian newspaper Dagens Naæringsliv, “We will not deliver tender to such a project… we are running a commercial venture. If we accept this project, this will create a great amount of negative reactions … Israel is a particularly controversial project.” Representing Israel, apparently is worse than offending American Indians, anonymous smears, and shady defense contractors involved in extra-curricular killing.

Newly released documents reveal that Burson-Marsteller’s squeamishness about controversial Middle East clients is rather selective. Just released government filings reveal that the PR agency has been hired to improve the foreign image of Tunisia’s Ennahda Party, the Muslim Brotherhood of Tunisia. They will “arrange meetings between Ennahdha representatives and stakeholders” and provide Ennahda “support on media and stakeholder outreach in advance of upcoming elections.” In sum, this Washington, D.C. PR firm will not work with Israel – but will represent Tunisia’s Muslim Brotherhood Party.

As a Jerusalem Post editorial noted, “Ennahdha’s members have been implicated in both incitement and violent actions against Tunisian and foreign targets. The party supported the 1979 embassy takeover in Iran, and evidence suggests it was responsible for bombing four tourist hotels in the 1980s.” The leader of the organization, Rachid al-Ghannouchi, has predicted the end of the state of Israel, described Israel’s withdrawal from Gaza in 2005 as “the first step in the complete victory of all of Palestine and the holy places of the Muslim,” and supported Saddam Hussein’s 1990 invasion of Kuwait. The man has called for the liberation of “Palestine from the Jordan river to the Mediterranean sea” and has openly threatened the United States, saying during a time of crisis, “there must be no doubt that we will strike anywhere against whoever strikes Iraq … We must wage unceasing war against the Americans until they leave the land of Islam, or we will burn and destroy all their interests across the entire Islamic world.”

Many in the PR industry have worked with Middle East interests that harm the West. For a $5,000 monthly retainer, Brown Lloyd James famously coordinated a Vogue magazine profile and photo shoot for Asma al-Assad, Syria’s first lady—now, they want it forgotten as the Assad region has slaughtered hundreds of thousands of her own citizens. This same agency, Brown Lloyd James, worked to boost the regime of Libyan dictator Muammar el-Qaddafi. Fenton Communications, a NY PR firm signed contracts with Qatar to delegitimize Israel. There are others.

One understands the need for Tunisia’s Muslim Brotherhood to have such a powerful lobbying and communications firm. What is troubling, however is that Burson-Marsteller deemed working to improve Israel’s image as too controversial, while determining that the Muslim Brotherhood’s money is kosher. Interesting times we live in.

Several hours after this piece was published, Burson-Marsteller Worldwide Vice President Jano Cabrera contacted the Observer to take issue with this article.

In a telephone interview, he maintained that the firm does not have a policy in place that declines to represent Israel. After much back and forth, Mr. Cabrera was asked, “Yes or no, would you represent Israel?” He replied, “I’m not going to answer a hypothetical question.”

A statement from Burson-Marsteller appears in full below.

The opinion piece written by Ronn Torossian was not accurate. He creates the false impression that Burson-Marsteller currently has or has ever had a policy about whether or not to represent Israel. He writes as if he recently contacted a member of the firm and received confirmation about such a policy.

Here are the facts. This firm has no policy about whether or not to represent Israel. The statement Torossian refers to was not made recently but in 2011. Further, the employee he refers to no longer works at Burson-Marsteller and has not worked at the firm since 2012. He was never a member of the firm’s global leadership. His sole role was to head our office in Norway. That employee, in fact, was responding to a hypothetical question from a journalist in 2011 about representing Israel in Norway. He answered hypothetically on his own without consulting anyone in the leadership of the firm, and his answer does not reflect the policy of this firm. Again, unequivocally, Burson-Marsteller has no policy about whether or not to represent Israel.

Burson-Marsteller works with the Ennahdha (Renaissance) Party. The party, which won the first democratic elections in Tunisia, helped to establish Tunisia’s constitution, which is widely regarded as one of the most progressive in the Arab world. For further understanding of the role the party has played in Tunisia’s democratic development, we refer you to an editorial from January 10, 2014 in The Washington Post entitled, ‘Tunisia’s democratic compromises should serve as a regional model.’ 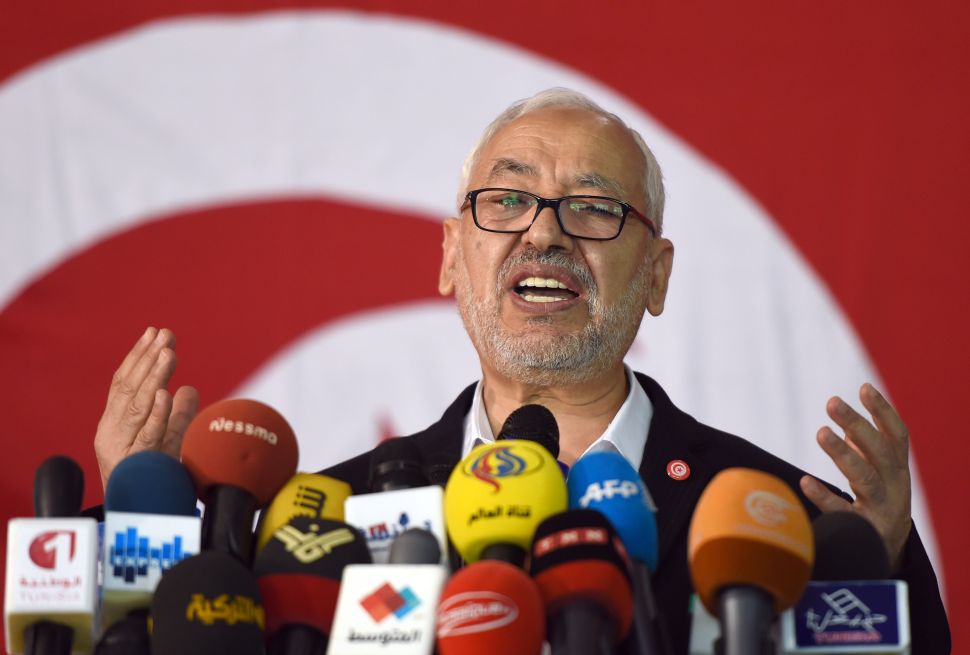