Forget the summertime stories about President Obama’s recreational pursuits and fashion statements. This isn’t about golf and tan suits. The story of the summer of 2014 can be summed up with one jarring observation: even the president’s fellow Democrats have concluded that the president’s aloofness and detachment have had disastrous consequences around the world.

When even partisans like Senator Dianne Feinstein of California and Senator Robert Menendez of New Jersey are sounding the alarm over Mr. Obama’s failure of leadership, you know that something is terribly amiss. And it is. The United States, as Hillary Clinton observed several weeks ago, seems to have no foreign policy strategy other than the avoidance of mistakes.

Inevitably, of course, that kind of fecklessness has emboldened bullies like Russia’s Vladimir Putin and psychopaths like the ISIS terrorists who intend to bring jihad to every corner of the globe.

Ms. Feinstein recently said that the president was “too cautious” in his response to the ISIS threat, which had been gathering for months before he authorized limited air strikes against the bloodthirsty butchers. Mr. Menendez, for his part, told the president that his inactions prompted Mr. Putin to step up his aggression against Ukraine. Mr. Menendez noted that international outlaws in North Korea and Iran were watching, and learning.

These critiques from the two Democratic senators are far more frightening than anything Rush Limbaugh or Sean Hannity might say, because they come from two Obama loyalists who clearly have lost patience with the White House. If Senators Feinstein and Menendez are worried, then something surely is wrong with our foreign policy.

We have no strategy to counter those who dream of doing us grievous harm. Mr. Obama has presided over a rollback in American influence that has worsened the worldwide scourge of Islamic terrorism and discouraged U.S. allies, especially in Europe and Asia.

This week’s surprise assault on terrorists in Somalia was a welcome response to the deteriorating situation in East Africa. But more, much more, needs to be done. Nations on every continent are waiting for American leadership to confront a jihadist movement that is no less ambitious—and no less evil—than the Third Reich. But Mr. Obama seemingly remains reluctant to confront the forces of darkness and oppression.

Perhaps the president will take note of criticism from his own party and re-assert American leadership. But we are six years into his presidency and, frankly, once the calendar turns and 2016 campaign begins in earnest in January, his influence will further diminish.

So he needs to act now. He needs to articulate his vision—if he has one—now. Otherwise, sadly, things will get even worse. 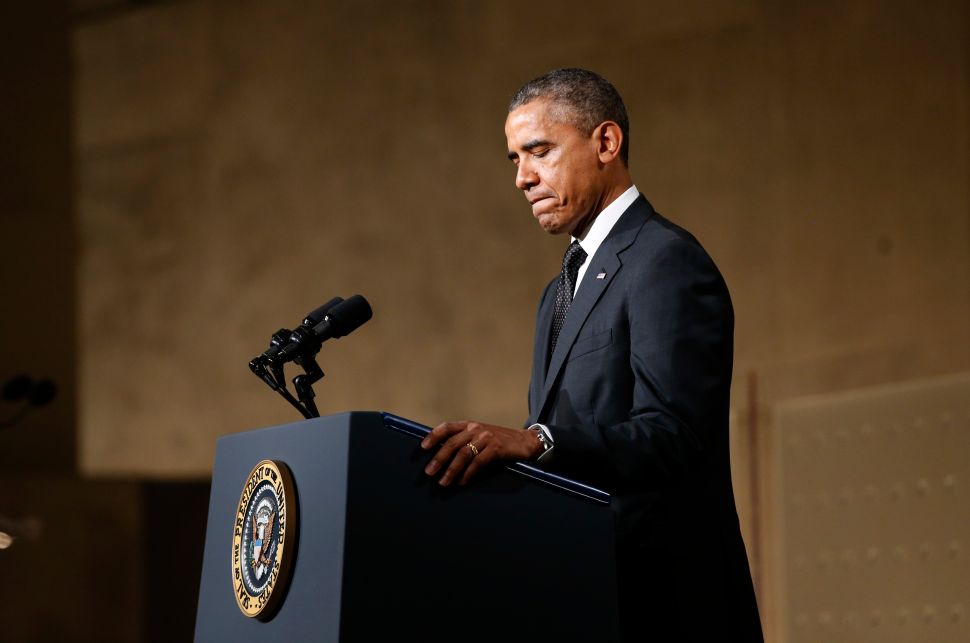