There are, of course, many perfectly serviceable townhouses on the east side of the Park, even if the reports in this space have lately suggested otherwise. And Benjamin C. Weston and Judith S. Cox acquired just such a one at 17 East 92nd Street, a half block from the Jacqueline Kennedy Onassis Reservoir, back in 1993 in what appears to have been a pretty solid deal. A previous owner, one Thomas A. Andrews—who may or may not have once been Gloria Vanderbilt’s lawyer—transferred the deed, designating the couple as “joint tenants with right of survivorship.” Records do not indicate any exchange of funds. (Ms. Vanderbilt had a falling out with her Mr. Andrews over certain financial irregularities and he was disbarred as a result not long before the deed transfer for 17 East 92nd Street; the lawyer passed away soon thereafter.)

All that aside, the 5,596 square-foot home has been well cared-for in the interim, and Mr. Weston, who currently serves as head of alternative investments at Abu Dhabi Investment Authority, and Ms. Cox have just found buyers, Underleaf LLC, willing to pay $14 million for the place, according to city records. (The asking price was $16.5 million.) Built in 1899 according to a design by A.B. Ogden & Son, the house acquired landmark status in 1974, at which time it belonged to the Republic of the Ivory Coast. It’s unclear whether the home served an ambassadorial function, though it would make a most inviting diplomatic redoubt. There is, for example, a “grand parlour floor” in the words of the Brown Harris Stevens listing held by Mary Rutherfurd and Leslie Coleman, including formal living and dining rooms, each with a wood-burning fireplace. (You’ll find those, too, in the den downstairs and the library one floor up; the tenants that have been living on the premises no-doubt stayed toasty in the face of the polar vortex.)

There’s a garden, a balcony and even a terrace off a fourth-floor bathroom! Just imagine the ventilation. There are, however, some modern updates—including central air conditioning—despite the perseverance of classic charms: high ceilings, inlaid wood floors, an imposing stone facade. All of which should make for charming surroundings in which to endure next season’s chill—once those lodgers are relocated curbside, of course. 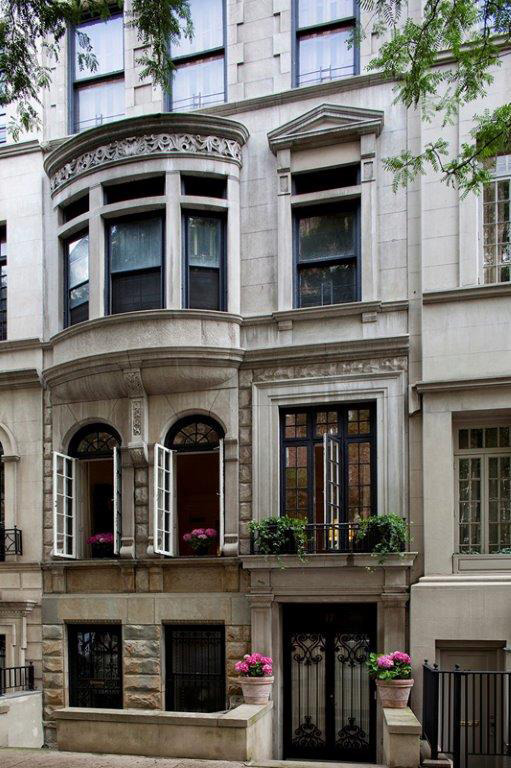