Remember that scene in The Devil Wears Prada where Miranda orders a steak from Smith & Wollensky and then decides she doesn’t want the steak so Andrea throws it in the trash? I can never get over that scene. It’s a perfectly good steak. The waste is outrageous. They could give it to an intern, or a tiger. Please go to this screening and be enraged with me. (Fashion week is fun! And teaches valuable lessons.) Nitehawk Cinema, 136 Metropolitan Ave, 9:30 p.m., $15

There’s a line in Emily Gould’s novel Friendship in which the narrator expresses some surprise that Town & Country still exists but then muses, “I suppose rich people will always want to read about other rich people’s horses.” That is not entirely true. They will also want to know about other rich people’s tailors, and certain kinds of interesting cufflinks. If you do as well, then the magazine’s annual Men of Measure party, often filled with action movie stars who seem somewhat surprised they’re not wearing T-shirts, is excellent. Bergdorf Goodman Men’s, 58th St. and 5th Ave., 6-8 p.m., invitation only

The only reason Gatsby became Gatsby was because he saved a drunken yachtsman from near death. That could be you if you step aboard the Ventura yacht for the Great Gatsby Sail and Cocktail Party—especially since they’ll be serving hot toddies. Flapper attire is recommended for women, and being a young Robert Redford is recommended for men (by us). The yacht was built in 1919, so old-timey attire will be à propos. Sailing Yacht Ventura, 10 North End Ave, 10 p.m. to midnight, $65

God, it’s nice, isn’t it, Fashion Week being essentially over? You should go out and eat delicious food from Gramercy neighborhood restaurants like Ainsworth Park, Almayass, Bedford Cheese Shop and Big Daddy’s, a diner that I have only ever seen children emerging from. But I like that! They seem happy. You could be happy, too. The only reason you are unhappy is that you haven’t eaten enough carbs lately. Proceeds for Taste of Gramercy will benefit local schools, while leftovers will go to feed the homeless via The Bowery Mission. 54 Irving Pl., 11 a.m.-3 p.m., general donation

When Dean Kamen went on television and told everyone that he’d invented something that would forever change the way humans traveled, I thought to myself, “Good God, that man has invented teleportation. Finally.” And I got up at four in the morning and waited until the invention was revealed the next morning and it was the Segway. Forever after, I have thought Dean Kamen a monster. So when Native Instruments CEO Daniel Haver says he’s unveiling “a new flagship product that will shape the future of music production” at this exclusive product premier, I remain skeptical. But still hopeful that maybe it also possesses the ability to teleport. Red Bull Studios, 220 West 18th St., 7-10:30 p.m., invitation only

Some of my favorite events are ones for which I read the invitation, sit back, have a drink of anything caramel colored and say to myself, “How are those people paying that much for a ticket to that?” Gala is, after all, code for “dinner of chicken that is not thoroughly cooked.” This one for the The Institute of International Education is mildly baffling to me, as I can see no famous people on the invitation, but the Opening Minds Corporate Leadership Award is being presented to Chrysler Group LLC, and for $1,500, you too can be there. God, this city, this marvelous, rich, mad city we live in. Cipriani, 55 Wall Street, 6:30p.m., $1,500

I know, I know, you hate classical music, and it makes no difference to you that Joshua Bell, Renée Fleming and Josh Groban will be in attendance at the New York Philharmonic Opening Gala. But do you like movies? At all? Good. This year’s affair celebrates Italian cinema, so you’ll be hearing music from 8½, La Dolce Vita and Cinema Paradiso. Martin Scorsese will be in attendance, too. Avery Fisher Hall, 10 Lincoln Center Plaza, 6 p.m., $1,500

You barhop, they give money to kids, you don’t need to wear a Santa costume. Hell, why not? Drink up at Drink for Good. Gansevoort Park, 420 Park Ave. S. 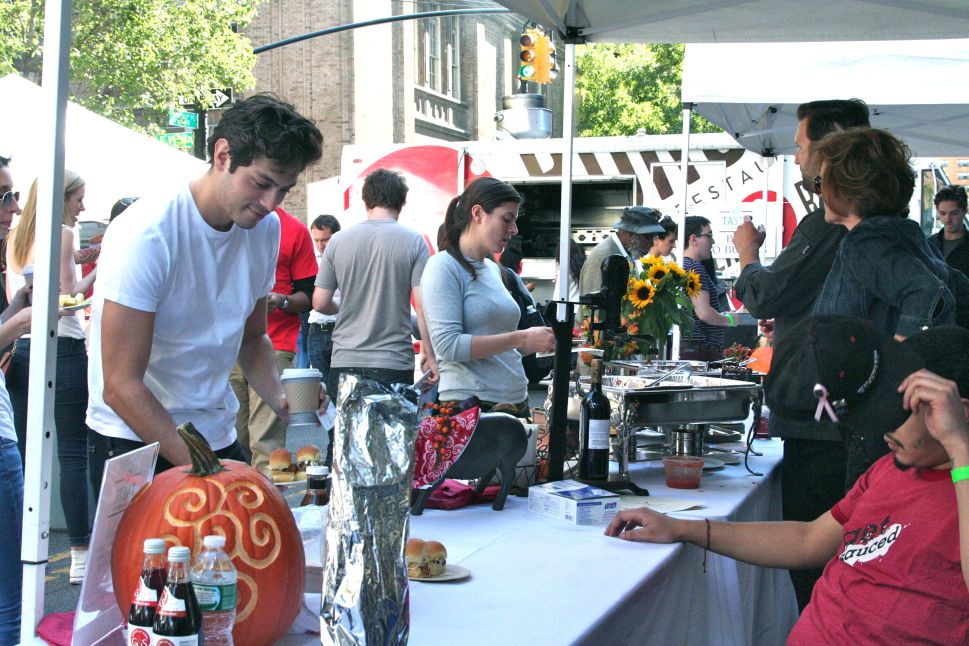