Look, whatever you wear to the Couture Council Award for Artistry of Fashion, next to honoree Carolina Herrera in her trademark button-down white shirt and elegant skirt, you’re going to look overdressed. Or possibly underdressed. As I see it, you can either try to dress as much like Carolina Herrera as possible for the luncheon—which is actually a good idea for anything, ever—or you can show up wearing a swimsuit, because there’s no real way to win. I’m going the swimsuit route, but it’s up to you. David H. Koch Theater, 20 Lincoln Center, 11:30 a.m., $1,500

Do you remember a time when really affordable, accessible clothing brands weren’t connected with high-powered fashionistas? Like, for instance, can you remember a time when you’d have gone to Old Navy to buy a t-shirt, but that was really essentially it? Also tank tops, maybe. Well, everything is different now. The world is a more complicated place. And this is why there’s a launch party for former Elle creative director Joe Zee’s collaboration with Old Navy, and we are old—but what a brave new world that has such tank tops in it. Location05, 509 West 34th Street, 6-8 p.m., Invitation Only

Math is hard! Fashion Week is harder. But Barbie has always been a tiny plastic woman who embraces challenges. Embraces them with straight, unbendable arms. And so now we have a partnership between Barbie and the CFDA, which will be feted with a Friday night bash in the midst of Fashion Week craziness. The bash showcases one-of-a-kind designs that were designed … for Barbie, which is sort of a step beyond designing them for teenage models. I’m not entirely sure it’s a step up (Barbie cannot step up, for her knees, like the rest of her, are unbending) but nothing will stop us from seeing Barbie wearing some couture Cynthia Vincent. North Plaza, 14th Street and 9Th Avenue, 7-9 p.m., Invitation Only

Don’t want to trek all the way out to Flushing to see the U.S. Open? No one really wants to take the 7 Train back to the city at midnight. Fortunately, you can enjoy it right here at Brooklyn Bridge Park, where it’s being broadcasted on a big screen at U.S. Open Live presented by the Amex EveryDay Card. And the first 500 guests to arrive on the weekends will receive a specially curated picnic basket from one of these famed chefs: Tom Colicchio (featuring ‘wichcraft), Thomas Keller (featuring Bouchon Bakery) and Daniel Boulud (featuring Épicerie Boulud). God, we’re really hoping for a cookie shaped like a tennis ball. Harbor View Lawn, Brooklyn Bridge Park, 11:00 a.m. until match play ends, Free

Perhaps, as a champion of variety in meals, you tire greatly of restaurants that focus on only one food—meatballs, grilled cheese, biscuits, etc. How about one that focuses on only one flavor? Insanity, right? But if microfocus restaurants are really your thing, swing by the debut of project Sara, the brainchild of Culinary Institute of America alumnus Viraj Borkar, who invites chefs to create dishes that all focus on the “essence” of one single locally grown ingredient. Lower East Side at Studio Kitchen Café, 115 Eldridge Street, $80

Gala season has begun again! And it begins with the Tribeca Film Institute Benefit, where guests will watch an early screening of This Is Where I Leave You, a film about a family sitting shiva following their father’s death. It’s apparently a comedy? Stars Jason Bateman, Tina Fey and Connie Britton will be there alongside benefit co-chairs Raphael De Niro and Paula Weinstein. You’ll never want to leave! Unlike the characters in the movie you will get to leave, though, and you don’t need to wear black (though half of the attendees will anyway). AMC Loews Lincoln Square, 1998 Broadway at West 68th Street, 6:30 p.m. Party following at Tavern on the Green, Central Park West at 67th Street, $1,500

The ultimate trophy car party, “The One of 100 Maserati” celebrates a series of 100 Quattroporte Zegna Limited Edition cars made to celebrate Maserati’s birthday. And if you’re one of the many New Yorkers who does not have a vehicle, you get a photo session with the photographer Fabrizio Ferri, which means that you’ll have some photos to show your grandkids that were not taken in a photo booth or with an iPhone. Industria Studio, 775 Washington Street, 7-9 p.m., Invitation Only

People come and go so strangely, here, at The Observer. I’d say they come and go talking about Michelangelo, but often it’s more just muttering angrily about Jeff Koons’ publicist, or, really, real estate agents. But it’s especially sad to lose an editor as excellent and lovely as Ben Howe, who has been at the Observer for the past year editing this column among many others. So go buy Ben Howe a drink, already! He’s moving on to Town and Country so you should be sucking up to him like mad. If you run into this younger-Taylor-Nichols-lookalike, he’s partial to Makers Mark. Hearst Tower, 300 West 57th Street, Cocktail hour—or, whenever, really, $20 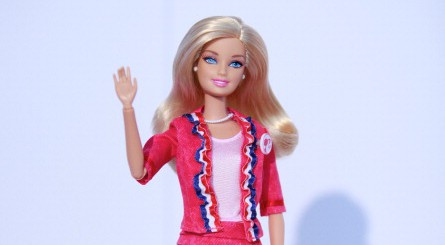