In 1977, 27-year-old Robyn Davidson spent nine months in a pair of battered tennis shoes, walking 1,700 miles across the Australian desert from Alice Springs to the Indian Ocean, accompanied only by her dog and four wild camels she trained to carry her gear. She was not trying to conquer or prove anything. When people asked her why, her answer was, “Why not?”

The hazardous journey was sponsored by National Geographic, which also provided her with an American photojournalist named Rick Smolan, who traveled ahead in a Land Rover and met her at various checkpoints on the route to illustrate her harrowing adventures. The result was an article in the magazine that caused such a sensation it was expanded into an international best-selling cult book called Tracks. Now it’s a movie, directed by John Curran and starring Mia Wasikowska, which captures the punishing daily activities of her trek like a journal, cataloguing her grueling experiences, both mental and physical. When it finally ended, I felt like I had traveled the distance in the next sleeping bag. It’s exhausting but exhilarating.

You learn a lot about the invincible human spirit. You also learn a lot about camels—the nastiest, meanest and most disagreeable creatures in the desert. It’s not a new idea. Think Emile Hirsch as Chris McCandless in Sean Penn’s 2007 epic Into the Wild, giving his inheritance away to charity and hiking his way to Alaska, or the forthcoming saga Wild, with Reese Witherspoon making her way up the Pacific Crest Trail on foot from the Mexican border to Canada. Moviegoers have a fondness for physical survival against the odds. But Ms. Wasikowska, who makes one movie after another these days despite the fact that nobody can pronounce her name, brings extra pathos to Tracks. Like the real-life subject she’s playing, she’s an Aussie who always provides truthfulness in her roles yet always keeps a part of her portrayals private, not giving you everything, holding a little something back. The film brings her to life with a three-dimensional impact, and in the end, in photographs of the actual Robyn Davidson, the two women look so much alike it’s awesome.

Adam Driver is sympathetic as Rick Smolan, although I wish the movie had resisted the effort to show them having sex under the moon—an act of surrender Robyn later regrets. You also get the colorful characters she meets along the way—aboriginal women singing primitive tribal songs, the native who accompanies Robyn part of the way, the tourists who want a snap of the “camel lady,” the kindly old couple who wash her hair and treat her to a hot meal and a game of Monopoly—and the hardships: the blistered skin, the delusions baked into her mind by the cruel sun, the killing of a charging bull camel and the endless sand. At one point she grows so oblivious to conscious reality that an enormous snake crawls across her in her sleep and she doesn’t even know it.

Beautifully composed and memorably acted by Ms. Wasikowska, it’s too ploddingly paced for moviegoers weaned on action-fueled drivel, but the languid movement becomes part of the arduous adventure. This is the most brutal depiction of the complex Australian outback since Wake in Fright, but Tracks does give you an austere respite from the noise, boredom and negativity of life in the city Robyn is looking for—and a welcome escape from hackneyed filmmaking for the rest of us. Worthwhile and highly recommended. 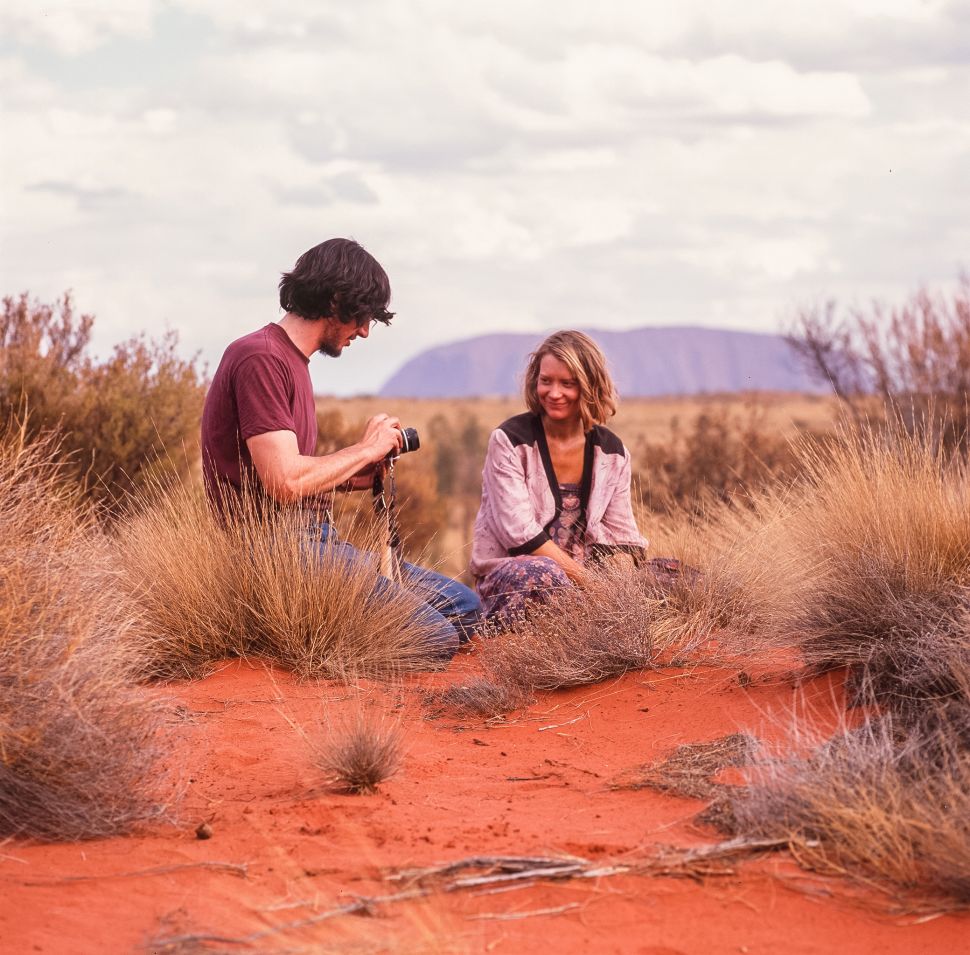