Clemson University is requiring  students and faculty give up personal information to a third-party site (Wikipedia).

Students and faculty at Clemson University in South Carolina recently opened their emails to find that they must complete a sexual history survey or face disciplinary action.

Campus Reform updated their report to reflect that the university has temporarily suspended the training course, but while it was active and mandatory, students had many concerns about privacy.

The school claims they are not analyzing the data or doing anything with it, so students are left wondering why it’s being collected in the first place. Additionally, the survey is hosted through a third-party site, so even if the school won’t be touching the data, it’s impossible to know who else might access it.

Students are concerned because the information will be linked to their full names, student IDs, email addresses, and housing information — all of which are used to log into the training course. While select questions include an “anonymous” bar across the top, it’s hard to believe it actually is after entering several pieces of personal information.

“I don’t understand why the university has a right to mandate this as forcible information when it’s so private, it’s personal, and no one should have to give that up,” J. David Woodard, a professor of political science at Clemson, told Campus Reform. “It’s so much of a disconnect from what we know this campus to be.”

For now, students are not taking the survey, but it’s unclear if the course will open again, as is the fate of the data that has already been collected. 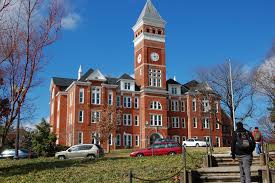