A long and unfortunate saga has reached its end, city records show. The 1890s townhouse at 118 West 76th Street, once named one of the five ugliest buildings on the Upper West Side, has sold, at long last, and for the tidy sum of $6.55 million. (The latter part of the story, of course, is not all that unfortunate for the seller, Diane Haslett.) But Ms. Haslett, an official on Brooklyn’s Board of Elections, has endured her share of homeowner’s woe, though much of it, some would say, she brought on herself.

For years, the Daily News reported last summer, Ms. Haslett resisted pleas from neighbors and the overtures of real estate brokers who thought it was about time she sell the place, which had fallen deeply into disrepair. Rats, vagrants and vandals all made regular use of the vacant property, which was surrounded by a wooden barrier bearing a misspelled warning to keep away. Some $12,000 in back taxes were due, and Ms. Haslett had accrued 20 Buildings Department violations; for failure to maintain a cornice, Landmarks issued a reprimand that threatened to cost the owner $5,000 a day.

This being a brownstone block on the Upper West Side, of course, nearby properties are mostly fanatically well-maintained. One neighbor, a teacher, went so far as to call the dilapidation of Ms. Haslett’s house “a tragedy.” That, naturally, was a perfectly ridiculous thing to say. But the tale did not lack emotional clout. The owner felt she could not part with the property, she said, because her late husband had many dreams wrapped up in it. Said dreams had to do with renovation, whose initiation she evidently couldn’t muster on her own.

But at least she’s gotten some compensation for her sorrow. And the expense of renovation is something that the buyer, Dana Luttway, is most definitely well-equipped to countenance. She’s been involved in a whole slew of opulent renovate-and-flips in that neck of the woods. And what was once the ugliest house on the block will likely be putting its neighbors to shame before long. The first will be last, and all that. 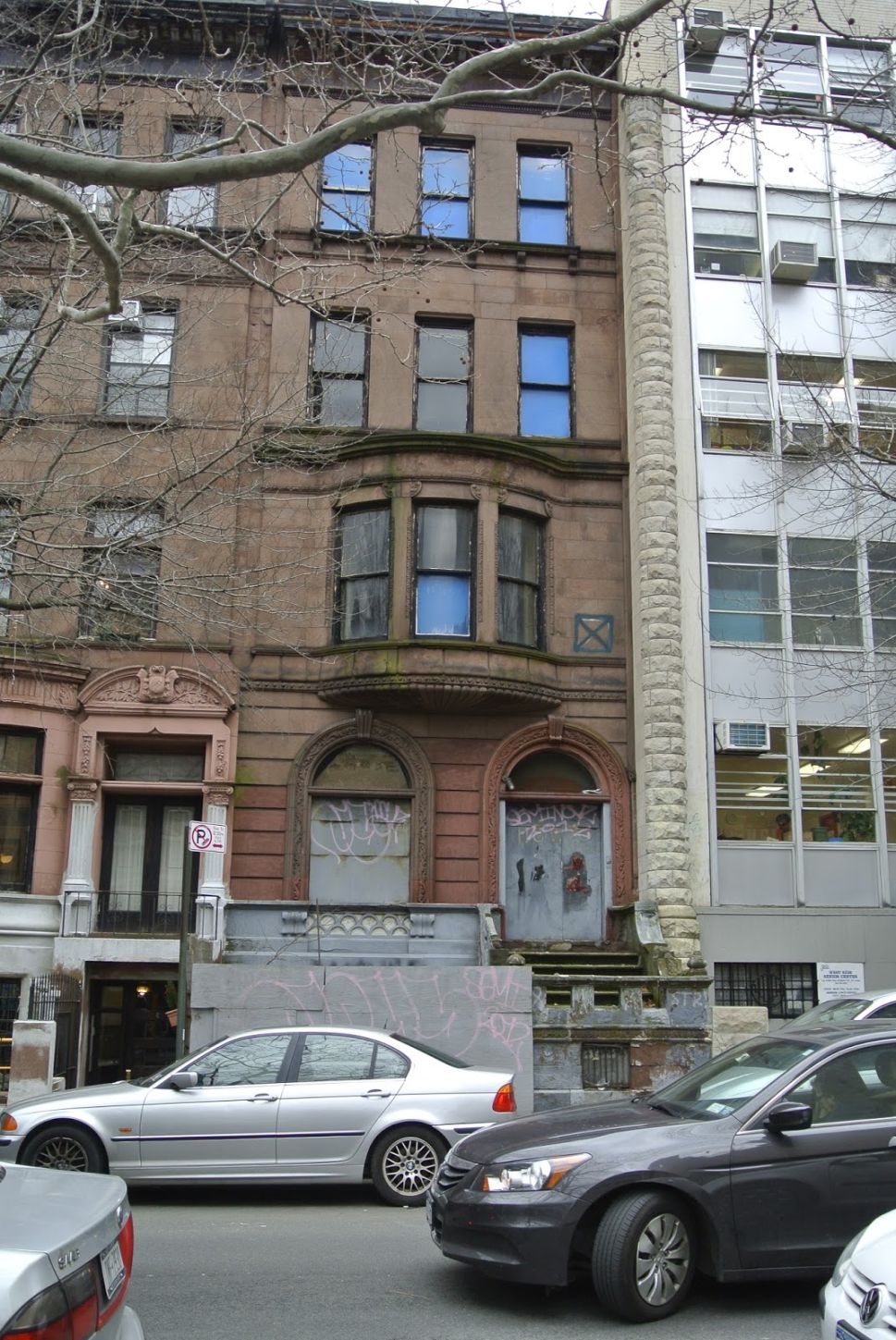 Filed Under: Transfers, Upper West Side