It’s a 40-year-old dream that city Democrats hope will come true next year.

A slew of city council and assembly members rallied at City Hall today to call for a rent freeze on rent-regulated apartments next year and, more ambitiously, the end of a law that has granted Albany great sway over how New York City regulates affordable housing.

“There are people running for governor right now and I do not know where they stand on Urstadt, including Governor Cuomo. I would like to know where he stands on repealing Urstadt and bringing Urstadt back to New York City,” said Councilman Jumaane Williams, the chair of the council’s housing and buildings committee. “I know that there will be some debates coming soon and I hope one of those questions to all of the candidates running for governor, including the current one, is where do you stand on the repeal of the Urstadt Law and bringing home rule to New York City?”

Passed in 1971 when Republicans controlled both houses of the state legislature and the governor’s mansion, the Urstadt Law took away the city’s power to pass local rent laws that are any more stringent than the state’s. At the time, New York City was reeling from a financial crisis and many observers believed more state oversight was needed.

Since the Urstadt Law’s passage, generations of city lawmakers have called for its repeal–every opponent of the law, so far, has failed.

Mr. Williams–along with Council members Ben Kallos, Vanessa Gibson, Mark Levine and Corey Johnson and Assembly members Richard Gottfried, Walter Mosley and Linda Rosenthal–took turns railing against both the restrictions placed on the city’s ability to rent regulate and the failure of the Rent Guidelines Board to not enact a freeze on rent-controlled apartments this year. While the RGB only hiked rents modestly–one percent on one-year leases and 2.75 percent for two-year leases–Democrats and a bevy of tenant advocates argued the burden being placed on working class residents is still too severe.

Mr. Williams, a prominent progressive in the council, singled out Mr. Cuomo because the centrist Democrat, who is close to the real estate industry, has not attempted to repeal the Urstadt Law. A spokeswoman for Mr. Cuomo did not respond to a request for comment about his views on the law, though Mayor Bill de Blasio is pushing for repeal–something that advocates hope will bring about the law’s end.

“There have been efforts to repeal Urstadt from the day it was passed,” Mr. Gottfried, a Manhattan assemblyman since 1971, told the Observer. “I think there is more momentum this year than ever before.”

Mr. Gottfried didn’t blame Mr. Cuomo, but said Mr. de Blasio’s efforts in Albany to push a more liberal agenda could pay dividends. Downstate Democrats are hoping a deal the mayor helped broker this year to return Democrats to the majority in the State Senate will mean long-dreamed of priorities, like an Urstadt repeal, will become a reality.

“We need a Democratic senate this year,” Mr. Kallos, a Manhattan Democrat, said.

But the future of the senate is unclear. Currently, a group of five breakaway Democrats govern the senate with the Republican Party. The Independent Democratic Conference vowed, with Mr. Cuomo’s apparent support, to align themselves with the mainline Democrats next year. Whether the deal ultimately holds together remains to be seen.

The leader of the IDC, State Senator Jeffrey Klein, has also not endorsed a repeal of the Urstadt Law. Like Mr. Cuomo, he is close to the many real estate industry advocates who are against the repeal. Many Senate Democrats are also reportedly not committing to a repeal. 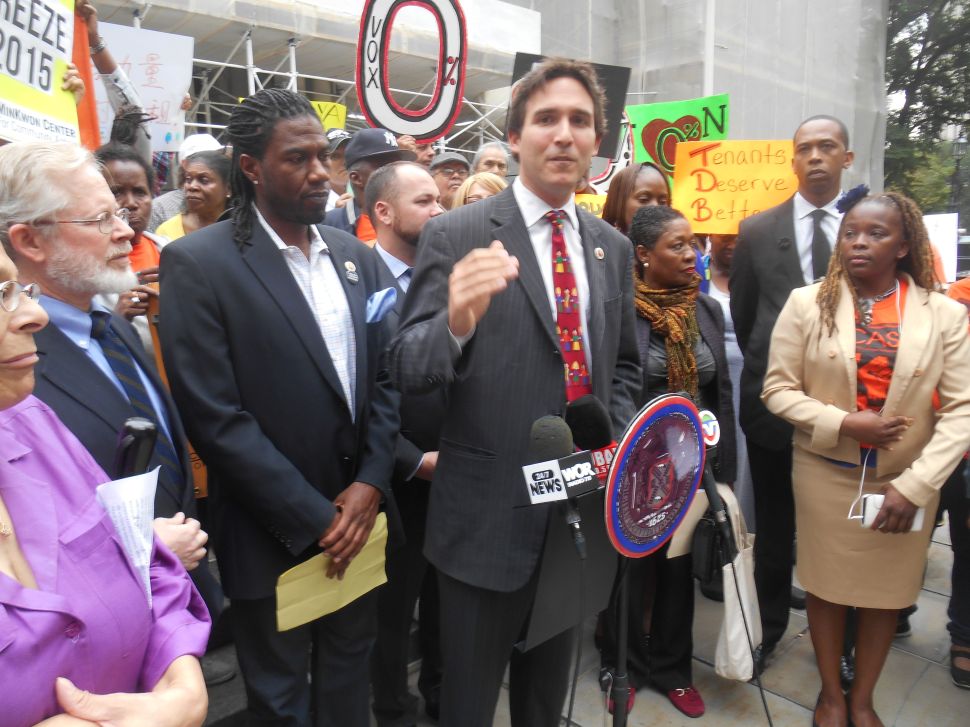