The soak-the-rich crowd is at it again. This time, the target is wealthy property owners who do not reside full-time in the city.

Not surprisingly, the rationale reflects a keen misunderstanding of economic reality.

The tax hikers have identified a predictable set of villains: wealthy, successful out-of-towners who wish to own a piece of New York property. Rather than welcoming this kind of commitment, the tax hikers wish to punish those who make the investment.

The rationale goes something like this: these people can afford to pay more and besides, the tax hike would not affect those who live—and vote—in the city. It’s a perfect tax!

Except, of course, that there will be plenty of harm done if the proposal, originally devised by the Fiscal Policy Institute, is implemented.

Let’s remember that there are plenty of world-class cities that would love to see this kind of investment from wealthy, mobile people from around the world. And let’s also remember that they already pay taxes here—a lot of taxes—even if they do not make New York City their primary residence. But, and here’s the beauty of it, they do not consume services. They don’t use the schools. They don’t require police and fire protection 24/7, 365 days a year.

The de Blasio administration says it is studying the proposal, which is more than enough to worry the real estate industry. Some industry analysts said passage of the surcharge could bring residential construction to a halt. That is precisely what the city does not need.

New York is a global city that attracts successful people from every continent. We should value their investment, not resent it. It’s a shame that City Hall may not agree. 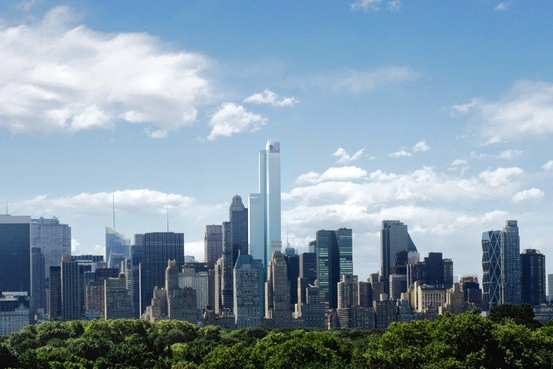