Zephyr Teachout conceded to Gov. Andrew Cuomo tonight, exulting in the amount of votes she was able to take away from the heavily favored and well-funded Democrat.

Ms. Teachout and her candidate for lieutenant governor, fellow law professor Tim Wu, heralded their defeat, pointing to the number of counties they won as an example of how much liberals are fed up with Mr. Cuomo.

“Democrats in New York have to shed their fear and speak up against it,” Ms. Teachout told a crowd of supporters at the swanky Hudson Terrace lounge in Midtown Manhattan. “I will not be your next governor but the Democrats of this state have been heard.”

Ms. Teachout, tears brimming in her eyes, spoke at length about the shoestring campaign she ran and how she, in her own eyes, pressured Mr. Cuomo to make more concessions to the left. Ms. Teachout promised to be a relentless advocate for the public financing of elections, the banning of hydraulic fracking and a reduction of income inequality. She told reporters that she did not expect, six weeks or so ago, to net the percentage that she did. “Anything over 25 percent is a miracle,” she said.

“I happen to love Rocky I,” Mr. Wu said, invoking a quote from Rocky Balboa, the famous underdog boxer. “Ladies and gentleman, we have gone the distance.”

Bertha Lewis, the president of the Black Institute and a prominent activist in liberal circles, boasted that Ms. Teachout had put “heat” on the centrist governor.

“Democracy is a crazy ass thing,” she declared tonight. “The current seated governor is feeling some heat.”

Ms. Teachout nearly won the endorsement of the labor-backed Working Families Party in May. After losing out on the endorsement to Mr. Cuomo, Ms. Teachout chose to continue her campaign, slamming the governor for interfering with an anti-corruption commission he created and excoriating him for hewing to the ideological center.

Mr. Cuomo and Kathy Hochul, the contender for lieutenant governor, enjoyed staggering advantages over the Teachout Wu ticket. While Ms. Teachout failed to raise a million dollars, Mr. Cuomo carried a war chest of more than $30 million, allowing him to flood the air waves and radio waves with advertisements. The Democratic political establishment was united in their defense of Mr. Cuomo and Ms. Hochul, recasting the former Buffalo area congresswoman as the left-wing lawmaker she was not in her one full term in Washington.

While Mr. Cuomo seemed to act at times as if the Democratic primary did not exist, Mr. Cuomo’s campaign and the State Democratic Primary took the race very seriously. Their fears, based on the vote totals, appeared justified: their enormous cash advantages bought a victory, but one less comfortable than they likely imagined.

Mr. Cuomo did not a host a victory party but congratulated both contenders in a brief statement. 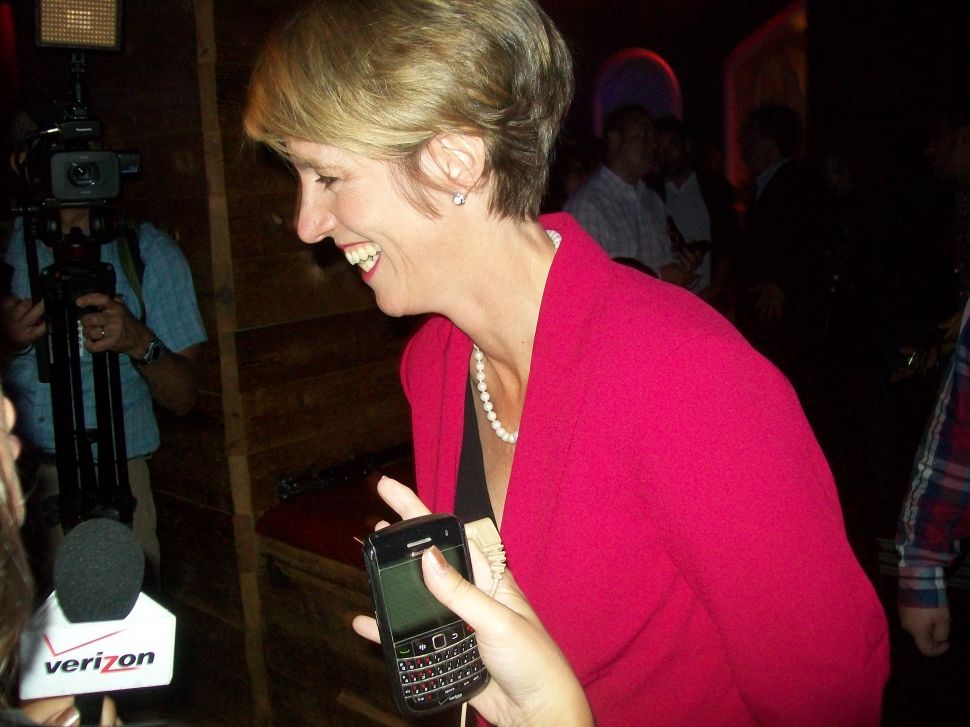