Tragically, yet another person has died taking a selfie.

A young woman named Chezka Agas drowned to death Sunday while posing for a group selfie after a friend’s birthday celebration in the Philippines.

The 18-year-old civil engineering student was overtaken by a strong wave that struck the group as they posed in front of the famous Bangui windmills on a beach in Barangay Masikil, Inquirer.net reported.

Police rushed Ms. Agas to a nearby hospital, but she was pronounced dead upon arrival.

With this many selfies gone wrong, a PSA regarding selfie safety may be in order. 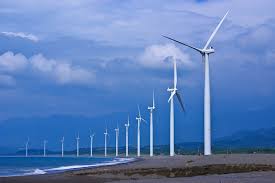