Numerous outlets have reported that Cara Delevingne and Pharrell Williams are working on a song together, which will be dropped as a surprise, any day now, a la Beyoncé’s self-titled album.

So now there’s only one thing left to do: wildly speculate about the song’s title and content.

We already know Cara can sing — she has a low, soulful voice, as evidenced in this clip of her singing “I Want Candy” a capella:

Here are a few ideas for the new song, please just credit us if you use them, Cara babe:

• “Tattoo 4 U” — We all know Cara loves her ink (and has been known to get it done in NYC). Maybe she’ll sing an ode to body art that sounds a little something like Britney Spear’s “Slave 4 U,” which Pharrell wrote.

• “Pouty” — Like “Happy,” but for models. “Because I’m pouty/Frown along if you feel like there’s foundation dripping into your eye.”

• “Pass the Veuve Clicquot” — One of Pharrell’s first big hits was “Pass the Courvoisier,” for which he sang the hook in 2002. Maybe Cara will make her own version, featuring fashion’s favorite beverage? Imagine that music video.

• “Swag (Turnt Up)” — Upon hearing that another model/personality is releasing a single, one can’t help but think of Kim Kardashian’s ill-fated (and robotically catchy) “Jam (Turn It Up).” It’s not too hard to imagine Cara coming up with her own version, complete with 2014 slang.

• (no title, just a two-minute drum solo) — Because this is a girl of many talents: 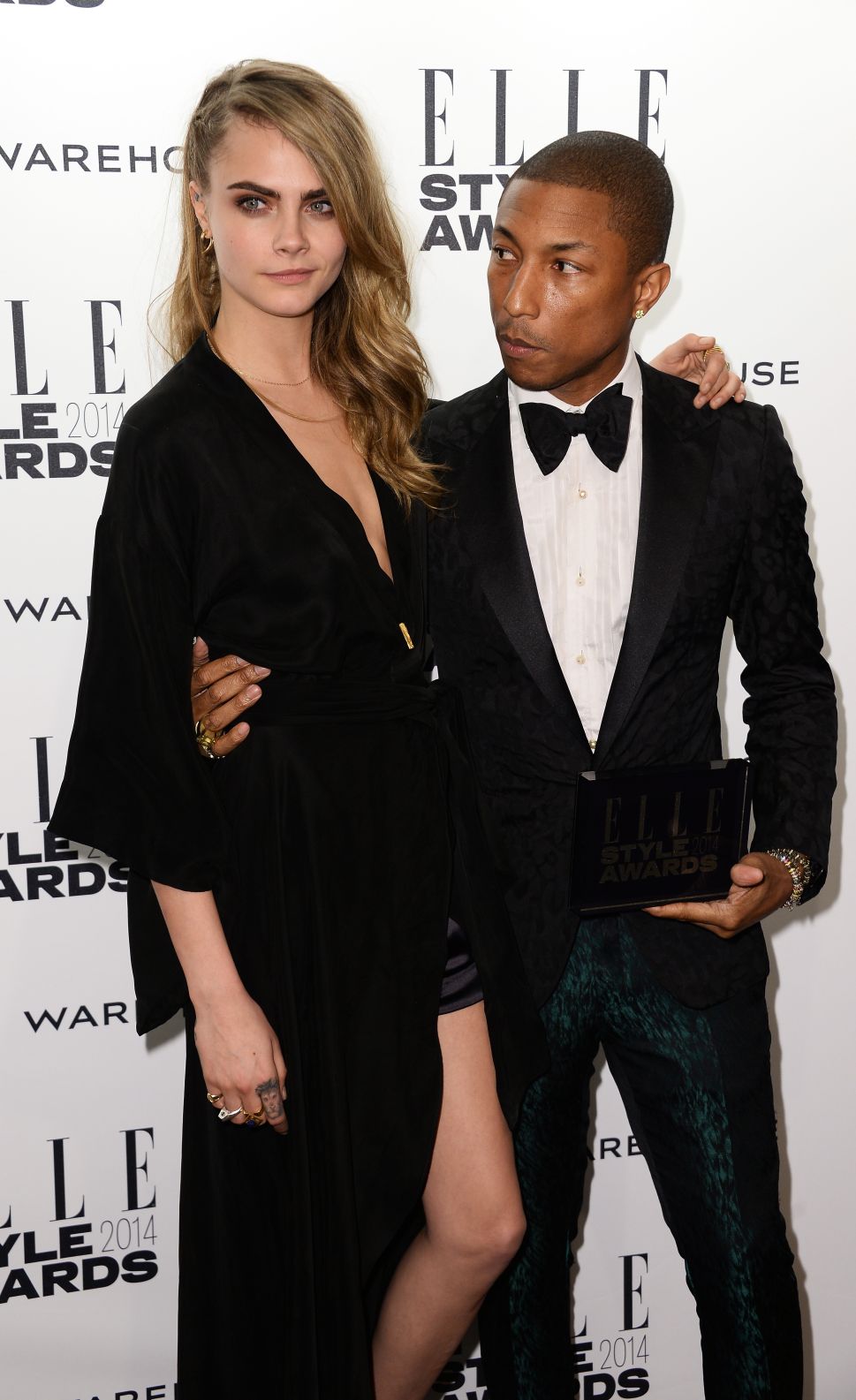