Absolut Vodka has announced the nominees for its 2015 Art Award, given every two years to one leading contemporary artist and one art critic.

Absolut gave out its first Art Award in 2009, initially for contemporary art only. The art writing category was added in 2013, Saskia Neuman, Absolut’s global art manager, told the Observer. “Art writing is incredibly underrepresented in terms of awards and stipends,” she said. “I thought it was a very important part of artistic practice and discourse around art that hasn’t been given enough focus.”

Absolut has long ties to the art world, having commissioned such artists as Andy Warhol and Keith Haring to do artwork for its “Absolut Art” campaign nearly three decades ago; an active art and sponsorship program has continued (supporting Documenta, Art Basel and the Brooklyn Museum, among others), with recent works commissioned from Mickalene Thomas and Cuban collective Los Carpinteros.

This year’s Art Award nominees include artists and writers from 24 countries, including Ghana, Iran and Costa Rica. The labyrinthine review process reads like a math problem: five jury members select 10 nominators to recommend five artists and one writer each for the award based on their past work. The jury members choose the finalists.

“We thought it would be a wonderful way to source artists without having an open call,” said Neuman. “Creating the extra layer made sure we created a certain amount of distance between the jury and the nominees, and at the same time that the nominees came from trusted sources.”

Of the 37 nominees, five finalists in the Art Work and Art Writing categories will be announced at Art Basel Miami Beach in December. The finalists will receive €2,000 each to create a proposal for a written piece or work of art. The jury will then choose one winner in each category, to be announced at the Venice Biennale next May, based on the strength of their proposals. Each winner will be awarded a €20,000 cash prize, plus up to €100,000 to produce the winning artwork or €25,000 to write the winning publication.

Last month Renata Lucas, 2013’s Absolut Art Award winner in the Art Work category, installed her winning site-specific project, “Museum of the Diagonal Man,” throughout her hometown of Rio de Janeiro. Art writing winner Coco Fusco, an artist and visiting scholar at MIT, will release her winning project in the fall of 2015. Providing a cash award in addition to project funding is what sets the Absolut Art Award apart from other grants, said Neuman.

“We want to facilitate the production of a new project or publication or continued research into a publication, but we’re also keen to support the artist in their living,” she said. “I think it’s only fair and it’s very just to be able to facilitate that through the award.” 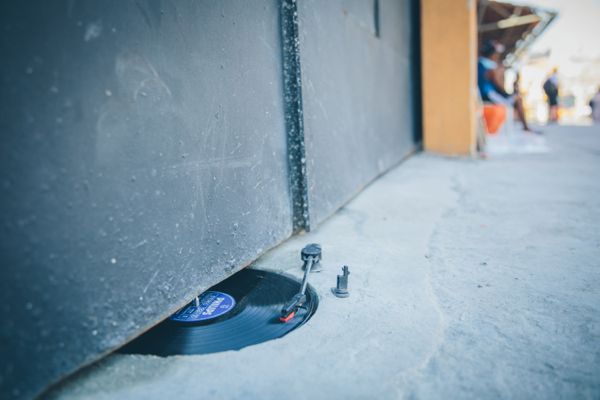