Just three weeks after serious doubts were raised about vaping’s effectiveness, Queens City Councilman Costa Constantinides has introduced a bill limiting the sale of flavored e-cigarettes to tobacco bars. This would be in addition to the general e-cigarette ban announced earlier this year.

“The e-cigarette industry has openly admitted that they are not in the tobacco cessation business,” Mr. Constantinides said in a statement. “This bill ensures that flavored e-cigarettes are treated the same way as flavored tobacco products and helps prevent children from starting a lifetime of addiction.”

In a separate interview with Gothamist, Mr. Constantinides expanded on his anti-vaping stance.

“I’ve heard the argument that it’ll help addiction,” Mr. Constantinides said. “I disagree. It just moves it to a different addiction. They’re being used as a way to find new users, not to get people to stop smoking.”

Industry advocates on both sides of the issue had strong responses to the proposed legislation.

“We are pleased to see Councilmember Constantinides’ interest in restricting the sale of flavored e-cigarettes in New York City,” said Michele Bonan of the American Cancer Society. “These products send the wrong message to our youth. E-cigarettes continue to be completely unregulated and they are very enticing to kids with bubble gum, mango and caramel apple flavors. “

The American Vaping Association (which is an actual organization) had a slightly different view.

“The AVA supports common-sense regulation of its products, such as New York City’s existing ban on the sale to minors,” AVA President Greg Conley said in a statement. “But adults are free to make their own choices. This proposed law would not only take away a consumer choice, it would eliminate a competitor to Big Tobacco.”

Mr. Conley also expressed concern that the various “vaporiums” in the city, in which “vapologists” test out new flavor combinations, would struggle if the bill became law.

Then again, if your top skill is “vapology,” you should probably find a more practical way to blow hot air anyway. 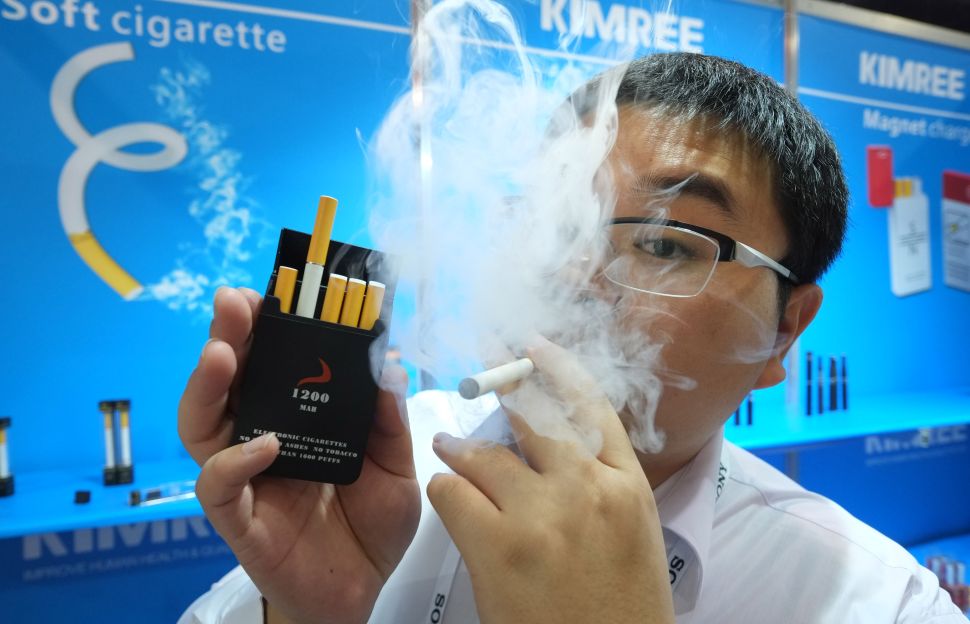